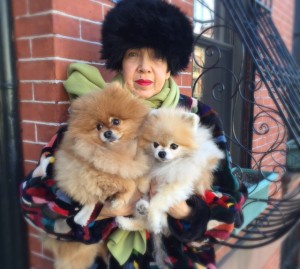 Yona Zeldis McDonough is the author of the new novel for kids The Bicycle Spy. She has written many other books for children and adults, including the novel The House on Primrose Pond. She is based in Brooklyn, New York.

Q: The Bicycle Spy, your new novel for kids, takes place in World War II-era France. Why did you decide on that setting, and how did you research the book?

A: In this case, I was tapped by an editor at Scholastic and given a very brief synopsis which I was invited to expand. I also wrote a few sample chapters. 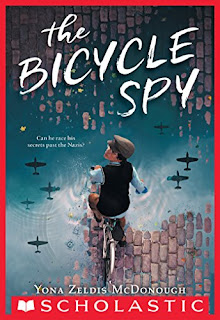 Researching the book was a pure delight because I love historical fiction and am a total Francophile besides.  So I read books, scoured the Internet, and consulted with a professor of French history at Vanderbilt University. There is so much material on this period that the issue was not finding it, but selecting it.

…I loved researching the Tour de France, and especially enjoyed finding images from the races of the period.
Q: Another of your recently published books is The House on Primrose Pond, a novel for adults that features a novel-within-a-novel. Why did you choose to construct the book that way, and how did you come across the story of Ruth Blay?

A: I’m going to answer the second part of your question first. I had decided to set the novel in New Hampshire and the two main characters, Susannah and Alice, were already talking to me, telling me their stories.

But I wanted to widen the scope of the novel so I began to research New Hampshire history for ideas. I was looking for something big and dramatic, like a fire, a flood, an epidemic--something that would have had an impact on many lives.

And what I ended up finding was the story of Ruth Blay, who, in 1768, was the last woman hanged in the state. She was accused of killing her newborn daughter but convicted only of concealing the birth of an illegitimate child, an offense then punishable by death. 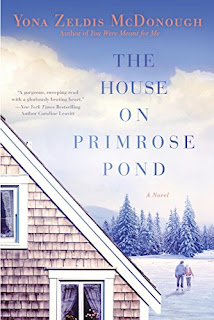 I knew I wanted to tell Ruth’s story but did not want to write a purely historical novel. So I came up with the novel-within-a-novel structure, because it allowed me to move back and forth between the two time periods and to control the way I handled the historical material.

Q: As someone who writes for children and adults, do you have a preference, and is your writing process different depending on your audience?

A: The process is pretty much the same—waiting and hoping for the muse to tap me on the shoulder, and working through the various drafts and revisions. I don’t have a preference, I just want to be writing a book that sets my tail wagging from start to finish.

A: I just completed a novel set in 1947 that deals with the “polite” kind of anti-Semitism highlighted in the film Gentleman’s Agreement. So I’m hoping to find a home for that in the coming months.

I’m also toying with an idea for a middle-grade novel set during the Civil War, and fine-tuning a picture book manuscript. Picture books have very few words—900-1000 is typical—and so every single one has to shine.

A: I write pretty much every day, in a small room on the second floor of my house. I’m not easily distracted and can tolerate some interruptions and noise. My two little Pomeranians—a pair I adopted some years back—keep me company. And I love hearing from readers; they are the other--and essential—part of the conversation we call literature.