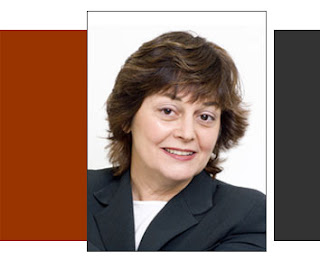 Katherine Ashenburg is the author of the new book for kids All the Dirt: A History of Getting Clean. Her other books, for adults, include The Dirt on Clean and The Mourner's Dance. She has worked for the Canadian Broadcasting Corporation and The Globe and Mail, and her work appears regularly in The New York Times Sunday Travel section and Toronto Life magazine. She lives in Toronto.

Q: How did you come up with the idea for All the Dirt? I know you had written a book about dirt for adults.

A: When I was researching the grown-up book 10 years ago, [an editor] thought it would be a good subject for a kids’ book, for age 9-12. Then about two years ago, I [remembered that]!

I’d written a couple of kids’ stories, but was never successful in getting them published. I have lots of grandchildren and I read to them, but only fiction. When I began to get edited, I was surprised by what [the editor] wanted. It was a huge revelation to me.

Q: What were some of the differences between the adult version and this new version for kids? 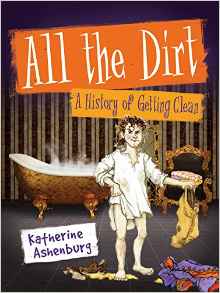 A: I thought I was going to have to cut the book, take out the long words, the sex, and the anecdotes which meant a lot to grownups because we bring a historical context.

[For example, when writing about] the 18th century, I say, Goethe’s family washed their clothes twice a year. I thought, to grownups, that has resonance, to mention a famous poet, but to kids it would mean nothing.

Was I wrong! I had to cut it down in terms of size. I was given a wonderful editor, Barbara Pulling. We did our editing by email. She said, no sex in the sense of intercourse, but never forget this is an audience for whom a bare bum is always funny! Kids love that kind of stuff.

Often I would change a word from a three-syllable word to a simpler one and Barbara would change it back…she thought kids could [handle it].

When it was designed, I thought, I get it! The designer made graphic literacy of it! The structure was very hard for me to relate to as a writer. 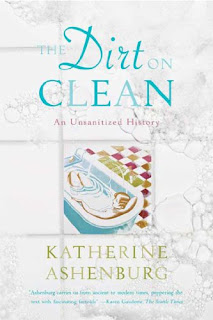 The second thing Barbara wanted was a much more multicultural approach. The grownup version was a North American/European version of the story, and it had a plot.

The Black Death forced doctors to figure out why one in three [people] were dying. They thought it was because when you were in hot water, your pores would open and disease would get in. There was a 500-year history [after that] of fear of water, and then the gradual reintroduction of water and washing. The Western story has an arc and a plot.

Asians, Africans, [other parts of the world] have been washing themselves and having the same attitudes for thousands of years. It was hard to research cleanliness—we don’t write in diaries, “Today I took a shower.”

I had to do new research about other parts of the world. Barbara would say, I don’t want to see people in Africa or India through the eyes of missionaries or colonists. But I was dependent on languages I could read!

It was a huge amount of new research. It’s an important part of kids’ literature--school boards and library boards want the books to be as inclusive as possible…Now I’m so reconciled to those changes. And I’m pleased they used archival photos and paintings.

Q: Was there anything in your research that particularly surprised you?

A: There were individual things. In Zimbabwe, people wash their bodies and then coat themselves with a protective layer of grease. In a way, that took me back to the Romans, who would put on oil.

I think I knew that Europeans were among the dirtiest of cultures. I could have been surprised that Asians, Africans, indigenous people had higher standards of cleanliness [but I knew that already]. 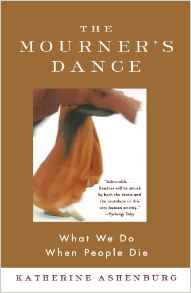 Q: You begin the book with Telemachus, the son of Odysseus and Penelope. Why did you choose to start with him?

A: It was Barbara’s idea to start every chapter with an introductory fictional prelude about kids in that period. [I had read] The Odyssey, which had scenes of bathing. Telemachus is really a young man, but was as close as we could come to a kid in Ancient Greece in a book filled with washing!...

Q: What do you see looking ahead when it comes to dirt and cleanliness?

A: I hope we will get more sensible about cleanliness. We are at a place of extremes. Some people are taking the hygiene hypothesis seriously--the theory that the rise in allergies and asthma is because we’re taking [cleanliness] too seriously and washing off too much good bacteria. On the other hand, [it’s sometimes difficult to identify] the friendly bacteria from the unfriendly bacteria. I’m hoping they’ll find the answers.

A: I’ve almost finished my first novel for grownups. It takes place in Sweden. It’s about two marriages, two friendships, work and love and all those things novels are about! It’s going to be published in 2018.