Charles Fernyhough is the author of the new book The Voices Within: The History and Science of How We Talk to Ourselves. His other books include A Box of Birds and Pieces of Light. A psychologist, he directs the Hearing the Voice project at Durham University. He lives in County Durham, U.K.

Q: In The Voices Within, you write, “Talking to ourselves is a part of human experience that, although by no means universal, seems to play many different roles in our mental lives.” What are some of the roles it plays?

A: We talk to ourselves for all sorts of reasons. When we do it out loud, it’s called private speech; the silent, internal version is called inner speech. 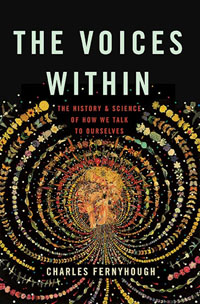 Both versions seem to have a range of different functions. We talk to ourselves to plan what we are about to do, such as when we anticipate a difficult meeting. We use inner speech to motivate ourselves, perhaps to psych ourselves up for a tennis match or scary interview.

We can also use language to tell ourselves off and talk through how we’ll do better next time. Inner speech features in remembering, imagination, creativity, and daydreaming, and in preparing for what we are about to say out loud - particularly if we are speaking an unfamiliar language.

Q: You note that talking to yourself has a social role. Can you say more about that?

A: In one sense, inner speech is the opposite of social - it is language addressed to the self. But it seems to have a lot in common with the language we use to communicate with other people.

The most prominent theory about inner speech, that of the Russian psychologist Lev Vygotsky, says that inner speech begins as social dialogue and gradually becomes internalised. That is, words that were previously used to influence the behavior of others become turned back onto the self.

We can see this change happening in childhood, as children move from social conversations, through a stage of private speech (talking to themselves out loud), and ultimately to silent self-talk (inner speech). 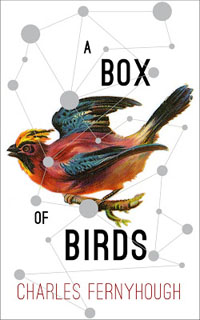 One important implication of this is that even ‘solitary’ inner speech has a social structure - we really are talking *to* ourselves.

Q: In the book, you discuss the voices someone hears while reading a book. What goes on in a reader’s head and what are they likely to be hearing?

A: I remember being asked as a child whether, when I read a book, I could hear the characters speaking in my head. I said that I could (and my own young son recently said the same).

In The Voices Within, I describe a survey we conducted with a large sample of keen readers. Around 1 in 7 said they could hear the characters in a novel speaking as clearly as if a person had been in the same room as them, speaking aloud. We hope to publish the full results of this study next year.

A: Hearing voices is horribly stigmatised. A recent survey of U.S. media outlets found that, in around half of the cases in which hearing voices was mentioned, the article made a connection to violence.

This is a gross misrepresentation of an experience that is part of everyday life for a large number of people. Hearing voices is associated with a range of mental disorders, including but not limited to schizophrenia, but it is also experienced regularly by a significant number of people who are not mentally ill. Our best guess is that a further 5 to 15 percent of regular people will have some occasional or fleeting voice-hearing experience. 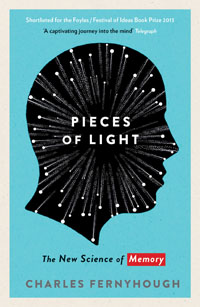 The key thing to bear in mind is that many people have had this experience, and many are living comfortably with it. There is support and information out there.

A: I am currently working on a novel about faith and science, set in the Middle Ages.