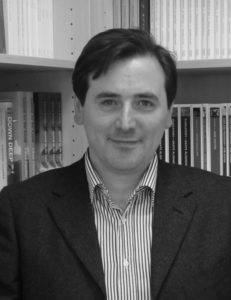 Alessandro Gallenzi is the author of the new novel The Tower. His other books include Bestseller and A Modern Bestiary, and his work has appeared in a variety of publications, including The Times and The Scotsman. He is the founder of Hesperus Press, Alma Books, and Alma Classics.

Q: How did you come up with the idea for The Tower?

A: I first had the idea for The Tower over 20 years ago, well before Google launched its Books Library Project or even existed.

It was the beginning of the Internet era, and I could see that among the applications of the world wide web would be information cataloguing and, more importantly, control. I wrote a first chapter in Italian and a long treatment for a novel. The [Giordano] Bruno story was already there, but it wasn’t fully developed.

When I moved to Britain in 1997, I lost the treatment and moved on to other projects. My love for Bruno and his work prompted me in the meantime to read all of his Italian Dialogues and his Latin works, especially the ones on mnemonics.

I also became fascinated with the papers of his Venetian and Roman trials, which I studied in depth, looking at discarded minutes and any other material which could give me context and detail. 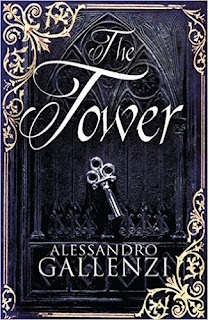 When, two years ago, I found on an old computer the abandoned first chapter of the novel, I decided to revisit it, using my experience as a publisher and offering my take on the digital revolution as yet another manifestation of the centuries-old struggle for cultural dominance and mind control.

A: Sixteenth-century Italian history and literature have long been among my favourite areas of interest. Being a native Italian and having studied Latin, I had easy access to many rare and obscure documents relating to Bruno and his trials.

I also benefited from the works of Frances A. Yates, especially her landmark book, The Art of Memory, which was in fact the first inspiration for my novel.

Balancing fiction and history is always difficult. Most readers and reviewers prefer my Bruno chapters to the one in the present, but I feel that without its contemporary counterpoint the storyline in the past would lose its purpose and be rather gloomy. I saw the present-day events as a way to lighten up the mood and make the Bruno story relevant to the modern reader. 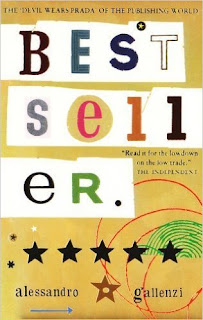 Bruno and the Inquisition are not very promising subjects for a work of fiction. However, I tried to bring out the Nolan’s voice from his own works and his trials, as well as from coeval documents, weaving a lot of authentic sixteenth-century dialogue into my narrative.

Q: Did you make many changes as you were writing, or did you follow a strict outline?

A: I don’t usually make many changes as I write. I am a slow writer and must be satisfied with what I have written so far before starting a new chapter. When I finish the first draft of the entire novel, however, I tend to look at it in a different way and can be quite a brutal editor.

In the case of The Tower, I lost about 15 percent of the first draft during the last edit, since I was looking for better pace and characterization. This didn’t satisfy me, though, and between the first and second edition of the book I trimmed away another 5 percent of the book.

I tend to follow a loose rather than strict outline. At times what happens is that I write three quarters of a book and then jot down a chapter-by-chapter outline of the remainder of the story, to make sure I don’t get lost, especially when the novel is multi-layered and the plot is complex.

I must admit that I was about to give up writing The Tower when I was only a few chapters from the end, as I felt I couldn’t bring the various strands of the two stories together to a satisfactory ending. Then I had a sudden burst of energy and inspiration and was able to complete the novel. I never felt like a more relieved man! 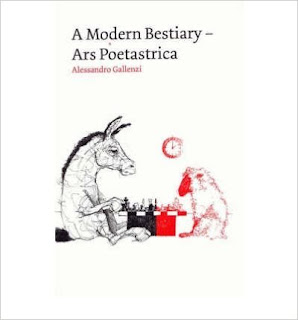 Q: As a publisher, a writer, and a translator, how do those skills complement one another for you?

A: I firmly believe that authors should always write about what they know and what they feel passionate about, so my experience as a publisher and translator are very important when I come to write an original piece of fiction.

In particular in The Tower I felt I had to call on my translation skills, since great sections of the Bruno chapters were, in a way, translations or adaptations from first-hand sources of his time.

When I write in English I don’t translate in my head from the Italian, but any act of writing, just as any expression of our mind or body, can be regarded as a translation from thought to action. So I believe that a knowledge of the translation process can come in handy in any field of life, not just writing.

A: I have just completed a new novel. It’s the first one I have written in Italian, and it was a liberating experience. It is set in a lunatic asylum in Italy during the 1930s at the time of the Mussolini regime. I will be looking to get it published first in Italy (and later in Britain) in the new year.

I am reading the proofs of my translation of Pope’s Art of Sinking in Poetry and Epistle to Dr. Arbuthnot, to be published by Adelphi in Italy in February 2017, and I am also researching for a new novel, which will also be set in Italy and will probably take me back to my childhood and my hometown of Genzano, near Rome.