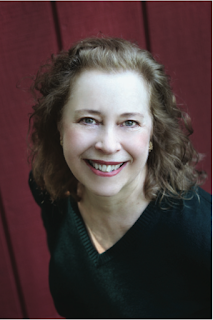 Roselee Blooston is the author of the new book Dying in Dubai: A Memoir of Marriage, Mourning, and the Middle East. Her work has appeared in AARP The Magazine and Moxie, among other publications. She is an actor and playwright, and was founding director of Tunnel Vision Writers' Project. She is based in New York's Hudson Valley.

A: It wasn’t a decision so much as a process. A few months after my husband died in 2008, I started writing, mostly for my sanity. Two years later, I had a whole collection.

Then I thought, I haven’t written about Dubai [where he died suddenly while working there]. I could use this opportunity to write about [this period, at a writing workshop]. That was the way I could handle reliving it.

I thought, It’s a memoir, not an essay collection. The vignettes of widowhood [are in the book too].

Q: So what was the impact of the workshop?

A: It was very helpful. I trusted [the participants] for a response.

Q: In the book, you write about a very hard time in your life. Was writing about it helpful and also difficult?

A: I don’t think I could have done Part 1, Dubai, without having people to hand the rough stuff to. When something this traumatic happens, you’re imprinted with it. A friend who’s a therapist said, You’ll never forget any of this. 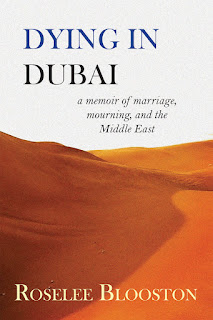 I thought it was better to get it down on paper. It wasn’t easy. Every draft was difficult in some ways. At some point it shifted from being personal to being about the craft.

A: My brothers-in-law come off as heroes. They are very moved by it. They are well aware of the issues with other family members. My son was 21 when Jerry died. He’s 30 now. I ran a lot by him to make sure he thought it was OK.

I don’t know what everybody thinks, but I have heard from my sister-in-law. She loves it, and [my brother-in-law] Ross is coming for Thanksgiving with his wife, who’s in the book. I’ve heard it seems to be OK.

I must have gone over [certain] sections a million times. I wanted the behavior to reveal what was going on.

Q: How did you come up with the final structure for the book’s organization?

A: There was a period after the first workshop where in a rough way I decided to put the scenes of widowhood in order. I realized that the 15 days in Dubai, Part 1, and the 13 months after were in an emotional way, equal in weight.

Dubai became the metaphor for going through a foreign land, an external journey [that goes with] the internal journey, the grief. Once I understood the time frame and the way it was equal, I understood what was happening.

In 2012 I brought in a developmental editor, and she talked about character, the same things you’d talk about with fiction. I worked with more than one editor, and kept refining it until I thought it was ready.

A: That was the first thing that came to me. I’m a title person. I’m an actress and playwright, and the title came first. When I was at a launch party in Montclair, one of the members of the first workshop said, I love it that you knew it was Dying in Dubai all along. I like alliteration!

It was always there, and it made it real for me. I kept thinking, I have to fulfill this.

A: I have three projects in various stages of readiness. I wasn’t working on this full-time. I have a novel and two memoir-like [projects] that are lighter. I have a sequel, a happier sequel. I have a title—Hudson Valley Happiness. I’m in a different phase of life, about aging and reinventing.

There’s a memoir piece about my life in the theater. I’m not sure which comes next.

A: I think the most important thing to realize is that although it’s a difficult, emotional, painful journey, it ends with real peace and joy. After loss, there is renewal. Grief will not kill you, you’ll be able to survive and thrive if you let all the emotion come through you.