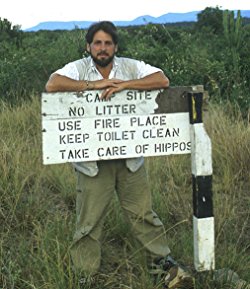 Richard Sobol is the author of the new children's picture book Growing Peace: A Story of Farming, Music, and Religious Harmony. A photographer and writer, his other books include Abayudaya: The Jews of Uganda, Breakfast in the Rainforest, and Elephant Twins. His photographs have appeared in a variety of publications, including Time and National Geographic. He lives in Cambridge, Massachusetts.

Q: How did you first learn about the Abayudaya of Uganda, and how did you end up writing this book?

A: I had done wildlife projects in Uganda…and had a comfort level traveling there. I was listening to Ugandan music, and I heard a recording of the group, the Abayudaya. At the time there was very little information about them.

I met a graduate student at Boston University who was doing a master’s thesis and had visited that community. I was really intrigued, and I went to make contacts and check it out to see--Was it really a practicing group of Orthodox Jews in a far corner of Uganda? What was their story? 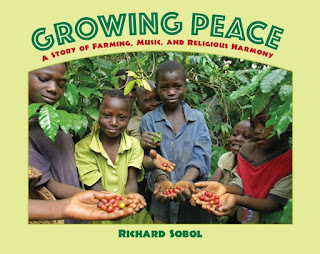 I met them, and they were very receptive to my wanting to tell their story. I saw how genuine their commitment was, how fascinating their story was, and how moving their music was. I said, I want to share your story…

I recruited Jeffrey Summit, an ethnomusicologist at Tufts and an ordained rabbi, to join up. We traveled back and forth, and completed a book and a music CD.

That precipitated the visit by J.J. Keki to the United States, and it led to the coincidence of his being in lower Manhattan on September 11, and to the genesis of the interfaith cooperative. He had been in Boston on September 10, and Jeffrey and I brought him to the train station and said, Have a nice trip to New York.

Q: So how did this new book come to be? 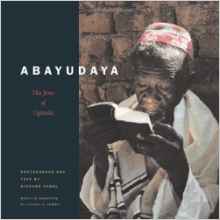 A: Once I learned of the coffee cooperative--here was an instance of Muslims, Christians, and Jews working together--it became another story that was important to share.

There were two things that compelled me to tell the story. There are so few examples of interfaith cooperation that give hope. And having done a lot of work in Africa, knowing my colleagues in the world of news and photography focus on “Afropessimism,” here was a story with a different message from Africa, a story of hope…

There’s a companion music CD from Smithsonian Folkways. It was put out a couple of years ago.

Q: How would you describe relations between Jews, Christians, and Muslims in the village you write about? 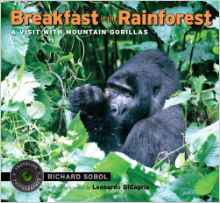 A: As good as anywhere in Africa. Clearly, there is a sense of respect, and a willingness to work together, that is fairly unique. There are very few places in Africa where the three faiths live side by side—so it’s unique.

In this place, they have embraced and have consciously set out to do something unique.

Q: How was the coffee project started, and how is it doing today? 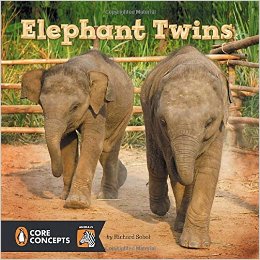 A: The coffee project was started because in that area, coffee is one of the predominant cash crops. Most families who are part of the cooperative have small gardens with tomatoes and beans for the table, and coffee is their cash crop.

Most Arabica coffee is from smaller plantations. It’s very labor-intensive and it’s a slow process. It’s not like a machine or a crew can come in and within 48 hours get the fruit out. It tends to be smaller family farms.

The hillsides where the community lives is very favorable to coffee. The cooperative has grown in recent years to families in the lower levels, the swamps, who are planting vanilla. The cooperative is trying to expand its membership by including vanilla.

Q: What do you see looking ahead for the village?

A: I never predict! Africa has a very complicated social structure and politics. The pattern has been growth. In the time I’ve been going there, there’s been growth in infrastructure, more access to electricity, running water, education.

There certainly have been improvements since I’ve been watching and been involved with the community. There are more outside visitors—the tourism business was nonexistent and is creeping slowly ahead. There are a handful of visitors, but more than a decade ago.

J.J. is now a subcounty chairman; he won an election. His brother is a member of the Ugandan parliament. Their involvement with the West has given them a footing and allowed them to move ahead in politics.

A: I’m just back from Kenya. I’m doing a book on the struggle of protecting rhinos. [I saw the] last male Northern White Rhino, who’s very old. It’s pretty much the end of the species. It is a story about survival and the resurgence of the Southern White Rhino.

Q: Anything else we should know about Growing Peace?

A: I’m hoping the book fills a niche for classrooms and teachers looking for ways to find an example of interfaith cooperation.