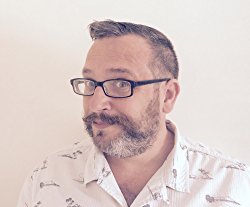 Writer and illustrator Gary Northfield's work for younger readers includes Julius Zebra: Rumble with the Romans, Julius Zebra: Bundle with the Britons, Gary's Garden, and The Terrible Tales of the Teenytinysaurs!. His comic strips have appeared in a variety of publications, including The Beano, The Dandy, and National Geographic Kids. He is based in the U.K.

Q: As a writer and illustrator, how do the two art forms complement each other for you? 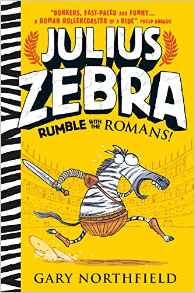 A: Coming from a comic book background, to me, words and pictures are synonymous with each other in storytelling. In comics the balance between the two has to be right, otherwise it fails as an art form. They have to work for each other, seamlessly telling a story without jarring you out of the book.

Even in my Julius Zebra novels, my illustrations aren't there to decorate the text, they work as integral cogs of the story.

Q: Are you usually working on one project at a time, or more than one?

A: I'm always spinning lots of plates! Ever since I became a freelancer, I've made sure I've had more than one project on the go. It's not sensible to put all your eggs into one basket! It can lead to stressful clashes of deadlines, but I prefer to fly by the seat of my pants. 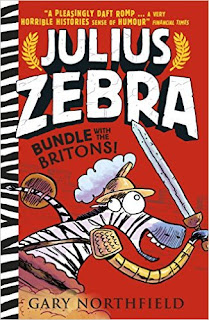 Q: Do you usually come up with the text before the pictures, or vice versa, or simultaneously?

A: In comics it's very much simultaneous. I visualise my stories in my head as little TV comedy sketches and I would write down notes on dialogue. But I then pretty much work out the story as a comic strip, speech bubbles and all, at the same time.

With Julius Zebra, I would write the story in indesign, with the book laid out as a reader would find it. This makes it easier for me to work out where an illustration is needed.

I did try to write all the text, then add illustrations afterwards for Julius Zebra book 2, but it was an absolute disaster! I definitely need to have a strong visual sense of the book and the turning of the page, in much the same way as I need to have an overall idea of a comic page layout, to make it work. 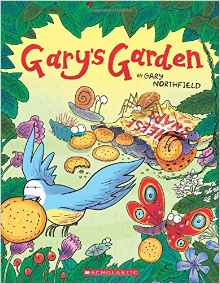 A: I'll always have a soft spot for my first professionally published character, Derek The Sheep. Derek ran in the children's weekly comic The Beano, a very famous and very old comic in the U.K., for seven years.

It was with Derek that I learned my storytelling craft whilst working to tight deadlines. We went on quite a journey together! 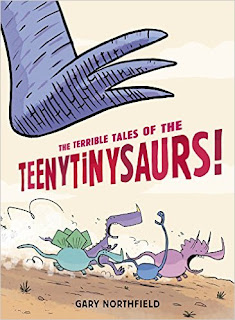 A: I'm currently working on Julius Zebra book 3, where Julius travels to Egypt and becomes Pharaoh. I'm also working on Gary's Garden for the weekly comic The Phoenix.

A: I've recently dipped my toe into publishing with my girlfriend, Nicky Evans, and have started reprinting my Derek The Sheep strips as jolly books, as well as publishing work of some of my fellow children's comic colleagues. Another plate to spin!