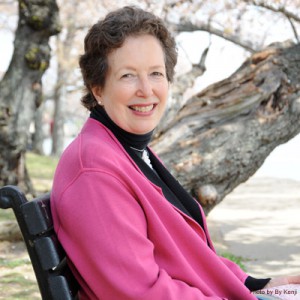 Ann McClellan is the author of the new book Bonsai and Penjing: Ambassadors of Peace & Beauty. She also has written Cherry Blossoms and The Cherry Blossom Festival, and has worked for the Smithsonian Institution, the World Wildlife Fund, and the American Association of Museums.

Q: How did you come to write this book, and have you always been interested in bonsai?

A: The original idea for this book was generated by a conversation between Deborah Ziska, a National Cherry Blossom Festival board member, and Jack Sustic, then curator of the National Bonsai & Penjing Museum. 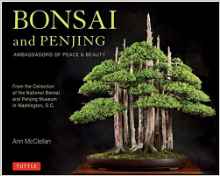 My life-long interest in trees of every size began in my childhood because I grew up on a school campus in New Jersey laid out by Frederick Law Olmsted. Working on Bonsai and Penjing, Ambassadors of Peace & Beauty has deepened my awareness of all trees everywhere and now I see trees in landscapes as if they were bonsai grown large.

Q: For those of us who are not sure, what are some of the differences between bonsai and penjing?

A: The Chinese art form of penjing was the precursor of bonsai in Japan.  It was one of several Chinese cultural elements adopted by the Japanese centuries ago, like calligraphy. The idea of both art forms is to create the illusion of great age in miniature.

Some differences are that penjing tend to be “looser” than Japanese bonsai, and sometimes penjing are created using only rocks, without any plants at all. Containers are important in both art forms, though they typically play a subordinate, complementary role in Japanese bonsai, while they are more “equal” in the overall penjing display. 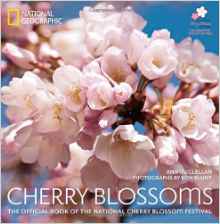 The term “bonsai” can be applied to the tiny trees and landscapes from anywhere, including China, but the donor of the penjing that came to the museum in 1986 insisted that “penjing” be added to the name of the museum so visitors would know to expect to see Chinese exemplars.

Q: The book’s subtitle describes the trees as “ambassadors.” What role have they played in international diplomacy?

A: Bonsai and penjing have often served as official gifts between nations, thanks to their powerful impact as symbols of peace and international friendship.

The National Bonsai & Penjing Museum was founded by a gift of 53 trees from Japan in 1976 in honor of America’s bicentennial. Richard Nixon was given penjing when he visited China in 1972 though none of these survive.

As gifts, they represent a living expression of the donor country’s natural environment and artistic legacy. They are also used to make foreign visitors feel at home. Presidents Carter, Clinton and George W. Bush all asked to borrow bonsai from the museum to grace the White House when Japanese dignitaries visited. 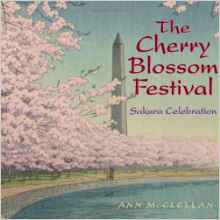 Q: The book includes many beautiful photographs.  How did you research the book and also the photos that are included?

A: Thank you for your kind words about the photographs.  I actually began the research for the book based on what photographs were available from the U.S. National Arboretum and the National Bonsai Foundation.

Yes, I am a writer but I believe the truism that a picture is worth 1,000 words! The images were taken by a variety of people, notably including professional photographers Michael Colella and Joe Mullan, as well as by National Arboretum staff members.

The other “springboard” for my research was Dr. John Creech’s booklet, The Bonsai Saga, How the Bicentennial Collection Came to America. I knew from the outset that most of Dr. Creech’s text would be included in my book, so it was my task to expand upon it and give it a contemporary context.

A: I hope Bonsai and Penjing, Ambassadors of Peace & Beauty will enhance visitors’ enjoyment of the living works of art on view at the museum and that it will inspire others to visit. Beautiful as the photos are in the book, they don’t compare to the experience of seeing the enchanting tiny trees and miniature landscapes in person.