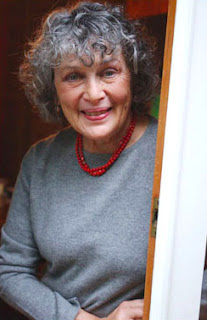 Susan Goldman Rubin is the author of Brown v. Board of Education: A Fight for Simple Justice, a book for older kids and young adults. Her many other books include Roy's House, Hot Pink, and Freedom Summer. She teaches in the UCLA Extension Writers' Program, and she lives in Malibu, California.

Q: Why did you decide to focus on Brown v. Board of Education in your new book?

A: I knew about it, and that it is a landmark case, one of the most important of the 20th century, but I came to it in a curious way.

I do a lot of nonfiction, but I was an artist. I grew up in New York, and went to the School of Music and Art. I also do picture books and novels.

I was working on a novel set in the 1950s, based on my own experiences as an art student in New York. I wanted the character of the girl’s older brother to be involved in civil rights. What would a Jewish young man in New York be doing on civil rights?

I had done a book on Freedom Summer. I was struck by the people who had gone South to do something. I wanted this character to do something like that.

I came across the name June Shagaloff Alexander, who worked with Mr. Marshall. She was wonderful in filling me in. She worked with him during the struggle on Brown v. Board of Education. I became so caught up I almost forgot about my novel! She game me suggested reading.

I contacted the Brown Foundation and they wrote back. Many of us didn’t realize there were five cases involved. It wasn’t just Brown v. Board of Education. They wanted me to correct the myth that it was just one case. 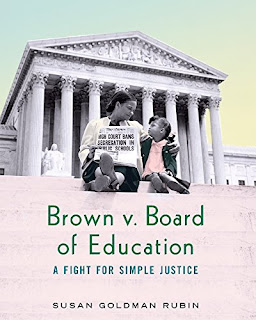 The fact that their father’s name was at the top was just a fluke. All the plaintiffs were women. The 1950s, being a girl in the ‘50s I can understand, they wanted a man’s name at the top of the list. I was caught up in the research and couldn’t stop.

[I read] the book Simple Justice by Richard Kluger. Every time I was on a plane, I would take it with me. After one flight from Los Angeles to New York, I was reading it the whole way, I asked a gentleman behind me to lift down my suitcase. He asked what it was I was reading with such interest the whole flight!...I couldn’t wait to distill what I was finding and add it to my own interviews.

You’d think that would be the end of the book, when the Supreme Court makes the decision unanimously in favor of ending segregation in schools—that’s it! But it wasn’t it. There’s still segregation…the fight goes on.

Q: What do you see as the legacy of Brown v. Board of Education?

A: That segregation is absolutely unacceptable. The older I get, the more determined I am to do what I can to change attitudes.

Thurgood Marshall said that unless our children begin to learn together, there’s little hope our people can live together...Charles Houston, his dean and colleague, said, Do not lose heart if victory doesn’t come at once. Reading about the struggles of these lawyers, you just don’t give up…

We still have racism and segregation in this country. I’m hoping to try to change attitudes. Psychiatrists would testify in court about how segregation was [harmful]. We had a better mix in our public schools in New York. I feel that’s so missing in many areas today. 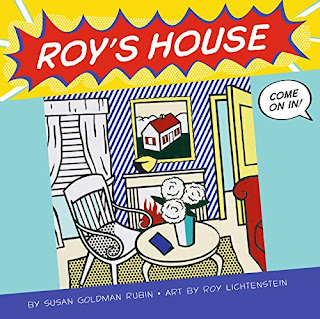 Q: What age group do you think would particularly appreciate the book?

A: I have many grandchildren. I have grandchildren from A to Z. I happen to have two from two stepsons, a girl and a boy who are both 11 and a half. Ten and up is the age group we’re aiming at….[but] it’s really for people of all ages. My husband has been reading it, and my son. I’m sending the book to adult friends.

Then there’s the photo research—I’m hoping it would appeal to kids.

Q: Yes, how did you do all the photo research?

A: It is like detective work! I had an actual person who is my new best friend at the Library of Congress! She said, Don’t worry, just call me directly!

[Some] images were very hard to get. You’d think the National Archives are in Washington—wrong! They’re all over the place. One morning at 6 I got a call from Philadelphia. It was a thrilling call—a woman said, We have what you want right here!

The cases in Delaware are about two girls. There’s a charming photo, posted on the Smithsonian website. I thought, I’ll get the photo from the Smithsonian. But they are not the rights holder. You have to contact the person or institution who has the rights. They mentioned the name of the son, but they had no record of it. I called the newspaper in which her obituary had appeared, and finally tracked down her son, who lives in Arizona. I was so excited!

Q: You’ve mentioned some things that surprised you in the course of your research. Are there any others you’d like to discuss? 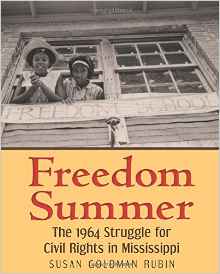 A: Yes—the resistance of people in Virginia to accept the ruling and implement it. I didn’t realize Thurgood Marshall had to go back to the Supreme Court to see [how to implement it] and meanwhile many kids were missing out on a good education.

I have family in Virginia. I have no ill feelings toward Virginia. But I found the governing people in Virginia were so against this important Supreme Court ruling that they shut down schools for six years. I thought, Oh, my God, I didn’t think you could resist a ruling. It was shocking to me. That generation of people really missed out.

I tried to write it like a thriller. I wanted it to be a page-turner. You bring your narrative skills hoping any reader will say, What happens next?...

A: I’m working on a number of books. They’re in different stages. The quilts of Gee's Bend—they’re works of art. The women of Gee’s Bend, descendants of enslaved people, never thought of them as art. They are works of art!

In recent years, they’ve been collected by the Arnett family. Museums have realized the beauty of these quilts. My book will be out in the spring of 2017 to coincide with the exhibit [at the Metropolitan Museum of Art].

I am doing a biography of Maya Lin. She is in the news a lot these days. She let me interview her. This will be published by Chronicle in the spring or winter of 2017. 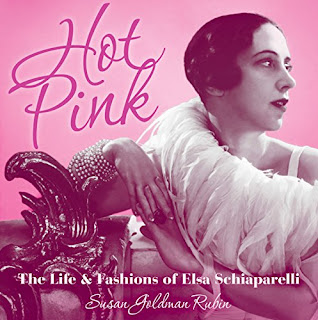 I’m also doing a book on Coco Chanel—that’s a change of pace… I did a book, Hot Pink, on Elsa Schiaparelli. This will be out in 2018. She’s a fascinating character…

I’m now researching a biography of Paul Robeson, the great black singer and activist, coming out with Calkins Creek in 2018. That is fascinating to research.

Q: Anything else you’d especially like people to know about your Brown v. Board of Education book?

A: I would like them to know more about the marvelous lawyers, black and white…the work all these people did, and about the many plaintiffs. Some of the photos that meant the most to me—there are adorable children lined up, and they’re the plaintiffs.

I would like them to look at my bibliography, at some of the people’s memoirs. We know about Ruby Bridges, but I didn’t know much about the Milford Eleven…I would like people to look at the bibliography and read more and follow up.

It can be marvelous to hear stories the way they wrote it. That’s why I also have an extensive bibliography. Not everyone wants to read Simple Justice!

I want them to visit museums if they can. I never had the chance to visit the museum at Monroe Elementary [in Topeka]. We listed sites in the book, so if you happen to be in the area [you can visit]. I’d love for readers to visit museums and learn more!