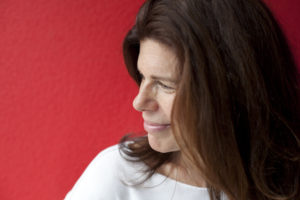 Anne Korkeakivi is the author of the new novel Shining Sea. She also has written the novel An Unexpected Guest, and her work has appeared in a variety of publications, including The New York Times and The Wall Street Journal. She lives in Geneva, Switzerland.

Q: How did you come up with the idea for Shining Sea, and for the Gannon family?

A: When my father died four years ago, my mother and sisters and I discovered he was still carrying his honorable discharge card from the U.S. Army in his wallet. My father had served in Italy during World War II—i.e., 60 years earlier. That’s how much his army service meant to him.

Meanwhile, I grew up in the ‘60s and ‘70s two blocks from the main gates of Columbia University. Some of my earliest childhood memories are of watching anti-Vietnam War protests and the nightly body count on the TV news. So, my own first understanding of U.S. involvement in war was overwhelmingly negative, opposite to my father.

This got me thinking. How do war experiences—or experiences of any conflict--trickle down through generations? How might members of the same family respond differently? And what might all this mean to the cohesion of a family and to the lives of the individuals within it?

I didn’t want the story to become in any way autobiographical, so I envisioned this American family grappling with the issue in Southern California—about as far geographically from my hometown as you can get on the continental U.S. The messy Gannons sprang from that.

Q: The book is told primarily from the perspectives of the mother, Barbara, and the youngest son, Francis. Why did you pick those two characters rather than some of the others? 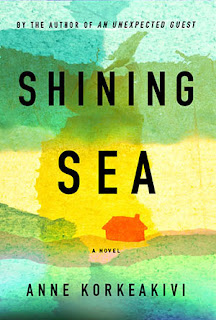 A: The novel opens with the death of Michael Gannon, a former POW in the Pacific during World War II. Only 43, he leaves behind five kids, one of whom isn’t even born, and a fairly young, very pregnant widow, Barbara. It was clear to me from the get-go that Barbara and their youngest son, Francis, were my story’s central characters.

I was fascinated by the question of how Barbara—a war bride with no education and no career who finds herself a single mother with five kids to support in the 1960s—would survive. How would she keep this young family going?

Barbara possesses great reserves of optimism, at the same time as being thoroughly realistic; she’s funny and tough and resilient. I felt as though I was learning from her even as I was writing her.

Francis, meanwhile, has the furthest to go of all the family members. He was both the closest to and is the most different from his lost father, who was a hero during his internment by the Imperial Japanese Army.

Francis also bears the burden of an extraordinary physical beauty, causing him to make questionable choices and further complicating his ability to find his place in the world. While Barbara is the ballast, Francis is the sail in the story. His confusion leads him into adventure.

For a while during the writing process, the daughter born after Michael Gannon’s death and youngest member of the family, Sissy, provided still a third perspective. But having her voice in the book started to pull the story into too many directions and to distract from its core. So, I took her voice out for use in a future book—maybe.

Q: The novel covers about 50 years in the family's life. Why did you decide on a sweeping time frame, and did you need to research the various decades in which the book is set? 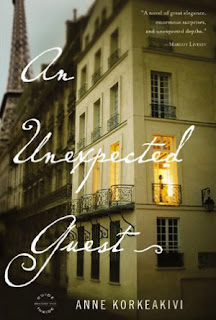 A: I didn’t set out to write either an historical novel or a family saga. But to explore what I wanted to explore, the effect of historical event on a family over generations, the novel inevitably had to become a bit of both.

This meant hours upon hours of research, on multiple levels. Not only did I have to study the particulars of each of the various decades that appears in the novel—from the 1960s to the 2010s—and of the various historic events within them that are depicted in the novel,

I also had to study the experiences of U.S. prisoners of war during World War II in the Pacific, so I could understand Michael Gannon, the family member whose death alters the course of everyone else’s lives.

All the other characters demanded extensive research too, even the more minor ones, to make them truthful in the context of their personal timelines. At what college in Southern California might one have been ROTC in the late ‘60s? At what gritty nightclub in London might another have gotten into trouble in the early 80s?

Plus, since the novel travels from Southern California to Arizona to Woodstock to New York City to western Massachusetts and back, with 100 pages set in London and amongst the Hebridean islands off the western coast of Scotland, I had to research places and not simply topographically but as they were at the time when they appear in the novel.

What street ran which way facing Camelback Mountain in Phoenix, Arizona, in 1972? What was the weather like in New York City on May 15, 1996? For the central pages that are set at sea, I had to learn about the traditional Irish fishing boat called a currach, and about tides and tidal races between Scotland and Northern Ireland.

All this and, yet, Shining Sea is only 276 pages long. Most of the research disappeared into one word or simply a nuance.

A: The novel’s working title was “An American Family,” which gets to the essential of what the book is about but felt a bit grandiose.

“Shining Sea” came to me, of all things, in a dream. I woke up with it in my head and thought: That’s it. I emailed my editor, and she loved it.

We saw so many ways in which that simple phrase fit the book: the reference both to the Southern California shore where the novel opens and repeatedly returns and to the central, pivotal section of the book that takes place at sea off the coast of Scotland; the reference to the famed lyrics from "America the Beautiful."

As a former Classics student, I also appreciated the nod to a long literary tradition, starting with The Odyssey in the Western canon, of characters journeying, often upon the sea, in their search for self-knowledge and validation. Francis embarks on a similar journey in the course of the novel.

A: While launching Shining Sea, I’ve been writing a fair bit of nonfiction--articles or essays for Time, Lit Hub, The Wall Street Journal, Architectural Digest. Last month, I posted my first piece on Medium.

As someone who spent many years working fulltime as a freelance journalist, I enjoy taking a brief fiction-writing break while my next novel is percolating. It feels comfortable.

I do have some words on my computer for the new novel but, more importantly, I’m giving myself time to think it through, to research. It’s another novel provoked by a question that is haunting me, though.

A: How about where to find me? I enjoy when readers reach out to me (as long as they are pleasant) and am happy to answer questions from or Skype into or visit book clubs.

My author website has a contact form. The website also provides additional information on Shining Sea and my first novel, An Unexpected Guest, recent writing news, a page with book recommendations on different themes that I change regularly, and other features such as page with photos of Paris, which forms the backdrop of An Unexpected Guest.