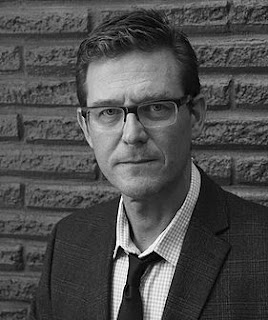 John Pipkin is the author of the new historical novel The Blind Astronomer's Daughter. He also has written the novel Woodsburner. He is the Writer-in-Residence at Southwestern University, and he teaches creative writing at the University of Texas and in Spalding University's low-residency MFA Program. He lives in Austin, Texas.

Q: How did you research your new book, and was there anything that especially surprised you in the course of your research?

A: I spent a lot of time doing archival research, not only in the Harry Ransom Center in Austin, but also at the British Library in London, and at the National Irish Library in Dublin, and I also traveled to many of the locations described in the novel in Ireland, England, and Scotland.

What surprised me most in researching astronomy during this time period was just how dangerous this pursuit could be. First there were the immediate physical dangers of running around in the dark, often on rooftops, and working with heavy equipment without the aid of lights or machinery. Caroline Herschel herself tripped over a chain in the dark and severely gouged her thigh on a hook anchoring the telescope. 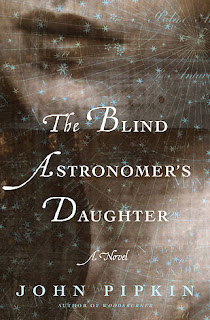 In addition, remaining exposed to the cold, damp air, night after night, left many astronomers vulnerable to sicknesses in an era when something as simple as a fever or a sore throat cold be fatal. And there were also some reports of astronomer's staring at the sun through filtered lenses that shattered under the heat of sunlight. Previously I had not thought of astronomy, historically, as something potentially dangerous.

Q: What do you think this story indicates about the role of women during this period?

A: ...Caroline Herschel is, of course, a real historical person, a famous astronomer and sister to the even-more-famous astronomer William Herschel. Caroline Ainsworth is a purely fictional character who spends most of her life assisting her ill-fated astronomer father in his vain pursuit of an imaginary planet near the sun.

I wanted to bring attention to the untold stories of women of this period who were instrumental in bringing astronomy and science into the modern era, even though, in many cases their contributions may have gone unnoticed. 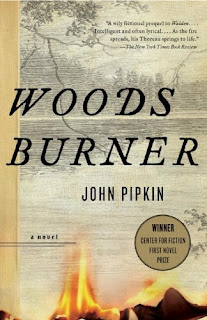 The fictional character of Caroline Ainsworth was meant to bring attention to those women who were also toiling away in the pursuit of astronomical discoveries but who didn't receive even the kind of limited recognition that Caroline Herschel achieved.

A: I am currently working on a novel about bicycle racing in France during the German occupation of World War II.

A: The Irish Rebellion of 1798 also plays a large part in The Blind Astronomer's Daughter, since I wanted to show that astronomical and scientific advancements don't happen in a vacuum but occur amidst the political and social turmoil of the historical period. In this way, my hope was to humanize the experience of these scientists as they try to find their place in the world.

There is more information about the book and recent reviews on my website.