Alisa Solomon is the author most recently of the new book Wonder of Wonders: A Cultural History of Fiddler on the Roof. She also has written Re-Dressing the Canon: Essays on Theatre and Gender and edited several books including Wrestling with Zion and The Queerest Art. She teaches at Columbia University's Graduate School of Journalism and lives in New York City.

Q: Why did you decide to write Wonder of Wonders?

A: First because the Tevye stories, and their incarnation as Fiddler on the Roof, had such a huge impact and seeped into the culture so deeply that they can really tell us a lot about how culture works in society and how collective memory is created, and a lot about the Jewish experience in the United States and beyond, and some of the universal themes that the stories [represent].

Why personally was I drawn to it? It has a lot to do with my own background, my scholarship in the theater, my study of Yiddish, my love of musicals. This is so completely overdetermined for me!

Q: What role has Fiddler on the Roof come to play in American cultural history?

A: Fiddler on the Roof is a show that was created by some of the greatest talents of the American musical stage at the height of the form of the Broadway musical. It had a pretty big reach because it was a good show.

At the same time, it turned into folklore. It became an icon of Jewishness and of folklore generally, and a touchstone for a lot of themes and identifications, practices and ideals that pertain to the Jewish-American experience and more generally [to other cultures as well]. 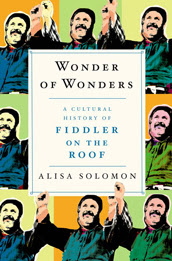 Q: What did the play come to mean for American Jews in the 1960s?

But those were things people could read or listen to in the privacy of their homes. A Broadway play is very, very public; it’s a primary form of popular culture of the period.

It produced some anxiety for a number of people, who were afraid it would be too Jewish, but audiences embraced it, and it created pride in the American Jewish community.

Q: You write in the book about other productions of Fiddler in other countries or cultures. Why is this such a universal story?

A: It operates successfully on two tracks. One is the Jewish track. Jews of Ashkenazi background can identify with particular stories or practices—the Sabbath, the chuppah, other aspects of shtetl life that people may have heard about from their grandparents. They can feel proud of its representation.

At the same time, the story is one that deals with generational conflicts, the impact of change, the shift from tradition to modernity. These are absolutely universal themes.

A: Tons of things surprised me! The first thing was to learn about Sholem-Aleichem’s own desperate failure in the Yiddish theater of the United States. He was one of the most beloved writers of Yiddish prose; he would go on massive tours around the Pale and in Europe. He was met by cheering throngs; his work was put in periodicals there and in the U.S.; amateur groups would get together to do his work. 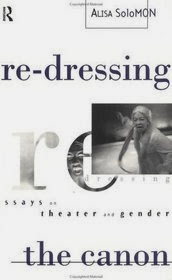 And yet when he came to the U.S. and tried to get his work on the stage, the plays flopped. It raised pretty interesting questions about the difference in how theater functions as public art and how other private art is consumed.

I was surprised by the translation of Sholem-Aleichem’s works and the invention of the nostalgic idea of the shtetl in the postwar United States that laid the groundwork for Fiddler.

With the advantage of scholarly hindsight, one can see specifically how the image was created in this period for a public living with the major contradictions of postwar America. Opportunity was available to Jews, [but on the other hand] they were coping with the devastating news of the Holocaust. The English-language version of a romantic, idyllic shtetl was created in this period.

And Fiddler itself—there are tons of surprises in the papers of [director/choreographer] Jerome Robbins. He kept very extensive notes and some diaries…It was fascinating to find his own anxious relationship to his Jewish background.

I read biographies of him, but to actually see in his own handwriting sometimes his disgust at being Jewish and his desire not to be different, and how that shifts in his work on Fiddler… 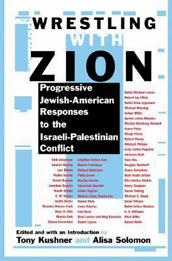 And then there are the ways the show is taken up in other contexts.

Q: You discuss the different actors who have played the role of Tevye over the years. Which interpretation do you prefer?

A: It’s really hard to answer that. I have seen a lot of great Tevyes. I always like the one I just saw the best, and that would be Scott Wentworth, in Stratford, Ontario.

Q: How different is the play or movie from the original Sholem-Aleichem stories?

A: There are a lot of things that are different. As in any adaptation, changes must be made. There are also changes that have to do with the temperaments of the times.

There are two areas of significant change. One is that the show doesn’t deal with all the Tevye stories; it focuses on three of eight or nine. The first Tevye story is not really represented, and [Fiddler] leaves out the later stories, which get darker and darker.

He writes over a 20-year period, and the stories follow the contours of Jewish history. Tevye is a guide to life in the Jewish Pale. There’s a story of one daughter who drowns herself, and another daughter who does what her father wants, and the man [she marries] is an absolute boor, and she’s miserable. She’s left in a horrible, despairing situation, and Tevye realizes he’s responsible. 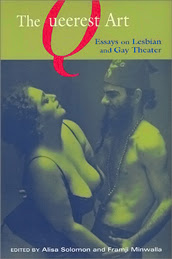 Those stories aren’t in the musical. Even in a show where the first act curtain comes down on a pogrom, and the second ends with exile, those stories were too dark.

Second, this is a very American take on the stories. The family comes to the U.S. at the end; that’s not how Sholem-Aleichem ends his stories. There’s the idea [in the show] that they are coming to escape persecution and find new lives, so that even with the bleak ending, there’s a good feeling because we know what’s going to transpire in a couple of generations.

Q: What’s been the reaction to the book?

A: It’s only been out a week, but so far I’m happy to say that it’s been very nicely received. There’s been friendly feedback from colleagues, and [favorable] e-mails from strangers. I’m very grateful that [lyricist] Sheldon Harnick admires the book; he wrote a nice blurb for it. That’s humbling and meaningful.

A: I’m kicking around a few ideas, but there’s nothing to report now.

A: How much fun it was to work on this, from beginning to end. I interviewed over 100 people, and every one was revelatory and enjoyable. People were incredibly generous.

I tried to write it in a narrative style. It’s not an academic book; it’s a book that tells stories. I tried to weave the narrative storytelling with the analysis, and I hope the result is fun to read.

--Interview with Deborah Kalb. This interview was conducted in partnership with Moment magazine. For more, please see www.momentmag.com.
Posted by Deborah Kalb at 5:20 PM