Farah Jasmine Griffin is the William B. Ransford Professor of English and Comparative Literature and African-American Studies at Columbia University. Her most recent book is Harlem Nocturne: Women Artists & Progressive Politics During World War II. Her other books include If You Can't Be Free, Be a Mystery, and Clawing at the Limits of Cool.

Q: How did Harlem Nocturne come about, and why did you decide to focus on these particular three women, author Ann Petry, dancer Pearl Primus, and pianist Mary Lou Williams?

A: After doing research for a couple of smaller projects I fell in love with the New York, especially Harlem, of the 1940s. 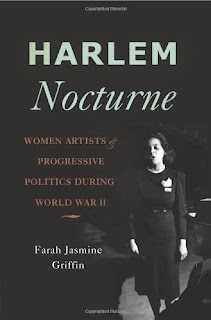 I’d taught and written about Ann Petry since the beginning of my career, so I knew I wanted to include her in the project. I also knew I wanted to talk about different artistic forms so I went in search of a dancer, a musician and a painter. I settled on Primus and Williams because they were very intellectual and they were politically active as well.

Q: Why did you select "Harlem Nocturne" as the book's title, and what is the significance of Harlem for these three artists?

A: Much of the book’s activity takes place at night, and I liked the idea of writing a nocturne, in the musical sense of the word. Furthermore, the narrative ends with a kind of nightfall for Harlem, although I make clear, I hope, that the community would experience new dawns as well. Harlem is especially important for Petry and Williams because they both lived and created there.

Q: How important was the Double V Campaign [Victory at Home and Abroad] for each of them?

A: The Double V Campaign was especially important to Petry and Primus, both of whom are engaged in patriotic activities while at the same time protesting racial inequality. They consistently point out the contradictions of fighting a war against democracy during a time when the United States is not yet a fully democratic society.

Q: Do you see Primus, Petry, and Williams as having equally significant legacies, or has one become more important than the others? 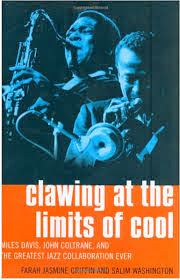 A: I think they have equally significant legacies. They are pioneers who open doors for new generations of artists in their fields.

A: I have not yet started another project. I am trying to read all the books I put aside while finishing Harlem Nocturne…trying to keep my mind and ears open to the ideas that might come my way.