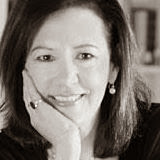 Marianne Szegedy-Maszak is the author of the new book I Kiss Your Hands Many Times: Hearts, Souls, and Wars in Hungary. It tells the story of her family in Hungary during World War II. A journalist, she has worked for a variety of publications, including U.S. News, Congressional Quarterly, and the New York Post. She is based in the Washington, D.C., area.

Q: Why did you decide to write the book?

A: I am a journalist and a daughter. The two things come together rather powerfully with this book.

As a journalist, I knew I had a pretty great story—Jews who were saved by making a deal with Heinrich Himmler, and a Gentile who went to Dachau for trying to negotiate a separate peace with the Allies. What drew me in initially was that I had a story to tell about extraordinary people.

Then, being the daughter, you’re always curious about what your parents were like before you came along, how they met, what it was like when they were really young.

When I found a cache of letters in my mother’s bedside table from my father to her, I saw the other element of the story and realized how I could tell it. All these years, I couldn’t figure out how to organize it, and the letters focused that spotlight.

Q: How did you conduct your research?

A: That’s where the reporter comes in. I had to do everything in translation, I couldn’t paw through the letters and understand them. Step one was getting it translated.

My father, grandfather and one of my uncles wrote memoirs in Hungarian, but they had been translated. My father worked on his memoirs for 20 years, and they were unfinished when he died. It was a monumental work. [Much of it was] dull geopolitical analysis, but there were nuggets that I was able to pull through.

I hired researchers in London and Budapest to go through documents. Then I went to the National Archives, and got help there from a researcher with primary source material. I went through books on World War II….

I interviewed a bunch of people. For 10 to 15 years before I embarked on the writing, I would stick a tape recorder on the dining room table, and get my mother and my aunt to talk. I interviewed other relatives. 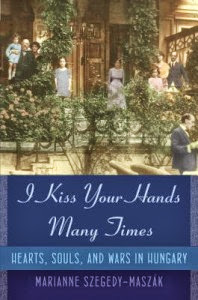 Q: What do those relatives who you interviewed, those who are still living, think of the book?

A: They really love it. They were the ones I was the most worried about, because they were there. They helped by reading earlier drafts and correcting me. They’ve been wonderfully supportive, as have my two older brothers. This is as much their story as mine.

Q: How hard was it to combine the journalist and the daughter as you wrote the book?

A: Initially it was really hard. It was always difficult to know when to step in, when to let them tell their story, when to provide historical context. It was kind of a balancing act, and it was very hard for me in the beginning.

Then events swept me away. The letters—being able to have my parents as the narrative thread and locate the history around them--helped. Eventually I became more confident in inserting me in the whole thing. Sometimes I just let an association carry me—I recalled something someone might have said.

Q: What did you learn about your parents that you hadn’t known before?

A: Where do I begin? The first thing is how much they went through to finally be together at last. … Writing this made me see what they went through, and a kind of heroism. They faced challenges like Nazis, concentration camps, having to hide, not knowing if the person you’ve invested your life in is alive or dead. I had no idea; they wouldn’t talk about these things at all. They were not prone to self-mythologizing.

I learned an awful lot of Hungarian history. I also learned about the conditions my grandfather and great-uncle faced when they were arrested. I didn’t know that when my father was in Dachau, he was part of medical experiments. Those details of what they faced had been invisible to me.

Q: How did you select the title?

A: It’s a variation on a very traditional Hungarian saying, “I kiss your hand.” It’s the way men say hello and goodbye.

My father would sign off in his letters, “I kiss your hands many times.” It was carrying something everybody said into something much more intimate and personal.

Q: What did you know growing up about your family’s Jewish roots, and what sort of connection do you feel to Judaism?

A: I feel a very deep connection to Judaism. When I was growing up, I somehow always knew it. Because I was the youngest, it was always something I knew. For my brothers, it was a more formal discussion.

We went to Blessed Sacrament; I was raised as a Catholic. There was the robust anti-Semitism [of the era]. We learned that my mother’s family was Jewish; I was very comfortable with it, and intrigued.

About 18 years ago, I decided I really wanted to convert. I went to classes, and found it so difficult. Judaism is so much a home-based religion. Not having any traditions of growing up with any of the holidays [made it hard]….

Much like my not speaking Hungarian, my not fully embracing Judaism—it was more complicated for me. My father was very Catholic, and my mother was quite Catholic. For me, it was a much more basic yearning and curiosity for that identity.

I always feel like I’m teetering between two traditions. I fast [on Yom Kippur], I sit in services on the holidays, just as I go to church. I’m a mongrel….

There’s something very Hungarian about my situation. The Jews in Hungary are very assimilated. I have friends whose grandmothers next door lit candles for Shabbat, and they had no idea they were Jewish until they were in their 20s.

A: I have an idea; I’m percolating. I would love to write another book, but I would need some help with it. It’s not a family story; it is a World War II story.

--Interview with Deborah Kalb. This interview was conducted in conjunction with The Lessans Family Annual Book Festival at The JCC of Greater Washington. Marianne Szegedy-Maszak will be speaking at the festival on Wednesday, November 13, at noon.
Posted by Deborah Kalb at 6:17 AM