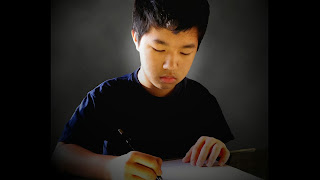 Christopher Huh, a ninth-grade student in Montgomery County, Maryland, is the author of Keeping My Hope, a graphic novel that focuses on the Holocaust.

Q: How did you end up writing Keeping My Hope?

A: In 7th grade, my English teacher, Ms. Stup, began to move on to the World War II unit we had to learn. For a bit of the lesson, we learned about the Holocaust. A Holocaust specialist came in to inform us about the event.

I was shocked to hear what I heard. But many of my classmates were fooling around and passing notes. Of course, the specialist got angry and said, "Do you think this is funny?"

It occurred to me that many people are not well informed about this event, which is one of the main reasons why I wrote Keeping My Hope.

Q: Why did you tell the story in the form of a graphic novel?

A: I wrote the story in graphic novel form since I love to draw. Not only that, but I wanted to say what better way to learn than with pictures, dialogue and info. 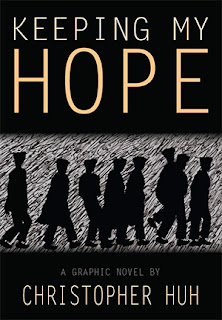 Q: Why did you decide to structure the story with a grandfather telling his granddaughter about what had happened to him and his family?

A: I very much love my grandparents and like to listen to "living history." Many survivors from the Second World War and the Holocaust have been disappearing from our lives.

And there will be a point in which one day, there will no longer be anyone from this time period alive. I wanted to preserve the memory of those who died with the scenario of a child and a grandpa talking to each other.

A: I have received lots of positive feedback from many people. A woman from Goodreads had told me that she is going to be a teacher after graduating from college and would teach my book in her classroom some day. How cool is that!

Many people have come up to congratulate me on an achievement that started out just with some pieces of paper and a mechanical pencil.

A: I have been working on my new graphic novel that leans more to the action and adventure side. I don't want to reveal its title yet or what it is about. But what I can say is that it has everything that a mind-blasting comic has.

A: I have drawn chapter drawings for an upcoming children's adventure novel both my sisters have written. The title of the book is called Gilbert and the Scepter of Silence and it will be available soon.

--Interview with Deborah Kalb. This interview was conducted in conjunction with The Lessans Family Annual Book Festival at The JCC of Greater Washington. Christopher Huh will be speaking at the festival on Tuesday, November 12, at 4:30pm.
Posted by Deborah Kalb at 7:24 AM