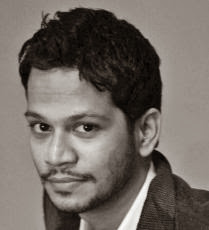 Chandrahas Choudhury is the author of the novel Arzee the Dwarf, which was shortlisted for the Commonwealth First Book Award. He also edited India: A Traveler's Literary Companion, and is the fiction and poetry editor of the journal The Caravan. He is based in Delhi.

Q: How did you come up with the concept for your novel?

A: I just happened to see a very small man crossing the street one day in 2004 in Bombay (Mumbai), the city where I've spent most of my life, and found myself wondering what life might be like for him. And actually that's all you need in fiction: some sort of lead that takes a life of its own, and that you can then build up over months and years.

As soon as I started writing the story, I began to see that it asked for a style rooted in realism, but inflected with tremendous amounts of yearning, rage and suspicion, so that it became almost fantastical. And there was also laughter in it, particularly since Arzee tries so hard to be taken seriously.

And a scheme of visual emphases and contrasts began to develop, such as Arzee's low-angle view of Bombay as he walks the streets and then his high, shielded perch over the same streets from the projection room of the cinema. 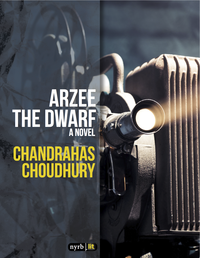 And the idea of the old cinema as a building that's almost alive, and of darkness as something enormously comforting and enabling for the protagonist because of the specific circumstances of his life.

And one of the most satisfying things about writing novels is the way ideas are expressed in very particular kinds of sentences. You build a style to suit the story, and when it's done you take it down again, like a tent, and set up differently somewhere else.

Q: What has the reaction been from readers to your main character, Arzee?

A: It's been very warming on the whole. I think we read fiction to be able to imagine what life must be like for those who are most unlike ourselves, so perhaps my book offered that to readers: the sense of being dropped into the mind of someone very strange.

I also like to build stories by having characters speak to, and across, one another rather than using the narrator to describe and analyse things, and I think readers enjoyed the feeling of being left alone with the characters for long periods of time. And of course everyone enjoys stories about underdogs.

Q: You also have edited India: A Traveler's Literary Companion. How did you select the works that would appear in the book?

A: That book was a wonderful opportunity to introduce American readers to the pleasures of Indian fiction, and to select a range of stories wider than what you see in the Indian writing that's published by American presses. 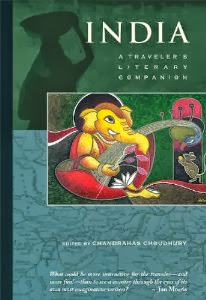 The idea of the book is that it's like a tour of the country, north to south, east to west, seeing it through the eyes of its greatest storytellers, writers whose work was marked by a strong sense of place.

There's big names in it like Salman Rushdie and Vikram Chandra, but also seven or eight stories in translation, each time from a different Indian language. My introduction to that book is here.

Q: You have focused on Indian fiction as fiction and poetry editor of The Caravan. Which new writers would you especially recommend?

A: Indian literature is the most multilingual national literature in the world, and one of the wonderful things about this is that very often something that's a hundred years old is still new, because that's when it reaches an Indian audience in a new language for the first time.

I'd urge readers who have the appetite for big novels to read Yashpal's opus about India's Partition in 1947, This Is Not That Dawn. It was written in Hindi in the 1950s but became available in English only two years ago and is my choice for the great Indian novel.

I also loved Salma's recent novel The Hour Past Midnight --  a book about the interlinked lives of a group of women in a village in south India. It’s a wonderful window into the Indian woman's experience of sex, family and religion, and though clearly feminist it’s sometimes extremely sympathetic towards its male characters.

As for short stories, here are some stories from recent issues of The Caravan by young Indian writers I rate highly: Altaf Tyrewala's "Engglishhh ©", (a satirical look at how Indians are taking over the English language), Aseem Kaul's "Liar", and Sharmistha Mohanty's story about an eighteenth-century Indian painter, "Manaku of Guler".

A: I've been at work the last four years on my second novel, something on a bigger scale than Arzee and very different in style. America is a presence in the book.