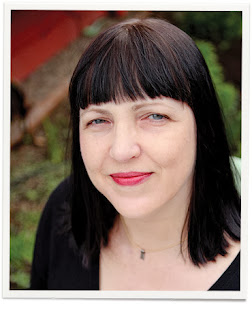 Stacy Bolt is the author of the new memoir Breeding in Captivity: One Woman's Unusual Path to Motherhood. She has written for Imbibe magazine and Portland Monthly, and she lives in Portland, Oregon.

Q: Why did you decide to write your book?

A: It’s a story I really wanted to tell. I was trying to tell it long before I knew how it would end, back when we were still going through infertility treatments.

And then, once I knew the ending, I kept trying to make it into an essay because that’s what I had always done previously. So I kept trying to shove this long, involved story into a 2,000 word essay and it just wasn’t working.

Q: How did you choose the title Breeding in Captivity?

A: The title was my nod to the ridiculous lengths some of us go to to try to start a family. At some point, it just becomes so very unnatural. There are so many people involved in what should, if everything is working the way it’s supposed to, be between two people. Plus, I thought it was really funny.

Q: Was it difficult to relive this period in your life? 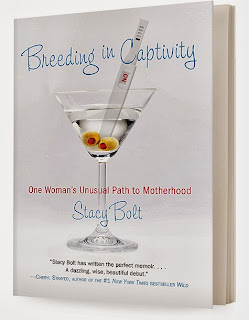 A: Yes, definitely. When I stopped infertility treatments, I wasn’t thinking like a writer. I was thinking like someone who had been through a lot of difficult months and years and wanted to move on.

So I got rid of everything in the name of starting clean. Which is all well and good. You need to do that.

But when I sat down to write the book I wanted to throttle myself for getting rid of all the ovulation charts and things like that. So I had to go back and forensically re-create that period of my life using medical bills and old calendars.

Q: What was the reaction from your family and friends to the book, and what do you think your son will think of it when he’s older?

A: My family and friends have been incredibly supportive and excited about the book. One of the most common things people tell me is “I really had no idea how bad it was for you guys.”

As for my son, I hope he likes it (of course). This is his origin story, after all.  He’s six years old now, and he knows that he’s adopted and that we waited a long time for him.

But someday, I want him to read this and know, like we do, that we were meant to be a family. But in reality, he’ll probably be really embarrassed and think it’s lame.

A: I’m working on the follow-up to Breeding in Captivity, which chronicles our first two years as instant parents. It is most definitely a comedy, with some very difficult, scary stuff as well. Kind of like the first book.

A: Elvis the iguana passed away peacefully about four years ago. And my husband really does run a haunted house.