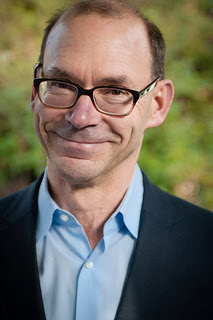 David Laskin is the author of the new book The Family: Three Journeys into the Heart of the Twentieth Century, on sale Oct. 15. It focuses on his own family's experiences in the United States, Europe, and Israel. His other books include The Children's Blizzard, The Long Way Home, and Partisans. He lives in the Seattle area.

Q: Why did you decide to write your family’s story, and to focus on the three parts of the family?

A: Growing up, I knew about Aunt Itel and the Maidenform bra company, and my grandfather’s business. The American part of the story was known to me.

I kind of vaguely knew about the relatives in Israel, but I didn’t know a lot about their story.

I had no idea about the Holocaust story and that 17 relatives were killed in the Shoah was never talked about. I don’t think my mother knew that much about it. It was not part of my consciousness growing up. I [erroneously] got the idea that we were related to [Stalinist figure] Lazar Kaganovich, and I thought I would look at capitalism and communism, and the evil henchman and the bra tycoon. I contacted the Israelis, and they filled me in on the truth about the family.

I had a eureka moment when I realized that I had the three major strands of [recent] Jewish history on my family tree. You see writers in movies madly typing away—that’s not the way I work; it’s very boring, I squeeze out a few words. This was one of the few times in my life when it was like the movies.

Q: What has been the reaction of family members to the book? 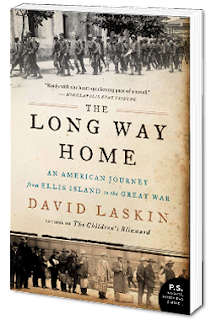 A: So far so good. My mother read it in galleys and loved it, of course!...

I haven’t gotten any blowback. There have been a couple of, “I don’t remember it this way”s. The part I was the most worried about was one paragraph about Rose during World War II, and Shalom Tvi behaving inappropriately; she told me this when I interviewed her. I wondered, How is Rose going to feel; how are Shalom Tvi’s grandchildren going to feel. So far nobody has said anything.

My cousin Benny, to whom the book is dedicated—his wife sent me a photo of him holding the book and looking delighted. The Israelis were very close to the family that was killed in the Shoah. They were really on board with this.

Israel has come in for its share of criticism, and many Israelis feel wounded by this. This book looks back to the old days of idealistic Zionists. [I hope] this book will make them proud. I have problems with the current Israeli regime, but I love Israel.

Q: You said you were familiar with much of your American family’s story, but was there anything new to you as you researched the book? 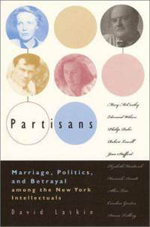 A: I found a lot of wonderful relatives! When you start poking around in the family tree, a lot of people turn [up]. They’re great people, and I feel like I’ve really extended my family, and brought together relatives who had not been close.

I didn’t realize the family had started on the Lower East Side; their tenement is still there. I didn’t realize they had been so humble. When Shalom Tvi came over [to the United States in 1939], I didn’t realize that he was living upstairs from my mother, living on a pullout sofabed for 7 ½ years. I didn’t really put the pieces together. Their point of view toward him was fond, they felt sorry for him, but they had no idea what was going on in his mind.

I didn’t know we were affiliated with Volozhin, the great yeshiva town, and that the scribal tradition was so important and passed on to my grandfather. There was a lot about Maidenform—I didn’t really know about the 1920s story.

Q: Did the fact that you were writing about your own family make it easier or more difficult to write this book, compared to your previous books?

A: It was easier in some ways and harder in some ways. I write nonfiction, but it’s creative nonfiction. I put myself in the place of a historic person. In The Children’s Blizzard, I describe what’s going on through a teacher’s mind, a father’s mind. I always say in the footnotes that it’s based on a diary [or other material], but there’s some imaginative recreation. When it’s a family member, I share a lot of DNA with these people. I feel it’s a little easier for me to imagine what they went through. 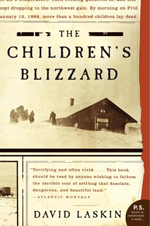 The harder part is feeling a little more worried about invading the privacy of people I’m close to and care about. …I often wondered about writers who write intimate stuff about their sex life, coming out, having a sex-change operation—how their parents, or their children would react. I’m very shy and private—this book has nothing racy, but has a lot of intimate stuff.

A: Promoting the book! I’m not doing much else. I have a New York Times piece in the works about Tuscany, and a piece about researching family history for Parade. … I’m looking around for the next big thing.

Also, the book was named one of Amazon’s best books of the month.