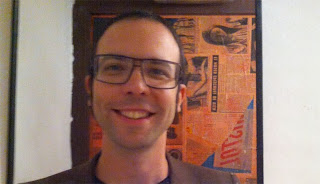 Albert Forns is the author most recently of the book Albert Serra. A journalist and blogger, his other work includes the book Ultracolors. He is based in Barcelona.

Q: How did you come up with the idea for your book Albert Serra?

A: The novel starts on the beach, and in fact it was there, lying on the sand, where I first came up with the idea of becoming Albert Serra, the Catalan filmmaker. I used to find this guy interesting because of his career, the films he has made (really celebrated in Cannes, his last film won the Locarno Festival) so I started studying him, his references and the strange and "Dalinian" way he talks to the press.

Q: How did you combine the fiction and non-fiction elements in the book? 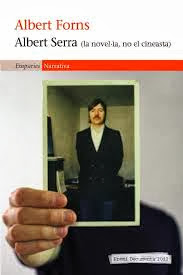 A: Very freely: one paragraph can be fiction, and the next one an essay about Dalí, and then we start with some sort of journalistic chronicle, the next is film criticism and the next paragraph fiction again... I write in all this genres separately and then I "mount them up" later.

Q: What issues do you focus on in your blog?

A: I have a journalistic blog in which I write about literature, and a personal one, in which I publish my everyday thoughts in a sort of poetic way: this material is what later becomes my poems.

Q: Do you prefer poems to your other writing? 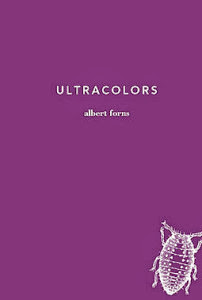 A: I like them both, they're different things for different moods. Poems just come, the more you try to find them, the more elusive they are. In that way they are like partners: you won't find a girlfriend when you search for her desperately, and when you're all right with yourself and maybe aren't seeking something she will appear instantly.

A: I am working on a project about a writer facing his second novel, so it's me and my life again. Everyone keeps telling me the second is the most difficult one, and so I am all the time thinking "will it be less interesting than the first one?", "Am I repeating the structure, or the voice, or the themes of my debut?". So I am creating this neurotic character, again.

A: I have been invited to the Ledig House residence in Art Omi, and wow, you Americans know how to do it. I am having such a great time here meeting new people and really writing a lot. So it is my first writers residence ever, but I am sure it won't be the last.