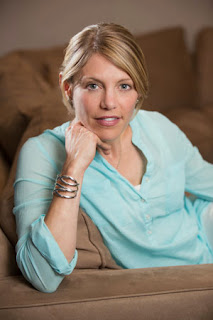 Molly Knight Raskin is the author of the new book No Better Time: The Brief, Remarkable Life of Danny Lewin, the Genius Who Transformed the Internet. Lewin, the co-founder of Akamai Technologies, was a passenger on American Airlines Flight 11 on September 11, 2001; he was 31 years old when he died. Raskin has written for a variety of publications, including The Baltimore Sun and The Washington Post. She lives in New Jersey.

Q: How did you learn of the story of Danny Lewin, and why hasn't it been better known until now?

A: I first heard about Danny Lewin from a friend, just a few months before the 10th anniversary of 9/11. Akamai Technologies, the company Danny co-founded before his death, was making a video documentary tribute to him and hired my friend and me as producers.

The more I learned about Danny, the more intensely the question nagged at me: why don't more people know this story? Not because of the way Danny died on 9/11, but because of the extraordinary way in which he lived and contributed to the Internet. As a journalist, you just know from experience when you have an incredible story before you that's begging to be told. That's why, at a certain point, I became determined to write a book.

I think Danny's story was not better know until now for one main reason: grief. His family and friends were shattered by his death, and to cope many of them took comfort in privacy. They simply weren't ready to share until time had passed.

Q: What does his family think of the book?

A: Danny's family just recently received a copy of the book, and I'm pleased to say they responded positively. I really had no idea what they would think. As I noted, they were reluctant to share for the book, and it took some convincing on my part.

For me, their praise meant a great deal, mainly because it meant I was fair and accurate to Danny's character, which was inspiring but also complex. Some of them noted that Danny would love the book and be very proud of it; that, to me, was an honor.

Q: What was the most surprising thing you learned while researching the book? 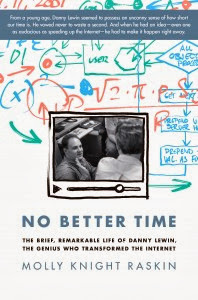 A: My research for the book was filled with surprise, which made it - for the most part - a joy to report and write. I guess I'd say the thing that surprised me the most was hearing from big-name leaders in today's high-tech industry who could still recall meeting Danny, even over a decade ago. I'm talking about the founders of companies like Yahoo and Ticketmaster; people who have met with thousands of Internet entrepreneurs since the 1990s.

Still, many of them could recall with exacting clarity the details of their introduction to Danny and his technology. And even if they didn't understand the math behind what he presented to them, they all seemed to share the same feeling: this guy is going to be big, and whatever he's selling is something I must have. To me this was just extraordinary, given the fact that Danny was only in his 20s at the time.

Q: What is clear at this point about Danny Lewin's actions aboard American Airlines Flight 11, and what is still a mystery?

A: The fact is, we don't know exactly what happened on that flight and we never will. But we do know, based on the evidence gathered by the 9/11 Commission, that the passenger in Danny's seat (9B in Business Class) was engaged in some kind of struggle with the terrorists on board the flight, and that he was stabbed and killed before the plane slammed into the North Tower of the Trade Center. This information came from the transcripts of phone calls made by two courageous flight attendants on board to ground control that morning.

In the book, I am careful to say that Danny may have been the first victim of 9/11 and almost certainly fought back. As a journalist, I reported the facts as we know them. But I also interviewed almost 150 people for the book, and all of them told me - unequivocally - that they were certain the moment they heard the flight had been hijacked that Danny had fought back. That was just the kind of person he was; a trained soldier in counterterrorism, but also a young man who never went down without a fight.

A: I'm always juggling multiple projects - in some ways that's part of what drew me to the story of Danny; he was never content to sit still and always thinking of the next big thing.

With the book just out I'm focused on getting it to as wide an audience as possible, and considering the adaptation of the story for the big screen. But I've also got a documentary film project in the works which I've been producing for two years now in Liberia, West Africa - Still We RISE. It's an incredibly inspiring story about three young nurses treating PTSD in a country that is struggling valiantly to get back on its feet after a long, bloody civil war.

I consider it almost obligatory to use my work as a journalist to tell stories that have the potential to enact positive change, which is what I'm trying to do with RISE.

Oh, and I'm also pondering another book idea! Part of me wonders what tale could possibly top that of Danny Lewin, but there are so many stories out there just waiting to be told so I'm keeping my eyes and ears open.

A: I'd love the opportunity to note that this is NOT a 9/11 book. It was a newsy hook that launched the book, but my hope is that readers gravitate toward it as an incredible story of innovation, rags-to-riches, the growth and history of the Internet and an inspiring human story of a young man who seemed to sense his time was short and because of this made the most of every minute of every hour of every day. At its core, the book is about a lasting contribution from an Internet genius who would have no doubt been a household name had he not been killed that terrible day...