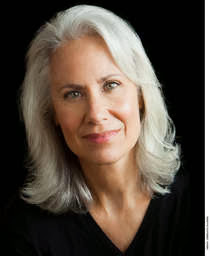 Lynn Povich is the author of The Good Girls Revolt: How the Women of Newsweek Sued their Bosses and Changed the Workplace. She spent many years at Newsweek, where she was the magazine's first woman senior editor, and also has been editor-in-chief of Working Woman and managing editor at MSNBC.com. She is a co-editor of All Those Mornings...at the Post, a collection of the work of her father, sportswriter Shirley Povich. She lives in New York.

A: There’s been enormous progress—women certainly are in the middle-to-senior management, but they’re rarely at the top. Though in the last year or two, there has been Tina Brown [at Newsweek/The Daily Beast] and Jill Abramson [at The New York Times].

Earlier, there were women at The Oregonian, the Chicago Tribune, the Philadelphia Inquirer … Each moment is a picture in time; it ebbs and flows. 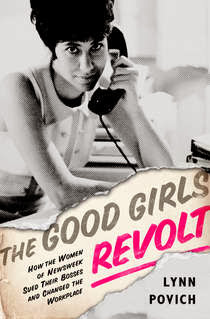 What’s interesting about the young generation is that they do really well in school. Girls do better in school. Then they go into the work world, and they’ve never before experienced discrimination in school. They meet obstacles they’ve never met before. [The young women of today in the book] didn’t identify it with a gender issue, they thought they must not be good enough. That’s the kind of subtle discrimination that still exists--old boys’ clubs.

A: The immediate impact was that it opened doors for other women to sue. Three months later there was a suit at Time, Fortune, and Sports Illustrated. Then the door opened, and there were suits at the AP, NBC, and The New York Times. One woman [I spoke with] said that this was not only [affecting] the media, but she had worked in an advertising office, and read about the Newsweek case and [considered a suit]—there was an impact beyond the media.

A: Today, certain fields are feminized. Medical schools are at about 50 percent. Law school is about 50 percent. Not that many women choose the financial services business; there’s a pay gap among MBA graduates. I find that some of the unhappiest women I know are lawyers in firms. Many leave for corporations. The law firms haven’t changed that much.

In academia, 28 percent of full professors are women. That’s pretty low. About 18 or 19 percent of Congress and 16 to 18 percent in the corporate suite are women. The problem is that it’s low, but also that it’s been [the same] for 10 years.

A: It’s been overwhelming to me. I was very worried that no one would want to read about a lawsuit from 40 years ago. I’m lucky that the young women called me, and that allowed me to [incorporate recent material]. I’m lucky that this was published after Mad Men, and the interest in that era, and after the presidential campaign, which put women’s issues on the front burner.

There’s the Sheryl Sandberg book and the Anne-Marie Slaughter piece. I’ve been speaking to women’s groups, law firms, young men and women at universities. It’s resonating among a larger group. It’s a moment to talk about what hasn’t changed, and what needs to change. 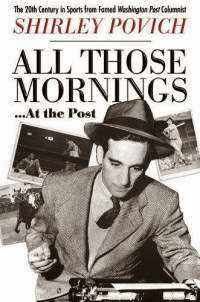 A: Some of our bosses were very supportive. But a lot of the guys didn’t like affirmative action…. Osborn Elliott, had he stayed on the editorial side, would have made changes. He was the father of three girls. It was the middle-management level where a lot of discrimination took place. The three women who tried out as writers after the lawsuit all failed their tryouts. We knew those guys didn’t want them to succeed…

Q: What do you think of the decline of Newsweek?

A: It is so sad for all of us. It was such a great and important magazine. It really mattered what Newsweek and Time put on their covers; they had great reporters and writers. It hasn’t been that way for a long time. The whole industry is in turmoil. …

Q: What do you see as the future for print journalism?

A: My husband [Stephen Shepard]’s book about the failure of journalism came out the same week as my book. With the exceptions of The New York Times and a few others, probably the print newspaper will disappear, or appear on certain days, or be targeted to a community.

Most will go digital. There are more journalists on more platforms than ever before. The issue is, How do we pay for quality journalism? It has yet to be seen, but [there’s the] New York Times model—people who want good stuff and are willing to pay for it.

The metropolitan papers have to change their strategy. What major city papers have to do is to go local, put their reporting into covering their city….

A: No. I’m still thinking about some issues about young women and where feminism and women are today; I have a daughter who’s 32. I’ve been talking to a lot of people.

--Interview with Deborah Kalb. This interview was conducted in conjunction with The Lessans Family Annual Book Festival at The JCC of Greater Washington. Lynn Povich will be speaking at the festival on Monday, November 11, at noon.
Posted by Deborah Kalb at 1:06 PM