Dara Horn's most recent novel is A Guide for the Perplexed. Her other books include All Other Nights, The World to Come, and In the Image. She lives in New Jersey.

Q: How did you come up with the concept for this novel, and for telling the story in three different time periods?

A: My previous novel was about Jewish spies during the Civil War, and people sometimes showed up at my readings in costume. I developed a bit of musket burnout, and I decided I would write a completely contemporary novel this time around.

I started writing a story about a woman who creates a software app that records everything its users do, and about her acrimonious relationship with her envious sister. But that app—which promises to eliminate the need for personal memory—also becomes a kind of character in the novel, almost like a child of its creator. And like the actual child of its creator, it goes off the rails and disappoints its creator by not being quite what she had hoped for.

The creator’s sister, meanwhile, exploits her pride and weaknesses to usurp her life, and by the end of the novel the reader’s sympathies have tipped so much that it is no longer clear who is the “good” sister or who is the “bad” sister, or whose version of the past is the most true. 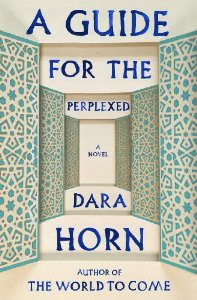 But soon I saw that I was writing a book about memory—and not merely about memory, but about the difference between how we remember things and how those things actually occurred, and the profound ways that that difference influences our lives and our choices. I needed to test those ideas about memory against something more consequential than merely one person’s childhood.

That’s when I began to work my way back in time to an earlier form of data-dumping: the Cairo Genizah, a medieval stash of 190,000 manuscripts that could resurrect an entire thousand-year-old community, if anyone would bother to read through it.

The Genizah is the medieval Facebook, and that opened up the question of data storage then and now, what we save and why we save it. Later the book tests even that layer of memories by going back into the time of the medieval people who created it. And of course nothing is as it seems. 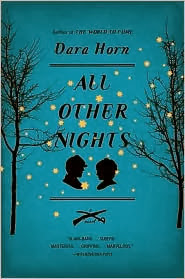 Q: You note that your husband encouraged you to work on a modern retelling of the Joseph story. Was it something that took a long time to write, or did it come together fairly easily?

A: Nothing comes easily in writing a novel. Like my other novels, this one started with about a hundred pages that I threw away. I then started working on something about two women who worked together, and how envy was altering their lives in ways they could never have anticipated. My husband suggested the Joseph idea at that point, and I made these women sisters—which of course changed everything.

Q: Sibling relationships play a major role in the book, especially the dynamic between Josie and Judith. How would you describe their relationship, especially compared with those of the other sets of siblings in the novel?

A: There are several sets of siblings in the novel (actually even more than there appear to be, but explaining that would mean revealing a few key plot points at the book’s end), and they each illustrate that braid of love, loyalty and envy. 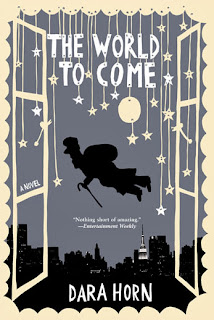 In most of the sibling pairs, one is more successful than the other (whether financially or in terms of esteem), and that unfair imbalance of success and failure is one that haunts a relationship where two people have presumably started their lives with all the same possibilities.

I’ve always been interested in the biblical Joseph story, because Joseph is truly talented but also truly arrogant, and his brothers are truly cruel but also truly aware of a genuine injustice, and the human emotions in the story are so raw and real.

But what’s most amazing about that story to me is that everything in it appears to be foretold (through Joseph’s undeniably prophetic dreams)—and yet everything in it also appears to happen entirely through human agency. You can’t read the story without appreciating the interlocking presence of both free will and destiny.

The question of free will and destiny is also embedded in the nature-versus-nurture debate, which makes the relationships between siblings an amazing way to explore this question of how much responsibility we have for who we are. 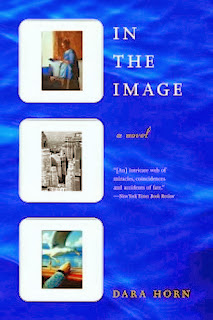 Q: Can you explain more about the role of memory in the book?

A: The book questions whether or not there is such a thing as an objective reflection on the past. Our lives are now so saturated with digital recording that it’s possible to imagine that we can look back at the past with more evidence than we ever had.

My main character exploits that technological ability to create a complete system that records every aspect of our lives. It’s a fantasy I’ve had for a long time. But now, of course, social media has turned my dream into a nightmare where every idiotic thing you do is recorded forever.

In the novel, that question of how we remember the past is turned on its head, as historical evidence, whether digital or otherwise, ends up interfering with the way we actually control our past—not by recording everything, but by curating our memories, by selecting, out of that bottomless well of trivialities, what’s worth remembering.

And it’s that act of choosing what’s worth remembering that turns a lifetime’s worth of memories into a story that gives our lives meaning.

A: Did I mention how I always start with a hundred pages I end up throwing away?

A: I have an 8 year old, a 6 year old, a 4 year old, and a 1 year old—which means this is all the time I can give to this interview right now. Thanks for understanding.