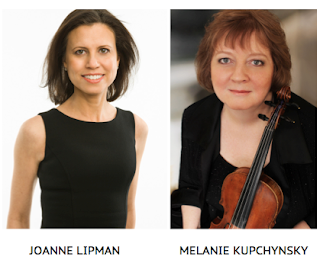 Joanne Lipman is the co-author, with violinist Melanie Kupchynsky, of the new book Strings Attached: One Tough Teacher and the Gift of Great Expectations. It focuses on Jerry ("Mr. K.") Kupchynsky, Melanie's father, a longtime music teacher who taught both authors. Lipman is a journalist who has been deputy managing editor of The Wall Street Journal and founding editor-in-chief of Conde Nast Portfolio. She is based in New York.

Q: Why did you and Melanie Kupchynsky decide to write this book?

A: Strings Attached started with an op-ed I wrote for The New York Times about Mr. K’s memorial service.  He was the toughest teacher on the planet, yet when he died, I realized he was the one who had made all the difference.

It turned out I wasn’t the only one. After his death, I traveled back to my hometown, my old viola in tow, to take part in a memorial concert in his honor. I expected a small gathering. Instead, I was astonished to see forty years’ worth of former students and colleagues – musicians, doctors, professors, lawyers --who had flown in from every corner of the country. When the curtain rose on our concert, we had created a symphony the size of the New York Philharmonic!

To Melanie’s and my surprise, the Times article about Mr. K went viral. It reminded readers of that person in their own life who made all the difference – not necessarily a music teacher but perhaps a football coach, or an English professor, or a family friend. And the overwhelming response made us realize that every successful person has a “Mr. K” of their own in their past.

Meanwhile, Melanie had begun writing privately about her family, which has endured so much pain and tragedy -- from her dad’s youth fleeing Nazi Germany, to his later life caring for an invalid wife, to his years-long search for his younger daughter, Melanie’s sister, after she mysteriously disappeared.

After Melanie shared some of her writing with me, we realized that his story was so much deeper and richer than either one of us had understood on our own – and that his was a story that deserved to be told.

Q: What was it like working with a co-author, especially one who is the daughter of the man you both were writing about?

A: To us, writing the book with two authors was the only way to tell Mr. K’s story. He was a complex figure, one whose commanding public presence was more than matched by tremendous private pain.

We wanted to portray him both from the perspective of the outsider (me, the whiny student) and the insider (Melanie, who understood his poignant back story). Both voices were key to communicating the depth of this complicated and fascinating man. 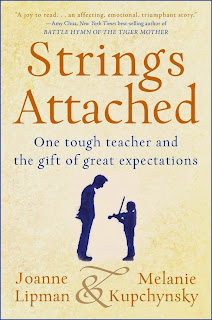 The challenge was to piece together both viewpoints into a single cohesive narrative. It was a puzzle – I often compared the process to trying to solve a Rubik’s cube made up of Rubik’s cubes.

But in terms of the process : we loved working together! Our collaboration was joyful. It really felt like a duet.

As kids, we played together in a string quartet that traveled together and performed frequently. We spent long hours rehearsing, taking apart the music and putting it back together. We would try out musical phrases one way or another, and make adjustments along the way, until we hit that sweet spot where it all came together. The process of writing felt just the same way. In both cases, when it clicked, it was magical.

Q: How difficult was it to remember and recreate incidents that happened decades earlier?

A: Our memories of key events were surprisingly similar – but our perceptions were often very different.  For example, we both remembered a solo performance Melanie gave of the difficult Mendelssohn Violin Concerto at age 11.  But she remembers it because she thought she screwed up; I remembered because those of us in the audience, including me, thought it was brilliant!

But we also relied on voluminous research and interviews. We sought to confirm conversations with participants, and we interviewed numerous former students and colleagues of Mr. K.  We also pored over contemporaneous news accounts as well as our own diaries, scrapbooks and photographs – some of which were personally painful or embarrassing, but crucial for the story.

To piece together Mr. K’s childhood in the war, which is something he never spoke about even to Melanie, we worked with the U.S. Holocaust Museum, the International Tracing Service in Bad Arolsen, German, the Ukrainian Research Institute at Harvard, the Schevchenko Scientific Society in New York City and the Ukrainian Canadian Research and Documentation Centre in Toronto, among others.

We collected numerous documents in Ukrainian and German, and enlisted translators in both languages to help us. We also interviewed childhood friends and those who knew him in the refugee camps.

Q: What role does music play in your life today?

A: While I no longer play the viola, I rely on the lessons Mr. K taught me every single day in my work as a journalist: Perseverance, focus, discipline, attention to detail, and passion.

Q: You write in the introduction that after your piece ran in The New York Times about Mr. K., you received a deluge of e-mails from readers about their own "toughest teacher in the world." What is the common denominator that made all these teachers so memorable?

A: We realized that just about every successful person has someone like Mr. K in their past – the person who pushed them to dream bigger and reach higher. The one who set them straight on what matters in life. And the one who, quite frankly, kicked their butt and cut them no slack.

As one reader said to me, “It’s funny how the ones who were the biggest pains in the ass at the time are the ones I recall most vividly all these decades later.”

A: I would love to write another book – the key will be finding a subject that I am as passionate about as I was about Strings Attached.

A: Mr. K’s methods could be harsh, and we don’t sugarcoat them in Strings Attached.  And yet you can’t argue with the results.  The book raises questions we grapple with ourselves, as parents – are we too soft on our kids? How hard do we want their teachers to push them? And if our kids do complain, when – if ever – should we interfere?

We hope Strings Attached sparks discussion about parenting and teaching.  It also offers lessons about business success and leadership. My background is in financial journalism, and I was struck by how the lessons Mr. K taught  - in terms of discipline, focus and perseverance – are as important for business success as they are for teaching and parenting.