T. Frohock is the author of the new novel Carved from Stone and Dream, Book 2 in her Los Nefilim series. She lives in North Carolina.

Q: How did you come up with the idea for Carved from Stone and Dream?

A: The first Los Nefilim novel, Without Light or Guide, was set in 1932, prior to the beginning of the Spanish Civil War. As I had fielded a good number of questions about Spain and the Spanish Civil War during this period, I realized that most of my American audience didn’t have a strong familiarity with the Spanish conflict.

So I decided to jump Carved from Stone and Dream ahead a few years to February 1939. I wanted to hit the time period between the Spanish Civil War and the German invasion of France.

The story follows members of Los Nefilim—Spanish Nephilim that use light and music to create their magic—into La Retirada, the Republican retreat from the Nationalists at the end of the Spanish Civil War. The ideas for the events and the plot came from both historical and theological resources, which I then mixed together with old war movies. 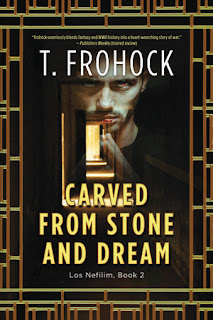 The upshot of it all is that Carved from Stone and Dream is John Wick meets A Band of Brothers hopped up on supernatural steroids.

Q: This novel is part of a series—did you plan the series out before you started writing the first novel?

A: When I outlined the three Los Nefilim novellas (In Midnight’s Silence, Without Light or Guide, and The Second Death), I had a story arc that began with introducing Diago and his husband, Miquel. In the first novella, Diago discovers he has a son, and instead of abandoning the child, like everyone thinks he will, he rescues Rafael and tries to be a good parent.

When Harper Voyager wanted novels in the series, I expanded the books to include Diago’s relationship with his family in connection with the family of their friend, Guillermo, his wife, Juanita, and their daughter, Ysabel. While all three books remain focused on Diago, the other characters develop stronger roles so that we learn more about them, too.

While the Los Nefilim novels can be read, more or less, individually, people that read the novellas and then the books will find that they follow a single arc that will eventually end with the last Los Nefilim novel, A Song with Teeth, which is coming out in 2021. 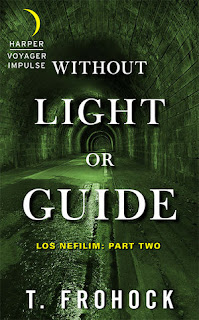 I wanted to write a series about two closely entwined families, who were intimately involved in the politics of their era. I also like the idea of keeping the stories like thrillers with a lot of mystery and action.

A: While I worked on the outline for the novel, I read Blitzed: Drugs in the Third Reich by Norman Ohler, and Scott Soo’s The Routes to Exile: France and the Spanish Civil War Refugees, 1939-2009.

Both books provided two of the novel’s prominent subplots: the Pervitin experiments conducted on soldiers by the Nazis and the terrible trauma of the Spanish refuges as they were forced into French concentration camps.

After Blitzed, I’ve never read a history of the German invasion of France the same way again. While most histories focus on the battle strategies and troop movements, none broached the fact that the soldiers were taking Pervitin every day.

Their job was to stay awake and push through France, and with the help of the stimulant, they did. The costs were horrific. The drug increased the soldiers’ aggression, gave them heart attacks, and those that survived suffered from addiction. 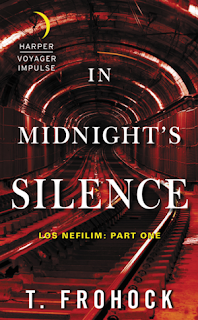 At the time of the German invasion, Rommel, who went on to become the celebrated “Desert Fox,” was hopped up on Pervitin, like his troops.

Rather than wait for his engineers to establish pontoons to get the tanks across the rivers, Rommel put them on ferries, which could have been a disastrous move given the weight of the tanks. The ferries didn’t sink, the tanks made it across, France fell, and the rest, as they say, is history.

Q: What do you see as the right blend of history and fantasy as you write your books?

A: There isn’t really a rule of proportion that I use, because I like to weave them together. The historical backdrop must be factual and the characters carry the supernatural aspects of the story. Although in Los Nefilim, the characters rely more on their wits than on magic.

A: I’ve written a novel a year for the last three years, so I’m taking a little break and working on synopses for some other projects. I was dangerously close to burnout by the end of the last novel, which is never good. So I’m giving myself some time to promote the Los Nefilim books while I’m thinking about what I want to pitch next.

A: I update my blog far more than my newsletter, but you can subscribe to either or both at www.tfrohock.com, just scroll down a bit for the links. If you enjoy history, I write a series called Fieldnotes about interesting facts that I come across in my research.