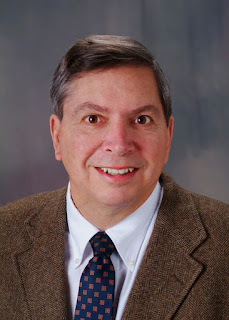 Robert Harms is the author of the new book Land of Tears: The Exploration and Exploitation of Equatorial Africa. His other books include The Diligent. He is Henry J. Heinz Professor of History and African Studies at Yale University, and he lives in Guilford, Connecticut.

Q: You've spent many years working on the history of this area. What inspired you to write this particular book?

A: There are two reasons – one personal and one professional.

The personal reason was that this book allowed me to integrate and consolidate research I have conducted over the years in equatorial Africa.

In 1969-71, I worked as a teacher in a secondary school in the eastern part of the Democratic Republic of the Congo (a.k.a. Congo-Kinshasa). The school was located among the Lega people in Manyema province, and I was fascinated to learn about the secret Bwami Society and the works of abstract art produced by the Lega.

While there, I collected over 1,000 Lega proverbs outlining the philosophy of the Bwami Society, and I was even able to attend a Bwami initiation ceremony. From reading history, I knew that Manyema was also the heart of Tippu Tip’s ivory and slaving empire in the late 19th century.

During my subsequent graduate studies in African History at the University of Wisconsin, I wrote my Masters’ thesis on the ABIR rubber company in the Congo, using a collection of original documents that the university had recently obtained.

Later, I did Ph.D. dissertation research along the upper Congo River, looking into the Bobangi ivory trade in the 19th century. I spent two and a half years traveling up and down the river in a dugout canoe powered by a 6 hp motor and collecting oral histories in the riverside villages.

Land of Tears allowed me to integrate the history of Manyema with the histories of the ivory trade along the upper Congo River and the depredations of the rubber companies in order to tell the larger story of the exploration and exploitation of the Congo River basin.

The professional reason was my dissatisfaction with the existing histories of the Congo Free State, which focus almost exclusively on King Leopold and the rubber atrocities. I felt that the story was much bigger than that, and it needed to be told in its full complexity.

That is why I used the rainforest ecosystem to define the region (instead of a particular country or colonial power) and included the abuses by the Arab and Swahili traders in Manyema and those of the rubber companies in the French Congo. The focus on rainforest ecology also allowed me to explore the role of resource depletion in determining the dynamics of the boom-and-bust colonial economy. 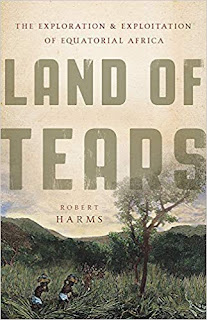 A: Because I had earlier done research on certain parts of this story, I could consult the ethnographic notes I had made while living in Manyema, the transcripts of the interviews that I conducted along the upper Congo River, and the documents on the rubber companies.

My most pressing need was for documents on my three main characters.

For Henry Morton Stanley, the Royal Museum for Central Africa in Tervuren, Belgium, was just finishing cataloguing Stanley’s voluminous papers, which it had purchased from the Stanley family in 1982, with additions in 2002 and 2003.

The papers of Pierre Savorgnan de Brazza are now housed at the French Overseas Archives in Aix-en-Provence.

For more information on Tippu Tip and the East African ivory trade, I spent time in the National Archives of Zanzibar, living in a house that was across the street from the large mansion built by Tippu Tip in the 1890s. It felt as though Tippu Tip was my neighbor.

Many other sources were available in published form because so many of the early travelers to the Congo River basin published accounts of their adventures upon returning home. In many cases, they simply published their diaries verbatim.

One of the biggest surprises was to discover the devastation caused by the ivory trade. This came about because the ivory traders were searching for “dead ivory” hidden in villages rather than fresh ivory that came from hunting elephants. They would burn villages and take hostages to force villagers to give up their stores of ivory.

Another surprise was how some Europeans would participate in the atrocities of the rubber companies and then return to Europe to write books exposing the crimes of the very companies they had served. They were profiting from both activities and perhaps salving their consciences at the same time.

A third surprise was that antislavery activists in Europe were slow to join the Congo Reform Movement because they saw King Leopold II as a hero for fighting the Swahili/Arab slave trade.

When the Brazza Commission did an investigation into the abuses of the rubber companies in the French Congo in 1905, Brazza took along a young philosophy teacher from Paris named Félicien Challaye to be his personal secretary. Challaye had a doctorate in philosophy from the University of Berlin and was familiar with the major literary works of European writers. 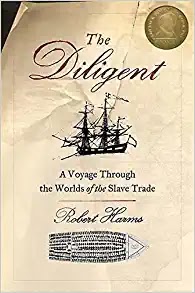 I recount in my book on pp. 439-440 that as the Brazza Commission was descending the Congo river, Challaye kept thinking about what he had seen and remembering phrases from Dante's Inferno.

Even though he did not have the book with him, Dante's images, words, and phrases flashed through his head and he recorded them in his diary.  He wrote down the phrases: abandon all hope, rivulets of blood, land of tears, abyss of pain, and regions of eternal grievance.

I had originally suggested a title that mentioned the rainforest, but my editors wanted something more evocative. While searching through the manuscript for words or phrases that they could use in the title, they picked out the phrase "land of tears" which is found on page 440.  I agreed because it evokes a dark mood and a sense of tragedy.

Q: You've compared the 19th century activities described in your book to the current rivalry between Russia, China, the EU and the U.S. over Africa's natural resources. Can you say more about that?

A: In both cases, the industrialized countries are competing for exclusive access to the natural resources of the Congo River basin.

The major difference is that today nobody is trying to establish colonies in Africa. Instead, the same goals can be accomplished by providing military aid and low-interest loans in exchange for exclusive contracts. As Woody Guthrie once sang, “Some will rob you with a six-gun; some with a fountain pen.”

A: The immediate prelude to the events in Land of Tears is found in the travels of the missionary/explorer David Livingstone through the grasslands of east-central Africa in search of the source of the Nile. Abandoned by his hired porters, he spent four years traveling with Arab and Swahili slave and ivory caravans.

His journal, published posthumously, and his letters to a variety of correspondents give detailed descriptions of the Arab/Swahili slave trade to the Indian Ocean coast and the expansion of the ivory trade deep into the African interior in the late 19th century.

At the same time, the grasslands were undergoing major changes as the eastern Lunda Empire was disintegrating into a series of independent chiefdoms and migrating Ngoni war bands from Southern Africa were disrupting the settled agricultural societies.

Livingstone was an eyewitness to all these developments that were transforming life in the grasslands. Although many biographies of Livingstone have been written, none of them have known quite what to make of his final quest when he traveled with slave traders.

This project will provide a fresh interpretation of Livingstone the explorer and use his recorded observations as a starting point to explore the transformation of the grasslands of east-central Africa in the late 19th century.

A: Previous histories of the Congo Free State have tended to focus on the role of Belgian King Leopold II and the explorer Henry Morton Stanley, but I wanted to emphasize that the exploitation of the rainforest and the devastation of its inhabitants could not have happened without the complicity of all the great powers (including the United States and the Ottoman Empire), and a variety of ordinary Europeans, Americans, and Swahili coasters who flocked to equatorial Africa to work for the ivory traders and the rubber concession companies.

In assessing the roots of this tragedy, there is plenty of blame to go around.