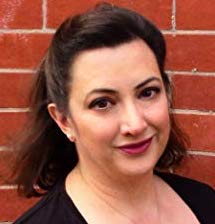 Susan Elia MacNeal is the author of the new mystery novel The King's Justice, the ninth in her Maggie Hope series, which also includes The Paris Spy and The Prisoner in the Castle. She lives in Brooklyn.

Q: This is your ninth novel about Maggie Hope--how did you come up for the idea for The King's Justice?

A: You know, Maggie Hope’s been through so much both physically and emotionally, especially in the last two books, The Paris Spy and The Prisoner in the Castle. I really wanted to show the cumulative effect of all of that trauma, as well as just living through the war.

I sometimes describe Maggie as “Nancy Drew meets James Bond” but I really do want to show how her character’s been evolving. She’s a very different woman in The King’s Justice (set in 1943) than the one we met in 1940 in Mr. Churchill’s Secretary.

Q: Did you know from the start that you'd be writing a series about Maggie, and how do you see her changing over the course of the series?

A: I had no idea that Mr. Churchill’s Secretary would turn into a series when I was first writing it. However, I always knew the characters would keep fighting the war and that they had futures beyond what the book showed.

But then Penguin Random House offered me a two-book contract for Mr. Churchill’s Secretary and Princess Elizabeth’s Spy, so I knew I had a chance for a series. And then the stories just kept coming!

A: I research the time and place, of course—down to the month and day of the week, because things can change so quickly—and follow Maggie and different characters on their arcs. 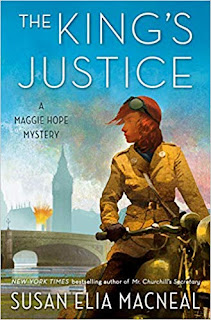 In London during April 1943, the Blitz had stopped (mostly), but there were still unexploded bombs littering the city that needed to be detonated. The thought of all those buried bombs, in danger of being set off at any moment, seemed like a perfect metaphor for Maggie.

I also researched the Italian Britains, or “Britalians,” living in Clerkenwell, London, during the war.

Most have dispersed now, but St. Peter’s Catholic Church and Terroni’s Café and Deli are still there, with people speaking Italian over their cups of espresso.

It was also sobering to follow the internment of the Britalians and their imprisonment in various camps. One of the groups was confined to Lamb Holm in the Orkney Islands, and built a Catholic chapel (when they weren’t working on building the Churchill Barriers near the Scapa Flow).

A: I usually know how they end, but the route is never clear! I have an outline, and then all my notes, and bits of scenes, and then I put it all together and see what happens. 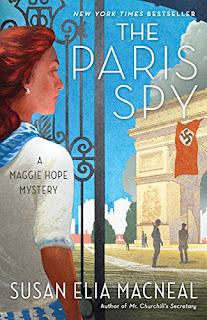 One of the most nerve-wracking yet gratifying (and truly magical) parts of writing is when a character or plot idea comes to you that you didn’t outline and won’t let you be.

For example, Sarah Sanderson, the ballet dancer, was never a planned character. She just showed up—and has been one of Maggie’s best friends (and in almost every book) since. She just demanded to exist — and the best thing I did was just get out of the way and let it happen.

And I do have the very last scene of the series in mind, so in the longer-longer-term, I’m always working to that.

A: Right now I’m working on the next Maggie Hope novel, The Hollywood Spy, which takes place in Los Angeles during the summer of 1943.

It’s fascinating to write about the U.S. during World War II—literally and figuratively a world away from life in Britain.

I’m doing so much new research! What was rationed here was different, there’s the war in the Pacific, you have segregation and other political issues that don’t exist in Britain… I’ve learned so much about American history (beyond what I learned in various history classes) and I deeply appreciate the opportunity. 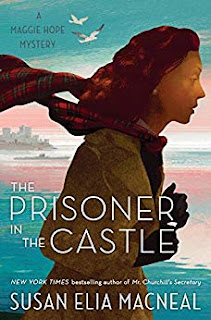 A: One of the best parts of researching The King’s Justice was talking to the Yeomen of the Guard and the Ravenmaster at the Tower of London. Yes, the Ravenmaster (also known as Chris Skaife, the full-time caretaker for the birds of the Tower)!

He was able to tell me a lot about the ravens at the Tower in 1943 (Mabel and Grip, who have cameos in The King’s Justice). He has a book out, called Ravenmaster: My Life with Ravens at the Tower of London, which is wonderful. More information at https://ravenmaster.org.