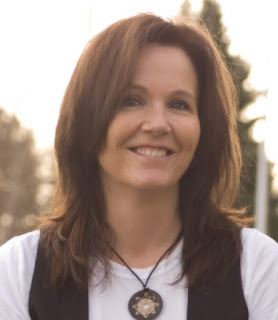 Janet Gurtler is the editor of the new young adult book You Too?: 25 Voices Share Their #MeToo Stories. Her many other books include the YA novels The Truth About Us and I'm Not Her. She lives in Calgary, Alberta.

Q: What inspired you to create your new book, and how did you choose the authors to include?

A: When the #MeToo movement exploded on social media, I thought about some of the things that had happened to me when I was younger. It made me angry. And sad.

The memories made me angry because at that time I just didn’t know that the behaviors and actions I was experiencing were not my fault. Or that I should or could have done something or told someone. It was behavior we expected and put up with.

So I wanted to talk about it for today’s teens. And my version of talking is to write things down. 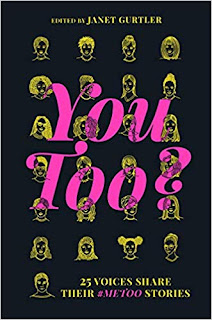 As far as authors, my agent and editor helped me reach out to some well known authors, like Ellen Hopkins and Beth Revis, and from there we wanted to include a diverse range of writers and stories. The writers who contributed were brave and honest and I respect and admire their willingness to participate.

Q: You write that "we need to keep talking. We need to keep listening. For that is the only way we'll be able to change the world." What do you hope readers take away from the book?

A: I hope that this book reaches people who need it for different reasons. I also hope that readers will read the true and very honest and sometimes difficult experiences and feel empathy. And with that empathy there will be recognition that if something did happen to them, they can begin to feel that it really wasn’t their fault.

I think we need to hear and see other people and that helps us ensure things do not continue to happen, or that we equip the next generation with better ways of calling it out and/or dealing with it. 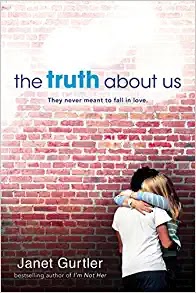 Q: You write that as someone coming of age in the late '70s and early '80s, you "grew up believing that the women's movement had 'already happened.'" What role do you see the #MeToo movement playing today?

A: It surprised me that my own teenager thought that #MeToo issues were a problem in my generation, not his. That these things don’t happen to his peers. And that’s the good part of the movement. That people are talking about it.

There is backlash of course, but it’s to be expected. Change is hard sometimes. It’s not easy to hear the kind of stories that are in the anthology. But it’s necessary to keep conversing and to look at ways we can do better.

A: I’d love to see the generation coming up not having to deal with these #MeToo movements as often as we have. I think there’s still a long way to go, you just have to read the news some days and it’s obvious. Or talk to friends. 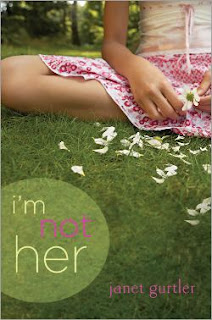 But. I do think that we are starting to listen. That men are listening. That the generation coming up is looking for better things for kids.

A: I am co-writing a secret YA book with a secret male author. I really love the story. I love his character and I love mine.
I’m not supposed to talk about it yet, but I will say that our two voices are so different and I think it really works well in the story we are telling.

A: I really think this book is important for moms of teens, dads and caregivers. It’s not an easy read, but it really drives home the point that harassment and abuse are such a big part of so many people’s experiences.

I think that the moms of teens should read the book to kind of have a reckoning with their own past, and then pass it to their teen children and have conversations about what is acceptable and places to go for help if they need it. It’s tough. It’s necessary.