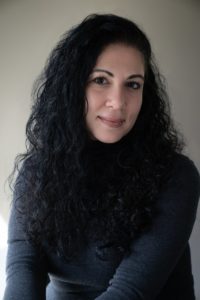 Susan Muaddi Darraj is the author of Farah Rocks Fifth Grade, a new middle grade novel for kids. She also has written the short story collections A Curious Land and The Inheritance of Exile. She is associate professor of English at Harford Community College in Bel Air, Maryland, and is an editor at Barrelhouse Magazine.

Q: How did you come up with the idea for Farah Rocks Fifth Grade, and for your character Farah?

A: Farah is a composite character, based on all the wonderful little Arab American girls I know. My daughter was about 10 when she mentioned to me that she rarely saw Arab American girls in the books she was reading -- which was the same complaint I had when I was her age.

I started to write a story for her, and Farah was born. She arrived in my head as a joyful, upbeat character, which is why I named her "Farah," which means "joy" in Arabic. She was funny and brave and very protective of her little brother. 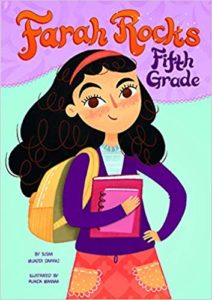 I imagined her as the older child in an immigrant family, who takes on a lot of responsibilities at home, as is typical. But she doesn't complain about it -- she's happy to be helpful and she has a positive relationship with her parents.

She is also a working-class character -- this was important to me, because I grew up working class. She's a character who's very much aware of her parents' financial struggles. Most working-class kids are in tune with their parents' worries, and they feel the stress in the house when money is tight. Farah is no different.

Q: What do you think the book says about bullying?

A: Bullying is something that a lot of adults talk about, though many of them don't really understand how it works. There is a stereotype of the school bully that you see in movies and TV shows -- the big, tall athletic kid, or the popular, beautiful mean girl. 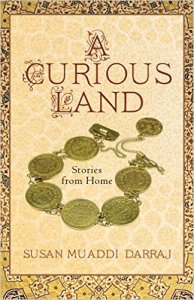 However, this is far from the truth. Many bullies, for example, are considered terrific kids by their teachers. They're academic all-stars, they're well-behaved when the adults are in the room, they participate in school activities and are popular.

But these kids can also be bullies -- they can hurt other kids whom they know won't complain. And those kids won't cause a full because they sense that they won't be believed. Even if they're believed, very little would change.

A: I knew Farah would confront a bully on behalf of her brother, and that the bully would then turn on her. I set up the beginning, and I let the rest of it unfold. I always write that way. I like to surprise myself as I'm creating -- I never outline a story ahead of time.

Q: You've also written for adults--do you have a preference? 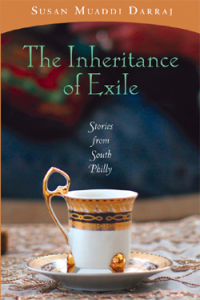 A: I love writing for both! Learning to write for children was more challenging than I'd anticipated. There's a balance between writing for that age group, 8-12-year-olds, and maintaining an honesty with them. Kids know when you're talking down to them.

With the bullying storyline, for example -- I couldn't be less than honest about it, because they have seen bullies in action and they know what's real. As a fiction writer, I owe it to my reader to respect their intelligence and to be truthful.

Q: Farah Rocks Fifth Grade is the first in a series--what's next?

A: The next book is out in July -- Farah Rocks Summer Break. There's an exciting summer camp she wants to attend, but it's very expensive, beyond what her parents can afford. So she decided to try to earn the money on her own by taking on a series of jobs.

A: Farah Rocks is the first chapter book series to feature a Palestinian American child as the protagonist -- I'm proud of that, and I hope that every child who reads it will feel connected to Farah and her family. There's an Arabic glossary in the back, as well as a hummus recipe!