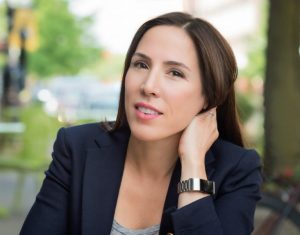 Camille Pagán is the author of the new novel This Won't End Well. Her other books include I'm Fine and Neither Are You and Life and Other Near-Death Experiences. Her work has appeared in a variety of publications, including The New York Times and O, The Oprah Magazine. She lives in Ann Arbor, Michigan.

Q: How did you come up with the idea for This Won't End Well, and for your character Annie?

A: For my 40th birthday, my husband, two children, and I went to Paris. We’d planned the trip for nearly a year—and by all accounts, it was a blast.

We stayed in a magical apartment in Montmartre with sweeping views of Paris and the Eiffel Tower and managed to do just enough sightseeing to make the most of the vacation without burning ourselves out. We even celebrated in the streets with the rest of Paris as France captured the World Cup. 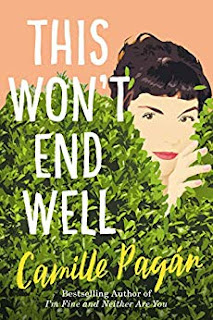 But eight days is a lot of family time—especially for someone who’s used to spending long stints alone in front of her computer.

By the day after my birthday, I’d had so much togetherness that I felt like I couldn’t hear myself think. Sensing this, my husband volunteered to take our kids to a park on the Seine, so I could go for a walk by myself.

I was strolling along the river, watching the water rush wildly and thinking about what a feat it is to successfully manage relationships—even, or maybe especially, when they’re with the people you love most—when a single sentence popped into my head:

Hello seems like such an innocuous word, but it’s really a portal to loss.

Which is, of course, the opening line to This Won’t End Well. As with all of my books, the story came to me almost at once.

I thought: What if a sweet but cynical scientist’s heart was broken by her fiancé, who flew to Paris without her—and she decided to protect herself by swearing off new people, only to find herself entangled in the affairs of her glamorous new neighbor and the amateur detective investigating said neighbor?

That character is Annie, and she is quite possibly my favorite character since Libby in Life and Other Near-Death Experiences. 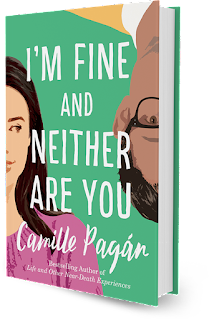 Q: Why did you decide to write an epistolary novel this time?

A: The book just came to me that way; it started with a letter from Jon to Annie, and when I began writing, it made sense to continue writing in letter format. As a writer, I enjoy new challenges, and it was a joy to write a novel that was unlike anything I’ve written before.

Q: What do you think the book says about commitment?

A: Without giving away too much, I think This Won’t End Well addresses the fact that commitment for commitment’s sake isn’t necessarily a good thing. Often times, we cling to jobs, relationships, and even old dreams that no longer serve us.

Q: You're also a journalist--how have journalism and fiction writing fit together for you?

A: I’ve been a health journalist and editor for nearly 20 years; it grew out of my natural interest in health. No surprise, most of my novels address mental or physical health in some way.

But aside from any research that I do to address those issue (e.g. investigating the opioid crisis for my last novel, I’m Fine and Neither Are You), I turn off “fact mode” in my head and lose myself in the story when I’m writing fiction. 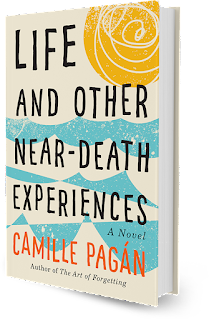 As much as I love journalism, fiction still feels fun—which is maybe why I can’t stop writing novels!

A: My seventh book is a follow-up to Life and Other Near-Death Experiences. I’ve just started working on it, but I’m having so much fun returning to these characters and Puerto Rico (where Life is largely set).

A: I love connecting with fellow book lovers; you can find me on Instagram at @camille_pagan or on Facebook at facebook.com/CamillePaganBooks.