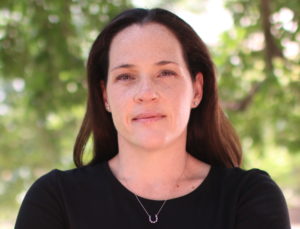 Kate Winkler Dawson is the author of the new book American Sherlock: Murder, Forensics, and the Birth of American CSI. It focuses on the life of pioneering forensic scientist Edward Oscar Heinrich. Dawson also has written the book Death in the Air. She is a documentary producer, and she teaches journalism at the University of Texas at Austin.

Q: You note that you first learned of Edward Oscar Heinrich while looking through an encyclopedia of crime. What made you decide to write his biography?

I have a checklist—first, is this somebody people have heard of before? He didn’t have a Wikipedia page. Is he important? Is what he studied important now? How did he make history?

One of the biggest challenges was, What is his archive like? Theodore Heinrich, his son, became famous and had an incredible archive. His Watson had an archive. That amount of information was really important to me. It took a long time to dig through it. 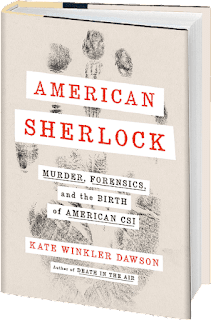 I give props to the archivist Lara Michels at UC Berkeley, who bent over backwards to help me. It was a tapestry I had to put together.

Q: You describe Heinrich as "a productive hoarder." As you researched the book, what did you find in his archive that especially surprised you?

A: Particularly with a productive hoarder, you would expect in-depth files on his cases. I was surprised what a controlling person he was in his personal life with his finances.

You can’t show a sense of humor in narrative nonfiction, but there’s a line that he even journaled when he journaled. He even put down when he smoked a pipe. And he literally chronicled every single thing he spent money on.

I did a last-ditch search on his father, and I found out about his suicide, and it all came together. That was the reason he was the way he was.

Q: How well known was he during his lifetime, and why haven't more people written about him?

Nobody has written about him because of the size of his collection. Any serious journalist would have to sit down and go through it. To do it right was quite an endeavor.

The collection was so overwhelming. The archive was so big—it included loaded guns, maxipads, locks of hair from the Arbuckle case, the jaw of Bessie Ferguson. He shouldn’t have kept any of this. 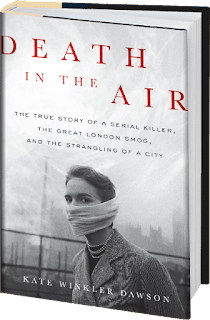 A: His legacy teaches us about the power of forensics and how it can be used and misunderstood and keep people safe and also abused. He was guilty of both.

He was on the forefront of a discipline that shifted who we are as a society, but he made big mistakes that were not intentional. But when you develop a new science, you’re going to make assumptions, and he was so egotistical that he thought he was infallible.

A: Another project that involves neuroscience and alienists. I’ve stared a historical true crime podcast—my books, in podcast form. One season is about bodysnatchers. Another is about neuroscience. I come from a documentary background, and this uses my various skills.

I respect people who do straight-up true crime, but my goal is to elevate the genre by adding historical significance.

And I am a woman who writes about men mostly killing women. My goal is to have the victims be as strong as the killers. It’s hard in this field to be a feminist and write about men using women as tools. I can’t keep making the serial killer the star.

In my podcast, I interview victims’ families; you can talk about the family’s point of view. In any media I work in, I try to stress the importance of not glorifying the killer but bring life to the victim and combat gory exploitation.

A: This book for me is very personal. My father was a law professor for 37 years. He believed in the legal system and in good forensics. This was the first time I was able to channel my dad in the kind of book he would appreciate. It’s been a pleasure to work on.