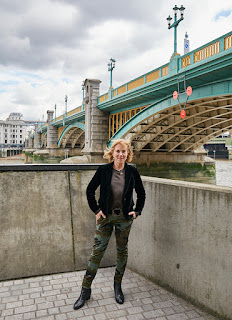 Hannah Rothschild is the author of the new novel House of Trelawney. She also has written the books The Improbability of Love and The Baroness, and her work has appeared in a variety of publications, including Vogue and The Independent. A film director, she lives in London.

Q: How did you come up with the idea for House of Trelawney and your cast of characters?

A: I wanted to write a satirical novel about a troubled dysfunctional family. There's a long tradition of British fiction set in country houses (Jane Austen to Downton Abbey).

A large mansion offers the opportunity to contain a disparate group of people under one roof. I started with a grand old matriarch and then added generations beneath her. Once I had the family in place, I bolted on friends and accomplices.

The trouble wasn't thinking of new people, that was easy: it was trying to avoid the temptation of dreaming up too many disparate characters. 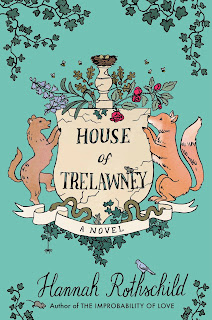 A: I work part-time in finance and since the crash of 2008 have been fascinated (and appalled) by the fallout of that momentous event.

I believe that the rise of nationalism, the rhetoric that has shot the likes of Trump to power and has unleashed the UK from Europe, can be traced back to the crash.

This book and its characters are a way of examining those events through individuals' eyes and experiences. While there was nothing “funny” about the financial crisis, humour can be a way of distilling raw emotion and complicated ideas.

A: I never like being too prescriptive with my writing. Part of the fun is to head off on a storyline and see where you end up. This is not the most efficient way of working but it keeps me interested! 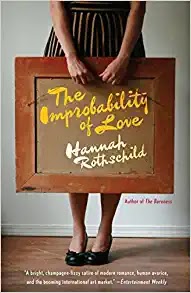 I try and treat writing a book like having a secret love affair. I take the manuscript on holiday, to assignations in coffee shops, I get up early to see it. Not conventional but it works for me.

Q: You're also a film director. How do directing and writing complement each other for you?

A: With films you are working in different timeframes and formats and mediums--your goal is to tell a story but you have to use sound, vision, voices and knit those together to create a whole.

I write in a very similar way--interweaving characters, situations and events. When it works, there's a wonderful and unexpected alchemy.

A: I want to follow the same family (the Trelawneys) and their friends from the crash of 2008 to the political upheavals of 2015-16 and continue my theory that the consequences of those months are still playing out in  every area of our lives--wherever we live, whatever we are doing. 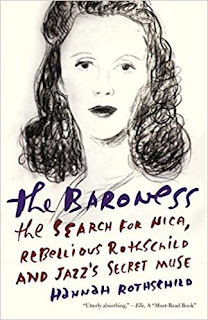 A: I tend to start a new novel with a shoebox into which I put all sorts of odds and ends which might spark an idea or a theme or a character.

With House of Trelawney the shoe box contained some letters written from India, postcards of Cornwall, a photograph of a collapsing stately home, a train ticket, newspaper clippings and a couple of favourite portraits of women who were the inspiration for some of my characters.

When I am ready to start writing, I tip the box onto my desk and look for patterns. It has worked for three books so far.