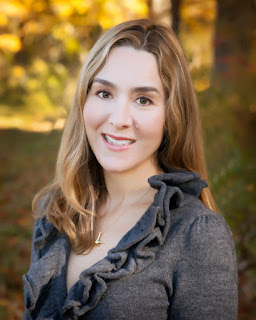 Ismée Williams is the author of the new young adult novel This Train Is Being Held. She also has written the YA novel Water in May. A pediatric cardiologist, she lives in New York City.

Q: How did you come up with the idea for This Train Is Being Held, and for your characters Isa and Alex?

A: If you talk to anyone who knows me from high school, they will tell you that I am a complete romantic. It’s true! I love LOVE. So, I’m always inventing scenarios for romance.

Given that I live in New York, I’m on the subway a lot. I’ve always been intrigued by how the train commute brings New Yorkers of different backgrounds together, in very close proximity.

Every so often you see connections form between strangers, someone offering their seat to another or picking up a dropped ski hat. The 1 train seemed like the perfect setting for two individuals who live very different lives to cross paths–multiple times.

Q: Most of the novel takes place on the New York subway. Can you say more about what made you choose that setting, and how important is setting to you in your work?

A: I’ve been taking the subway (and bus) since I moved to New York in 1999. We live where we live because it is close to the 1 train, which I needed when I was a resident in pediatrics at Columbia University Medical Center since I often had to be at work before 6 am. 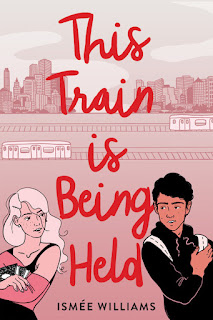 I took the subway when pregnant, then with babies strapped to my chest, and then with toddler and young school children. My oldest now rides on her own!

The subway is often the fastest way to get around in the city, especially if there is bad weather. It can be entertaining too, if you’re into people watching.

So yes, the subway is integral to my city existence, as it is for many city dwellers. It was pleasure to bring this element into my novel.

Q: Your characters are a dancer and a baseball player. Why did you decide to make both of them athletes, and how do you see their sports complementing each other?

A: I wanted my characters to resonate with the many teens who have very highly scheduled lives. I did a lot of extracurriculars in high school, including ballet, but today’s teens are incredibly more scheduled than we were.

I wanted to pay tribute to that and to show how difficult it must be to maintain a relationship when your time is consumed by school and your after-school pursuits.

I also liked the idea of having both characters be very committed to something physical, having them both be athletes. But I knew I wanted the boy to also have an artistic side, and since dance is an art form, Isa is Alex’s muse in more ways than one.

Q: The book also deals with the issue of race. What do you think Isa and Alex's relationship says about racial issues today?

A: I try to bring truth to my stories, even if the truth isn’t always pretty. Racism and prejudices of all kinds exist in every single culture, even today.

If one doesn’t identify with a specific group, one might not know of prejudices within that group. I remember the amazing Mitali Perkins talking to me of shadism within the Indian community and thinking that this exists also within the Latinx community. 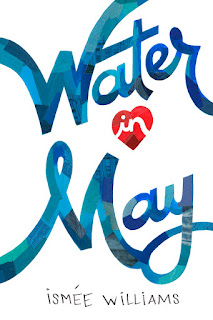 Alex and Isa don’t only face the prejudices of their differing physical appearances, however. I wanted this book to be about expectations and how these expectations from society, from family, from friends but also from oneself watched how Isa and Alex reacted to them.

A: I love trying new things – even if they don’t work out. I’m pondering a picture book at the moment, though it may never see the light of day!

I also have ideas for other YA romances, with settings as vast as an island enclave off New England and a small town in the south of Spain.

A: A quick note about mental health: the number of teens suffering with or affected by mental health issues is rising. 1 in 5 teens will be diagnosed with a mental health disorder. Depression is most common, affecting 1 in 8 young adults.

My own upbringing was influenced by the mental health crises of those close to me. I wanted to bring mental health and the stigma of mental illness forward as another powerful influencer of identity and decision-making within young adults.

I also wanted to highlight the importance of talking about your fears and concerns with a trusted family member or friend. Don’t keep it to yourself! Help and support are available. You just have to ask.