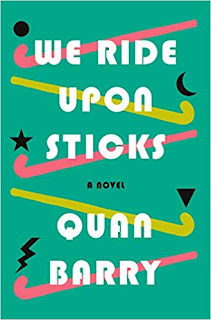 Quan Barry is the author of the new novel We Ride Upon Sticks. Her other books include the novel She Weeps Each Time You're Born and the poetry collection Asylum. She teaches at the University of Wisconsin-Madison.

Q: How did you come up with the idea for We Ride Upon Sticks?

A: I’m from the North Shore of Boston. I grew up in Danvers, which was part of Salem, and many of the initial happenings that precipitated the Salem witch trials were in Salem Village in Danvers. And I played field hockey.

I was always interested in the 1600s. I was thinking about sports, women, girls, local history—and I decided I wanted to write a book that put all those things together.

A: I didn’t need to do that much additional research; it was mostly fact-checking. The town has great archives. and archivist, Richard Trask. I could ask questions like where was the town border in 1692?

The last time I went to the archives. I discovered the town seal of Danvers has the phrase “The King Unwilling.” Richard said the thinking is that when the town was incorporated, the king was against it. 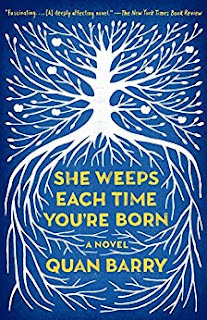 A: The original title was longer—We Ride Upon Sticks and Are There Presently, which was an actual quote from Tituba, an enslaved woman and the guardian of several girls in the trial. There were questions whether she was an African enslaved person or Indigenous.

The actual quote was shortened. It was a line she said at her 1692 trial.

I’m fascinated with Tituba. She was the first one to admit, to confess. It saved her life. She wrote the script for many other accused—if you admit it, your life will be spared.

They asked her details at the trial, and there was one question about how she traveled to the meetings—“We ride upon sticks.”

Q: What do you think the book says about the idea of witchcraft?

A: The movie The Witch came out three or four years ago—there’s a teen girl whose family thinks she’s potentially a witch. In many ways, the idea was new to me, that being a witch was empowering for women in 1692. You’re able to do what you want.

There’s a large Wiccan community in Salem. In many ways it’s all about empowerment, and also about community. In the book, the girls are building a community, and learning about themselves. It happens to be DIY witchcraft. I see it as empowerment.

A: Setting is incredibly important to me. My first book is set in Vietnam. I traveled to Vietnam four times—I needed to understand things about the landscape. Rooting myself in the landscape helps me understand the plot. 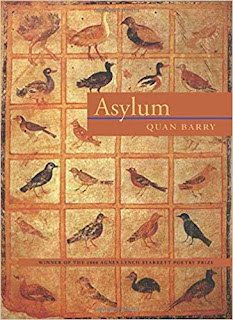 In this book, it was important that it’s factual; for example, the names of the stores in the ‘80s. It’s very important for me to think of those spaces. It helped me envision what the characters would do.

A: I’m working on a novel set in Mongolia. It follows two Buddhist monks who are looking for reincarnation in the Mongolian landscape.

I was trained as a poet. I write four books of poetry and my first novel was lyrically written, with a lot of tragedy and sorrow. We Ride Upon Sticks is a comedy. I realized my general modus operandi of lyrical work wouldn’t work.

The next book has no comedy. It’s a meditative kind of work.