Karen Magnuson Beil is the author of What Linneaus Saw: A Scientist's Quest to Name Every Living Thing, a biography for kids of 18th century scientist Carl Linnaeus. Her other books include Fire in Their Eyes and Jack's House. She lives near Albany, New York.

Q: Why did you decide to write about scientist Carl Linnaeus in your new book?
­
A: Carl Linnaeus was a science rock-star in the 1700s. He was admired by Benjamin Franklin, Thomas Jefferson, and Charles Darwin who a hundred years later would call him his “hero.”

In fact, Darwin might never have recognized that species could change over time, if it hadn’t been for Linnaeus’s brilliant work.

The reason Linnaeus’s ideas spread so quickly was a set of traits that would benefit scientists today.

His excitement was infectious. He developed a huge global network of correspondents (without social media!) where ideas, information and seeds were exchanged (without FedEx!). He was a clear communicator, urging his students on expeditions to write vividly so their readers could “see” what they were describing. And, most importantly, he worked to make science accessible to the non-scientist too.

His passion started in childhood. As a kid, he skipped school to explore wild places. As an adult, he stirred up controversy with revolutionary ideas.

He was the first to classify humans and apes together! The first to claim whales and bats were mammals, not fish and birds. The first to use symbols to indicate female and male in biology. His work still influences the way we talk about nature today.

We use words he coined, including mammal, Homo sapiens, and thousands of animal and plant names. Yet Linnaeus is mostly unknown to students today. So, I thought it was time for a new generation to understand who he was and how he saw nature. 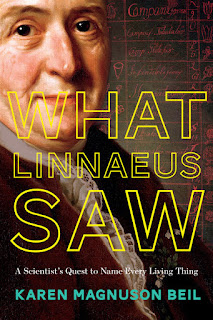 A: Surprised me? Yes, lots of things! Here are some.

- A clipping from a 1954 Stockholm newspaper. I found it in a university archive in Pittsburgh. When I translated it—Wow! In the 1600s, his mother’s great-grandmother was burned at the stake for witchcraft! A generous librarian in Norway translated the trial transcripts for me.

- A handwritten daily diary from when he courted Sara Lisa. He even described what he wore when he proposed!

- The biggest surprise was my own reaction to a source. The text seemed to analyze his character through a present-day lens, neglecting his 18th century life. It felt so negative that I stopped my work. But months later, I reread it and came to realize that he didn’t need to be perfect, he only needed to be real. My view of him became more balanced and even more compelling and inspiring.

To reconstruct an 18th century life, you need details and context—what people believed back then, how medicine was practiced, what his daily life was like, places he traveled, people he knew. 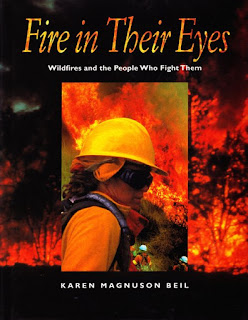 I used lots of primary and secondary sources. Letters. Dissertations. His teenage field notebook. Autobiographies. A love poem. Incredible historic art from the period, plus his own drawings.

The hardest part of the research, though, was dealing with letters and documents written in old forms of Swedish and Latin which hadn’t been translated.

Q: You write of Linnaeus, "The rule-breaker became the rule-maker." How would you describe Linnaeus's legacy today?

A: Terrific question! Eighteenth-century scientists unknowingly created a hodgepodge of names. To fix the mess, Linnaeus first had to break old rules and dump old names. Then he replaced them with new rules and new names.

He revolutionized biology by simultaneously building two systems, one for naming species and another for organizing them. Scientists have accepted his work as the worldwide starting point for both modern botanical and zoological naming.

As a result of scientific advances since then, such as the discovery of genes, some of his work has been replaced. But many of the 7,700 plant names and 4,400 animal names that he coined are still in use. 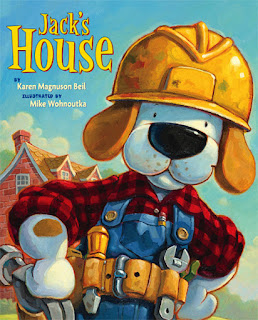 Scientists travel to London to study his actual plant and animal specimens to help in identifying species and evidence of environmental change.

Q: What do you hope readers take away from his life story?

A: I hope What Linnaeus Saw will inspire kids to be curious about the natural world, to ask questions, to imagine, to dream, and explore nature with excitement—like Linnaeus did. I want them to know that science is a work in progress that needs the next generation.

A: I am searching for just the right story. All I can say is the sources will not be in Old Swedish or Latin!

A: How about a little something about structure? Rather than telling his life’s story chronologically (boring!), I structured each chapter to show Linnaeus’s excitement as he worked through a problem, trying, failing and trying again.

Toward the beginning we see him as a teenager puzzling over a pumpkin plant at a time before scientists even understood what pollen does. That way, we are learning as Linnaeus learns. My hope is that each chapter engages the reader in the process of discovering.

As my favorite Jeopardy! champion James Holzhauer told The Washington Post: “For me, it was either read some children’s books—designed to engage the reader—or go into Jeopardy! with giant gaps in my knowledge base.”