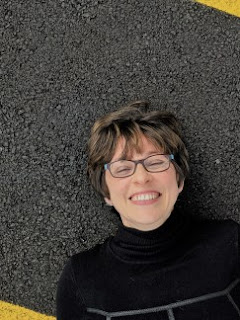 Katia Raina is the author of the young adult novel Castle of Concrete. She grew up in Soviet Russia, and came to the United States as a teenager. She is a 6th grade teacher in Washington, D.C.

Q: How did you come up with the idea for Castle of Concrete, and for your character Sonya?

A: The idea for Castle was not really a one-pronged big idea, more of a hodgepodge of memories, emotions, questions, and experiences of being a Jewish teen in Soviet Russia.

That said, there were definitely a few big memories that came together and fueled this story: a moment when a boy I liked cursed out a stranger using an anti-Semitic slur was probably the biggest one. I never found out if that boy was a real anti-Semite and whether he knew that I was Jewish. But those questions bothered me so much that I had to write them into my first novel. 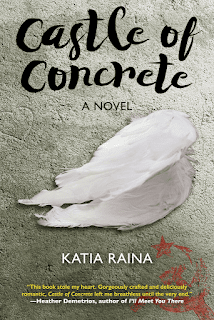 A: On the one hand, one could say religion is EVERYTHING to this novel: it's all about Sonya finding out what it means to be a Jew in a country that was built on the idea that religion was "opium."

On the other hand, in a way, this story has nothing to do with religion. Being Jewish in Russia is an identity more like a nationality. It's a way of life, and a viewpoint, and that is how I am always going to think of my own Jewishness. Like a statement. That's the way Sonya comes to discover it, too.

Q: The book is set in the last year of the Soviet Union. How important is setting to you in your writing?

A: The setting is everything in Castle of Concrete. The time, place and social context of the 70-year-old empire crumbling before everyone's eyes was so much more than a backdrop to Sonya's journey of self-discovery: it was Sonya's history, her traumas and her jail.

She likes to hang out at a construction site, her "castle." It's where she broods on her love troubles; it's where she kisses a boy for the first time, it where she tries to take a stand for democracy. In so many ways, setting is us, building and re-building ourselves. I wanted to show that through Castle.

A: I try not to write with a message in mind. I prefer questions. What does it mean to be Jewish? Why do people hate the "other?" Why do we sometimes feel like we need "the other" in the first place? Can love heal our differences and transcend our pain? What does it mean to be brave? I love it so much when readers tell me what they discovered.

One thing I hope for when readers pick up the novel, is that they will not judge Sonya too harshly. I appreciate it so much when they tell me they wanted to yell at her at times, yes, but that they understood how challenging the journey toward your own true self can be. Maybe that's what I really wanted the readers to take away from Castle.

A: I don't like to talk about it much, sorry. All I will say is, it's going to be a YA novel again, but something very different! And yet, will I ever be able to completely get away from my favorite, troubling themes, even if in a different genre?

A: I am not just an author; I am also an extremely busy English teacher. I care about social justice and I sometimes have a dark imagination. Follow my journey on my blog, The Magic Mirror, at https://katiaraina.com/the-magic-mirror/.

--Interview with Deborah Kalb. Katia Raina will be participating in the Temple Sinai Authors' Roundtable Feb. 29 in Washington, D.C.