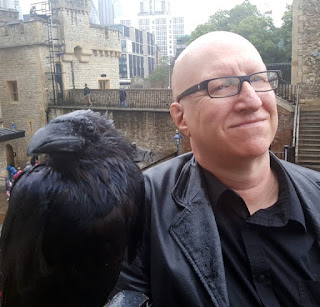 Stephen Carver is the author of the new book The Author Who Outsold Dickens: The Life & Work of W.H. Ainsworth. He also has written The 19th Century Underworld and Shark Alley. He taught literature and creative writing at the University of East Anglia.

Q: How did you learn about W.H. Ainsworth, and at what point did you decide to write a book about him?

A: That’s a long story. I actually came across his novel, Rookwood, as a grad student in the ‘90s while researching the publisher Henry Colburn, and he went on to become a major part of my Ph.D. research on the evolution of the early-Victorian novel.

I subsequently published an academic study of his work almost 20 years ago, which gets cited a lot but which no one read outside of university. That always felt like unfinished business, because I really wanted to rehabilitate his critical reputation as a significant 19th century novelist.

I started blogging about him about five years ago, and this caught the attention of Pen & Sword History.

The first book I wrote for them, The 19th Century Underworld, had a chapter on Ainsworth, Dickens, and the “Newgate Controversy,” a moral panic about the dangerous effects of “criminal romance” on young working-class men (Ainsworth being known for his bestselling novels on the highwayman Dick Turpin and the remarkable thief Jack Sheppard).

We decided to develop this further, and to produce an accessible biography of Ainsworth with a focus on his relationship with Dickens as a friend and a commercial rival.

A: To be honest, there were two stages to this, because I carried out a lot of primary research when I was a doctoral student. That was pre-Google, and I lived in Ainsworth’s native Manchester for a year, working through archives, rare book and newspaper collections, and his unpublished correspondence.

I also read all 40 of so of his books, mostly tracked down in antiquarian bookshops until I bought a complete works from the States via mail order.

Then I applied secondary research on Victorian publishing, the gothic and historical novel (his primary genres), and the biographies and works of his friends and contemporaries, most notably Dickens and Thackeray. I also got hold of a copy of Ainsworth’s 1911 biography by S.M. Ellis. 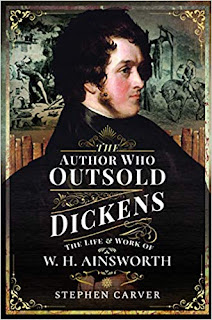 Returning to this subject for Pen & Sword, I had to update the old research and take it forward. Because of digital archives like Hathi Trust and the Internet Archive, it was much easier than it used to be to track down Ainsworth’s journalism (which I knew very little about).

Genealogical research was similarly much simpler because of sites like Ancestry.com, which relieve you of travelling across the country to hunt through parish records, while the British Library Newspaper Archive allowed me to track his professional life through news reports and reviews.

Other work on Ainsworth had also appeared which needed to be read, for example Dr. Stephen Basdeo’s work on highwaymen (also Pen & Sword), and Claire Harman’s Murder by the Book, concerning the Newgate Controversy.

So, this project was a fascinating muddle of dusty, old school archival research and contemporary online sleuthing, which saved a lot of time and money, but somehow lacked romance.

I think what surprised me the most was how close Ainsworth remained with Dickens after the Newgate Controversy. They continued to socialise until the 1860s, when Ainsworth moved out of London. There was no rivalry or animosity. They just quietly drifted apart in the end, and then Dickens died suddenly.

I was also amazed by Ainsworth’s pioneering work as a magazine editor and proprietor. He variously owned and edited Bentley’s Miscellany (editing it after Dickens), the New Monthly, and Ainsworth’s Magazine.

His work on these is often brilliant, and had he just been a newspaperman rather than a controversial novelist, I suspect his name would now be better known as a lion of London publishing, alongside Richard Bentley, Henry Colburn, and Chapman & Hall.

Finally, through a lot of census cross-referencing, I discovered that his second wife was actually a domestic servant he got pregnant as quite an elderly man, the old rascal! 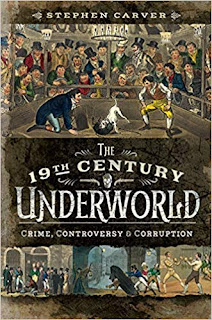 Q: What accounted for Ainsworth’s popularity as a writer, and why is he so little-known today?

A: Good question! This is what really interests me about this writer, and several other 19th century authors who were bestsellers in their own day but are largely excluded from the literary canon; people like Pierce Egan, whose Life in London was one of the most popular books of the first half of the century, the publisher and serial writer G.W.M. Reynolds, and Edward Bulwer-Lytton, along with Ainsworth and Dickens the most prolific and popular novelist in England from the 1830s to 1860s.

You can put some of this down to the shifting sands of popular taste, and old-fashioned luck, but beyond this, the critical establishment definitely decides who’s in and who’s out.

For the Victorians, this was generally on moral grounds rather than sales or literary ability. Egan was a Regency writer, considered downright obscene by the next generation; Reynolds was a Chartist; and Lytton was a politician who had made many enemies, while his belief in Spiritualism made him an easy target for ridicule.

But I digress, and I rarely admit that.

I think Ainsworth was initially successful because of the transitional period in which he rose to prominence, after the death of Sir Walter Scott and before the rise of Dickens, between Regency and Victorian.

The public wanted something new, and his novel Rookwood (1834) certainly provided that. It’s a gothic family plot delivered with a relentless pace and a ghoulish relish, enlivened by an anarchic band of gypsies and the inclusion of the highwayman Dick Turpin, a hero of Ainsworth’s boyhood, as one of the main characters.

Ainsworth also included 30-odd songs using “flash” underworld slang, which was then as edgy as punk rock or early gangsta rap. The effect on the reading public was electric and he became a literary celebrity virtually overnight.

Rookwood also translated well to the stage, and the songs were belted out across the country, popular with both middle- and working-class audiences. Dick Turpin was rehabilitated as a national treasure.

Ainsworth’s novels were easy and fun to read, with a powerful evocation of a past for which the industrialised English were already nostalgic. He loved gothic horror and even his conventional histories are wonderfully gross and creepy, as well as quite racy for the times, especially in his depiction of female sexuality.

He was definitely a popular rather than a literary novelist, although his historical mise-en-scène was always meticulously researched.

So, what went wrong? In a word, Newgate. When Ainsworth wrote Rookwood, the newly applied term of “Newgate novel” (named for the infamous prison) was a unique selling point, and also what his readers wanted and expected.

Although he followed it with a more respectable historical novel, Crichton, his fans wanted outlaws, and the marketplace thus dictated Ainsworth return to the Newgate Calendars for a subject. He chose Jack Sheppard, a Georgian thief famous for prison escapes.

Unfortunately, times had changed faster than Ainsworth had realised, and although the serial novel Jack Sheppard was a huge hit, eclipsing even Dickens’ contemporary Oliver Twist in sales, there was a massive critical backlash led by his friend John Forster at the Examiner and W.M. Thackeray in Fraser’s Magazine, Punch, and The Times.

The “Newgate Controversy” of 1839 was a classic moral panic, and the work of Ainsworth, Edward Bulwer-Lytton, and even Dickens was savaged by the press. Particular concern was expressed over the cheap, theatrical adaptations of their stories, and the possible influence on fundamentally urban working-class audiences, who already frightened the bourgeoisie.

The Athenaeum also published a withering article on vulgar popular tastes and the condition of England under the heading of a review of Ainsworth’s novel.

Then, on 5 May 1840, Lord William Russell was murdered by his valet, François Courvoisier, who, it was claimed, had stated that the idea for the crime had come to him while reading Jack Sheppard. After the killer was condemned, the Examiner declared that, “If ever there was a publication that deserved to be burnt by the common hangman it is Jack Sheppard.” 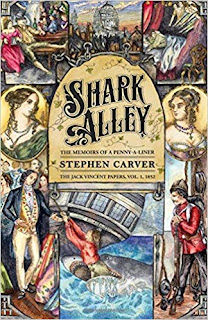 The book continued to sell, while its author became a literary pariah, black-balled at the Trinity Club and forced to withdraw from candidacy for the Athenaeum Club. Dickens saved himself by adding a preface to the third edition of Oliver Twist in 1841 denouncing criminal romance and making a case for his own social realism by comparison.

A generation later, prejudice against Jack Sheppard made Ainsworth an easy target for petulant literary criticism and whatever novel was being reviewed the reviewer would invariably conclude with a rant about Jack Sheppard.

His writing abilities were (unjustly) impugned, and this became received wisdom picked up by literary historians in the 20th century, most of whom didn’t bother to read the original novels. This is the main reason for Ainsworth’s unwarranted exclusion from English cultural history. He was intentionally written out.

Q: Are there any present-day writers whose work reminds you of Ainsworth’s?

A: That’s another great question, but I’m not sure I read enough contemporary historical fiction to offer the best answer.

I would say there are similarities of content and style in the novels of Philippa Gregory, Jude Deveraux, and the late Johanna Lindsey, basically in the bodice-ripping royal sagas, rather than the Tolstoy-like characters studies of writers like Hilary Mantel.

But for me, where you really see Ainsworth’s Romantic, sensational and melodramatic style in action is in TV and Hollywood costume drama, in shows like Rome, The Tudors, and The Crown, and movies like Titanic.

Like Ainsworth’s historical novels, these things are big and showy, with a focus on famous historical figures and events. They’re not deep, they’re not subtle, but they’re hugely entertaining and successful. Ainsworth understood what the public wanted, as do commercial filmmakers.

A: I’m currently writing a book called The Opium Eaters: High Literature & the Art of Addiction for Morton Books.

As the title suggests, this is an exploration of the relationship between drugs and literature in the 19th century, obviously focusing on Coleridge and De Quincey, but also some more unexpected names, for example Wilkie Collins. This grew out of a panel I took part in at the Bradford Literature Festival last year.

A: I think I’ve taken up far too much of your time already! Thank you for having me.