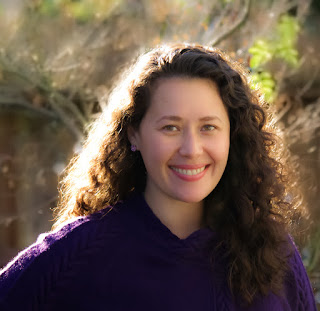 Jennieke Cohen is the author of the new young adult historical novel Dangerous Alliance: An Austentacious Romance. She lives in California.

Q: How did you come up with the idea for Dangerous Alliance, and for your character Vicky?

A: I came up with the idea from a number of sources. The main crux of the story came about because I love romance, I love Austen, I love mystery, and I love some adventure.

I thought, When I was a teenager, there wasn’t much like that. It would be fun to come up with a book I would have enjoyed, and shine a light on the injustices women faced in the 19th century. In Austen’s books, it’s peripheral, but she was enmeshed in it.

I wanted to bring it up—the subject of domestic abuse is still prevalent in our society. I wanted to [include] that and have the characters Vicky and [her sister] Althea have supportive parents.

Originally, she was more bitter. [Her old friend] Tom had left England and cut off contact. It fit her character better to be a little more naïve. 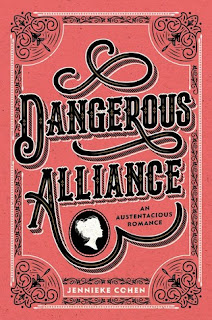 Q: You write that the book's "journey from story idea to the book you're reading now is a long one--fourteen years in total." What was your writing process like?

A: When I started, the idea came to me after college. I was looking for something to do, and someone suggested I should try writing a novel because I always talk about them. I started writing and got into a master’s program.

I spent a couple of years figuring out what to do with Dangerous Alliance, and then I had two to three months to get it finished so I could graduate. I forced myself to get it done.

I would query it and get feedback and step away and write other things. That continued for years. Finally, in 2016 I said, I just want to get to the point where I’m happy with it, whether I can sell it or not. And I could self-publish it.

Then things started to happen—I submitted it to Pitch Wars, and my mentor helped me, and soon after, I got an agent and we sold the book.

Q:  Have you always been a fan of Jane Austen's work, and do you have a favorite among her novels?

A: I started reading Pride and Prejudice in 7th grade—I was 12—for a book group my friends and I put together. Nobody finished it but me. I thought it was great.

After that, I read the rest. I liked them all except Mansfield Park. I was too young to get what she was trying to do with it. My favorite is still Pride and Prejudice. Persuasion was second; now it’s Northanger Abbey.

Q: How did you research the novel, and did you learn anything particularly surprising?

A: There’s a lot of information on the internet on Regency England, but it’s not all right. I used secondary sources on what they ate, how they got around, the horse information.

When I decided I needed to get information on the nitty-gritty of the legal stuff, there were secondary sources that cited the primary sources. It’s amazing how little information there is about divorces and courts that existed at that time.

That was the big [surprise]. One of the more fun things was the sapient animals. I had no idea! I was looking for local color, for something for them to talk about, and I came across that in the archives. There was a photo of Toby the sapient pig. It was real!

Q: Do you see Vicky as representative of upper-class women of her time?

A: Her circumstances were very typical for the upper classes. Whether other women enjoyed working on their estates, I don’t know. Some married women took a role. Others owned their estates outright so they would have to. Maybe it was not typical, but it existed.

As for being in love with Jane Austen, plenty of people in the aristocracy loved Jane Austen. Whether they thought about their lives in that context…it’s possible!

Q: Are you working on another Austen-related novel?

A: I have a couple of projects I’m working on. I can’t talk about them in detail, but both are historical. One is more fun like Dangerous Alliance. It takes place in a similar time period.

I’m also trying to add speculative elements. I love history, but doing the research is so difficult, and I feel it has to be accurate. If I change certain things about history and turn it into an alternate history, I can play around with it.

A: I love connecting with people. I’ve been on Instagram quite a bit recently.