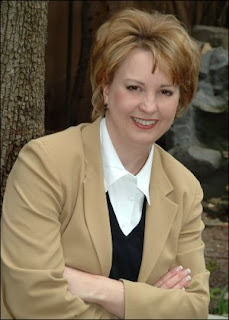 Beverly Long is the author of the new suspense novel Ten Days Gone, the first in a new series. Her many other books include A Colton Target.

Q: How did you come up with the idea for Ten Days Gone and for your characters A.L. McKittridge and Rena Morgan?

A: I started thinking about the book several years ago. I was already contracted to write another few books so I couldn’t start working on it immediately. However, I think the many months that I stewed over it in my head were ultimately very helpful.

I knew I wanted to write a suspense but more specifically, a police procedural with a twist. The police know what the crime will be, when it will happen, and even, ultimately, who the victim will be. That still doesn’t make it easy to catch the killer.

In regards to A.L. McKittridge and Rena Morgan, I wanted a pair of detectives because I think the play of one character off another is always interesting, especially when both are strong characters.

A.L. is the more experienced detective and Rena has an appropriate amount of respect for him but she’s not a pushover. She can needle A.L. in a way that others can’t. They’re both good cops who have some depth to their character, both on and off the job.

I especially like that A.L. has a teenage daughter. It allows the reader to see a side of his character that isn’t on display when he’s working. 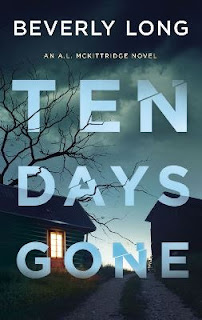 A: I’ve written more than 20 novels at this point and write under contract with firm deadlines. Therefore, I don’t have the luxury of wandering all over the page like I might have done in the earlier years. So I generally have a pretty good idea of where the story is going before I start writing.

That said, there are always surprises along the way, generally in the form of secondary characters, that can take the book in a different direction.

Specifically in Ten Days Gone, I knew that Tess Lyons was going to be uncooperative with the investigation but I was well into the story before I totally understood her backstory and the reason she’s not interested initially in trying to save herself or others. Now, I love Tess and I’m so glad that she’s going to be in other books in this series.

Q: The story takes place over 10 days. How did you organize the plot to stay within that structure?

A: I love a ticking clock story. I wanted the reader to share A.L. and Rena’s frustration as the days go by and they are no closer. Then, once Tess enters the story and a plan begins to form on how the killer might be lured in, the action gets more crisp, more finite until there are really just minutes to spare. 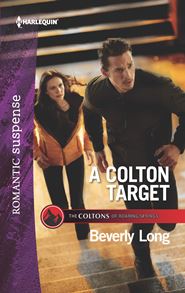 Q: Who are some of your favorite mystery and suspense novelists?

A: Well, I was an early reader of Lee Child and the Jack Reacher books. I really enjoy them and marvel at Lee Child’s ability to keep his character fresh after so many books. I also enjoy Karin Slaughter and think she’s got a real knack for setting a chilling scene.

A: I recently turned in the final edits on No One Saw, which is the second book in the A.L. McKittridge series. There’s a missing 5-year-old and no one claims to have seen anything. But everyone is lying about something. The book will be available in late June of 2020.

A: I’ll share a tidbit about my work style. I don’t use a desk. I prefer to take my laptop and sit somewhere in my house, not generally in the same spot two days in a row.

I write in short spurts, almost never for more than an hour at a time. But I do this several times a day. I think my process was honed when I worked a full-time job and still wrote a couple books a year. I would write before work, during lunch, after work, and then before bed.

Now that I write full time, I could work in longer stretches but it doesn’t feel right to me.

Also, I am deeply appreciative of everyone who reads my books and especially those who take the time to post a review. That is very helpful to an author. I would encourage readers to visit my website at www.beverlylong.com and sign up for my newsletter.