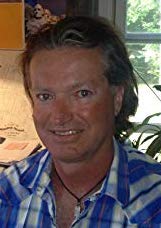 Matthew Langdon Cost is the author of the novel I Am Cuba: Fidel Castro and the Cuban Revolution. A former history teacher and coach, he lives in Brunswick, Maine.

Q: You write that you first came up with the idea for this novel 30 years ago. What first intrigued you about Fidel Castro and Cuba, and what was your writing process like?

A: I was taking a history course on Latin America at Trinity College with a professor, Dale Graden, who was so passionate about his subject that it created in me a desire to investigate further.

As I delved deeper into the story of Fidel Castro and the Cuban Revolution I became enthralled with the story. It was the greatest story of the underdog winning that history had ever been witness to.

Who was this Fidel Castro, I asked myself? And, how was it possible that 300 guerrillas defeated an army of 12,000 soldiers?

Q: What did you see as the right blend between the historical Fidel Castro and your fictional version?

A: One of the problems in writing about Fidel Castro is that there are two distinct camps of belief in regards to him.

There is the Cuban version, put out by him, that casts him in a very favorable light.

For instance, upon invading Cuba in 1956 with 81 men, all but 18 of them were killed. He changed this to 12, so as to give the impression of a messiah-like figure to himself.

The other version of Fidel is that presented by the exiled Cubans living in the United States. 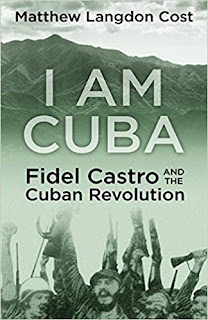 These, in many cases, were wealthy Cubans who had their property nationalized when Fidel came to power. In some cases, these were very corrupt Cubans who had exploited their country for their own gain and fled when the writing on the wall became clear that these enemies of the nation would be punished. Either way, the view of these exiles from Cuba is tainted in a very anti-Fidel manner.

The real trick in writing this book was to walk the line between these two trains of thought and find the true version of Fidel.

The events of the book are as historically accurate as I could make them. The thoughts and dialogue are the fictionalized pieces in many cases, and to these, I strived to stay in line with the man and true to what he would say and think in a given situation.

A: When I wrote the initial draft of this novel in 1990, I used mainly library sources. As I rewrote that draft starting in 2015, I was able to use many more online resources. Not only has so much information been put on the internet, translations is usually available as well.

Of course, visiting Cuba in December of 2016 was the most important piece of my research. I devised an independent trip following the revolutionary trail of Fidel Castro and his band of “bearded ones.”

My son and I started in Havana where Fidel was a young lawyer planning an insurrection. We then flew to Santiago (we were supposed to fly there the day he was buried in the Santa Ifigenia Cemetery in that city but were bumped to the following day) where we visited and researched many valuable pieces of the revolution.

We saw the bullet holes still in the walls of the Moncada Barracks where Fidel started the insurrection in 1953, walked up the Spanish Steps where Pepito Tey was killed in 1956, and explored Céspedes Park where Fidel claimed victory at the beginning of 1959 to name just a few.

The trip continued all the way back to Havana, with a highlight being in Santa Clara where Che Guevara topped the last obstacle in the path to winning the revolution, a victory that forced the dictator Fugencio Batista to flee Cuba.

A: I hope that readers gain a knowledge of who Fidel Castro was, and the what and why of what the Cuban Revolution was.

It needs to be understood that in 1959 when Fidel took power in Cuba, he was a hero to the Cuban people and a darling of the entire world, including the United States. He has since been painted a villain by our government, initially for nationalizing American business interests in the country.

One example would be United Fruit. John Dulles was the secretary of state and his brother was the head of the CIA. Both were board members of United Fruit. This painted Fidel as a hero and pushed him away from the United States and into an alliance with the Soviet Union.

But, I digress, as the historical novel I have written ends in January of 1959 when Fidel was loved the world over and his revolution was the greatest underdog victory of all time.

A: I have two books in the pipeline looking for publication.

One is a historical set in New Orleans after the Civil War depicting the race relations in that city as its people tried to emerge from the shadow of slavery and the backlash that ensued.

There were so many fascinating people, events, food, music, and controversy that makes this such an important piece of our history. I weave into this a fictional love story and the search for a serial killer before the term serial killer had even been coined.

I also have the third installment of my Goff Langdon Mainely Mystery series bouncing around that examines the power of money, lobbyists, and politicians.

My actual work in progress right now is a new mystery series, the Clay Wolfe Mysteries, which focuses on opioids being smuggled through lobster traps in a fictional Maine town.

A: My purpose for writing historicals stems from early disappointments in the way I was taught history in school. I have always enjoyed history, and in fact think it is the greatest story ever told, but my recollection of high school history classes was madly copying notes from an overhead projector that contained endless dates and facts.

Later on, when becoming a history teacher, I came across the statistic that 85 percent of adults would fail an eighth grade history test. What year was the Magna Carta signed? Who cares? That is not the point of history, as far as I was concerned. It is the people and the stories that fascinate me.

This was the type of teacher I attempted to be and this is the type of novel I attempt to write. Stories about real people and real events.