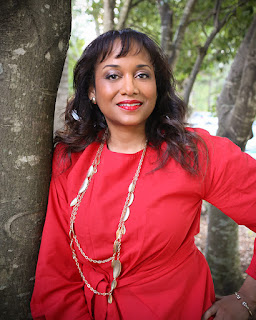 Q: Why did you decide to focus on the Haitian Revolution in your new novel, and on the historical figures Marie-Claire Bonheur and Adbaraya Toya?

A: After watching the Dora Milaje of Marvel’s Black Panther and learning that the all-female troop who guarded the king was based on an actual contingent force of women warriors, the Dahomey Amazons, I had to learn more about these extraordinary African women.

This search led me to Adbaraya Toya. She was one of these soldiers who became enslaved and sent to Haiti.  She was highly regarded in the Haitian Revolution and connected to Jean Jacques Dessalines, the man who liberated Haiti from French rule. Dessalines's military prowess came from her tutelage.

Marie-Claire Felicite Bonheur is also connected to Dessalines. I believe she was the first battlefield nurse, predating Florence Nightingale and Mary Seacole.

Imagining the conversations these two ladies, peace and power, must have shared—on womanhood, freedom, and of course, Dessalines—is the type of fuel a historical fiction writer loves. 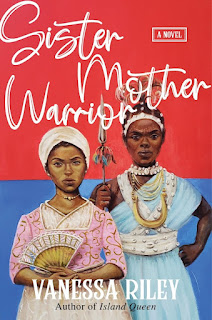 A: I spent a fair amount of time reading every account of the Haitian Revolution including breaking out my years of high school French. I poured over maps, letters, everything to uncover the most encompassing portrayal of the volatile times.

Q: In your author’s note, you write, “What’s often taught in American schools of the protracted Haitian Revolution is very limited. More often than not, the texts oversimplify the narratives--pushing versions of this side good, this side bad.” What would you say are some of the most common perceptions and misconceptions about the Haitian Revolution, and about Haiti itself?

A: Many exaggerate the number of people executed by Dessalines as war criminals. They try to make him sound unhinged without acknowledging that many of these people fought against the revolutionary forces and participated in the slaughter of the enslaved, as well as free Blacks and people of color.

Many don't know that Napoleon's mission was to kill any Black person over the age of 12 because they would never wish to be enslaved again after tasting freedom.

Few understand the Caligula-level slaughters that Rochambeau, son of a hero of the American Revolution, perpetrated on the French's behalf.

Most don't realize that women fought in the trenches and on the battlefields. Their participation was essential to winning the war.

A: I hope that Haiti is looked at with fresh eyes, ones more sensitive to the effects of colonialism. I believe people will be inspired by the pluck and audacity of the indigenous rebel forces. I desire that everyone sees the importance of women in winning this war.

A: I’m working on the story of a West Indies queen, one who helped shape a kingdom and who had to reinvent her life in Europe when the kingdom fell.

A: That I always enjoy your questions.