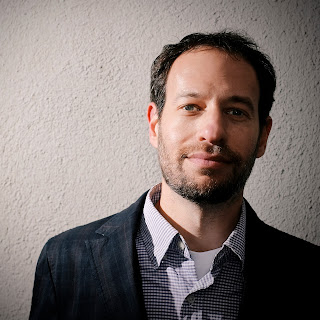 Lee Matthew Goldberg is the author of the new novel Immoral Origins, the first in his The Desire Card series. His other books include The Ancestor, and his work has appeared in a variety of publications, including The Los Angeles Review of Books and LitHub. He lives in New York City.

Q: What inspired you to write Immoral Origins, and how did you create your character Jake?

A: So, even though this is technically the first book in the series, I had written three other books in the series first. I thought it was worth it to create an origin story. The main character in each book is The Desire Card itself, which is an elite card that promises “Any Wish Fulfilled for the Right Price.” It made sense to see how the Card was born.

As for Jake, I wanted a character who was flawed but loveable. Jake is the reader’s eyes into the Card, so we begin as naïve as him. Although, I think readers are more astute and catch on to the Card’s nefarious dealings before he does. Jake is doomed from the start. He’s a character that’s basically a slow-moving car-wreck personified.

Q: The novel is set in 1970s-era New York City--did you need to do much research to write the book, and how important is setting to you in your writing?

A: Yes, I did a lot of research. I was born in 1978 in NYC, so I had memories of the very early ‘80s that I was able to use. I watched a lot of films of that era – Dog Day Afternoon, Serpico, Taxi Driver, Panic in Needle Park, Mean Streets, Klute, The Warriors. 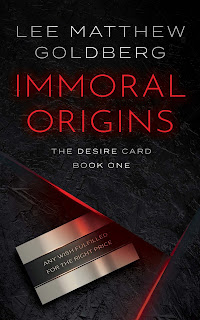 Setting is very important to my writing. In a lot of books, the setting becomes a character too. Hell’s Kitchen in 1978 is very different from how it is now, so I needed to make sure it was believable.

A: Well, the book is an origin story, so I wanted to use “origin” in the title. Evil Origins sounded too much like horror, but “Immoral Origins” had a nice ring to it and a good flow. It signifies the earliest spark of a moral descent for the characters, especially Jake. He was already sliding in that respect; the Card pushes him over the edge.

A: I hope it makes them want to pick up the rest of the books in the series that will be released from July through September. There will be five books in total. The books are fun thrillers but also a commentary on morality and wealth in America.

Q: What's next in the series?

A: Next up is Prey No More, which is set in present day and follows an operative from the Card named JD Storm, who decides to leave the organization and becomes hunted.

A: Look out for Prey No More along with the third book, All Sins Fulfilled, the fourth, Vicious Ripples, and the fifth and final in the series, Desire’s End.