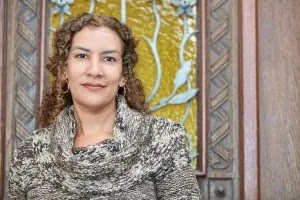 Anika Scott is the author of the new historical novel The Soviet Sisters. She also has written the novel The German Heiress. She has worked for the Chicago Tribune and The Philadelphia Inquirer, and she lives in Essen, Germany.

Q: What inspired you to write The Soviet Sisters, and how did you create your characters Vera and Marya?

A: Espionage novels were right up there with mysteries as my fave books when I was in school. I knew I’d write a spy novel one day, but not the typical thriller, something more thoughtful and morally gripping like classic John le Carré or Graham Greene.

I also didn’t want the main characters to be men or women from the western powers as most of the spy books seemed to be. I’ve had a lifelong interest in Soviet history, and it seemed natural – and a big challenge – to create Vera and Marya, two Soviet women wrestling with the upheaval of their times.

Q: How did you research the book, and how would you compare the Soviet Union you write about to today's Russia?

A: The research took years, but fortunately, a lot of it was information I knew from my long interest in the Soviet Union and Germany. I’ve lived in Germany for 20 years, and my knowledge of the language also opened up sources not available in English.

There are many big differences between the Soviet Union of the 1940s and 50s and Russia today, the main one being the USSR was a global superpower, while Russia is using brutal means to prove to itself that it’s a regional power. 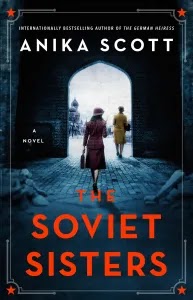 The Soviets had an ideological advantage too, presenting themselves as an alternative to US dominance, and the old imperial European powers that generally fell for good after WWII.

There was a lot of rot in the Soviet system, though, and as The Soviet Sisters shows, the USSR realized this in the 1950s but chose not to reform – which eventually led to its downfall.

Q: How would you describe the dynamic between Vera and Marya?

A: It looks like love-hate on the surface, but it’s more like love-“I don’t understand you at all!” Being sisters, they are deeply connected, though, and they both love the other enough to not abandon the relationship completely.

Q: The writer Lara Prescott said of the book, “Electrifying, meticulously researched, and expertly plotted, The Soviet Sisters is at once a Cold War thriller, a gripping spy story, a page-turning mystery, and a familial drama.” What do you think of that description?

A: I’m known (notorious?) for blending genres in my stories, and The Soviet Sisters is no different. I write stories that mash up elements I love, with issues that are important to me. Out comes a book with many faces, but that tells one compelling story.

A: A gangster drama set at the 1933 Chicago World’s Fair and in Sicily under Mussolini. Another genre-bending story, and so much fun to write!

A: I don’t have a sister who I grew up with, like Vera and Marya did. I have a step-sister, but we grew up so far away from each other, we don’t have a lot in common or a lot of contact. But I still thought a lot about her as I was writing The Soviet Sisters.