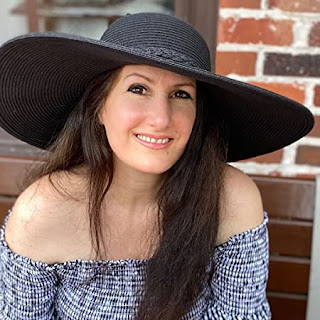 Katharine Branham is the author of the new book Self Help Slut: Starting with a Clean Slate. It's the first in a series. She also has written the book How I Found My Superpowers. She is a psychic medium, and she lives in The Woodlands, Texas.

Q: You’ve said that the title Self Help Slut came to you during a writing class, when another writer said something that sounded like that as his microphone faded in and out, and although you knew that wasn’t what he said, it sounded like a good title for your workbook series. Can you say more about the inspiration behind the book and its title?

A: As I fully contemplated using this title, I realized there were other factors to consider. The clients who I’d been working with for all these years had beautiful hearts, yet they lacked the belief that they were worthy of knowing or understanding anything of the spirit world.

Many had been taught that only a select few are worthy of the spiritual walk. They were people who’d been discarded by their families or friends and made to feel as if they were worthless. I grew up feeling the same way, feeling that I could never be loved.

If you remember, in How I Found My Superpowers, I shared the story from my childhood of the peeping tom at the kitchen window when, though I was just age 7, my mother called me a slut. While I didn’t even know the word or its meaning at the time, it was a term that she continued to use when she would get jealous.

So, in a sense, if a person can get past the false belief imposed by society, family, or stigma of a certain word or phrase like slut, then they are on the path to becoming their authentic self. And, they can begin clearing their energy field of other people’s shit like I did with my mother.

A: I am considered a psychic medium as opposed to just psychic. There is a big difference. There are fewer truly gifted psychic mediums.

A medium has psychic abilities but not all psychics are capable of becoming mediums.

A medium can directly communicate with the spirits in the afterlife. This special ability cannot be performed by a psychic. A medium serves as a channel between the world of the living and the afterlife which is beyond the abilities of a psychic.

On the other hand, a psychic can foretell the future by using several spiritual channels. For example, a psychic can provide insights for you concerning relationships, career, money, or love. A medium cannot foresee these things or future events. Some mediums cannot read tarots or harness the power of other spiritual channels like crystal balls, runes, or cards.

This is a very basic understanding of the difference between the two. My abilities are much more unique than the basics, such as being a remote viewer. I can see people, places, things, and events in real time as though she is participating in the event.

A: I believe this series can be helpful to everyone, male or female, who wishes to clear their energy field and raise their frequency through healing trauma and relationship contracts that they’ve carried in this life.

Q: What is your plan for this series? How will the books build off one another?

A: The main effort will be in teaching about clearing the seven main chakras and how they relate to our everyday experiences. There will be many more stories involving people, places, and spiritual beings.

The one theme that you will find in all of my workbooks that you typically won’t find in other’s is the stories of how I learned these teachings and the experiences behind them.