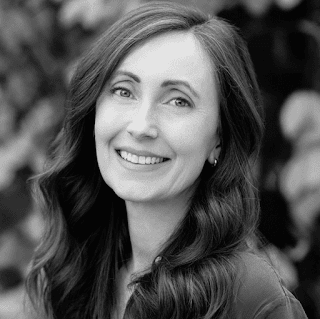 Aggie Blum Thompson is the author of the new novel All the Dirty Secrets. She also has written the novel I Don't Forgive You, and her work has appeared in a variety of publications, including The Washington Post and The Boston Globe. She lives in the Washington, D.C., area.

Q: What inspired you to write All the Dirty Secrets, and how did you create your character Liza?

A: Growing up in New York I had never heard of Beach Week. My husband grew up here in the Washington area, and when we settled here after getting married I started hearing all these wild stories about Beach Week in the ‘80s and ‘90s, and even today. And I knew I had to write a thriller about it!

Creating Liza was fun. I know so many competent, smart wonderful mothers in the D.C. area and I wanted to channel that kind of working mom energy. She’s not the typical hot mess you see in a lot of thrillers, including the main character of my first novel, I Don’t Forgive You, and I really enjoyed that.

Q: In our previous interview, when discussing this new novel, you said it “explores the themes of friendship and privilege.” How do you see the two themes playing out in the book, and how do they intersect?

A: What privilege and friendship both have in common is that they can create a kind of bubble where critical reasoning gets suspended. The whole “oh, not my friends” or “not my neighborhood” or in Liza’s case, “not my school.” None of us are immune to turning a blind eye to bad behavior committed by our own – family, tribe, children – whatever. 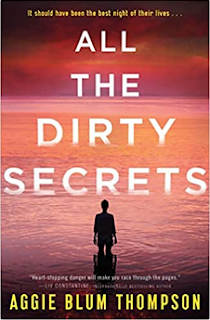 Q: The novel takes place in Washington, D.C., and the beach communities near Dewey Beach, Delaware. Do you think the story is specific to those locations, or could it have taken place somewhere else?

A: There are certainly elements of the book that might be transported to another locale. The D.C. area is not the only metropolitan area where graduating kids head to the shore for a week.

But there is something about the access to power, and the concentration of privilege in D.C. that can turn parenting into an elite and competitive sport. It’s a very specific vibe – New York has its own culture, as I’m sure other big cities like L.A. and Boston do. I like to think I’ve captured that very specific Washington energy.

Q: The story is told along two different timelines, one in the present and one 25 years earlier. Did you write the book in the order in which it appears, or did you focus more on one timeline before turning to the other?

A: I wrote the book as it appears, because it was important to me that the two timelines dovetailed smoothly. I didn’t want one timeline to be a place holder while action happened in the other. I worked hard to make sure that the plot was moved forward whether the chapter was set in the ‘90s or today. And I had a blast writing the ‘90s scenes.

A: I am writing book number three, a thriller about a family that is murdered during their annual Cherry Blossom party. It’s set to come out in March of 2024, right along with the Cherry Blossoms!

A: I am excited to launch All the Dirty Secrets at Politics & Prose, at 5 p.m. on Saturday, July 23. I’ll be in conversation with fellow D.C. area author Virginia Hume. Please come say “hi!”