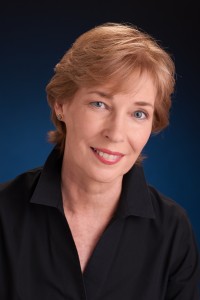 Suzanne Trauth is the author of the new novel What Remains of Love. Her other work includes the Dodie O'Dell mystery series, and she is also a playwright and screenwriter. A former member of Montclair State University's theatre faculty, she lives in Woodland Park, New Jersey.

Q: What inspired you to write What Remains of Love, and how did you create your character Kate?

A: In 1997, I took a trip to the South of France with family members to celebrate my mother’s 80th birthday. My mother had expressed an interest in walking where the “famous French artists had walked.” So we set off for Arles, where we stayed in a small hotel and made day trips to towns where painters, such as Van Gogh, Picasso, and Cezanne, had lived and worked.

My aunt, who had joined us on the trip, asked if we might stop by a small village on our way to Marseille one night for dinner. An artist, whom she had been corresponding with for over 50 years, lived there and my aunt was anxious to meet her.

My uncle, who had been stationed in Europe during World War II, met the artist at a USO club in Nice when he was on an R&R break and, due to some injury to his hand, was unable to write home to my aunt. The young artist was a volunteer at the USO and obliged my uncle by writing the letter for him and kept up the correspondence with my aunt for the next 50 years.

It was arranged that we would come to the artist’s house outside Marseille one afternoon for a short visit. When we got there this delightful, charming French woman invited us into her home and we spent the better part of an hour chatting.

At one point, my brother-in-law told her that her English was indeed excellent and asked how that came to be. She proceeded to tell us a bit about her life and experiences during WWII while living in Nice, France.

Needless to say, my family and I never made it to Marseille for dinner and I asked her that night if I could tell her story. She agreed. We corresponded for five years and I visited her twice more. The result, after a number of fits and starts, revisions and editors, is What Remains of Love.

The character of Kate is fictional. The present-day framing story allowed me to explore the notion of how decisions made in one’s past affect people in the future, particularly when the decisions have been kept hidden for decades.

For example, what is the effect of parents leaving a legacy for their children, over which the children have no control? How do they deal with this secret legacy once it is revealed? The character of Kate is my attempt to tackle these questions. 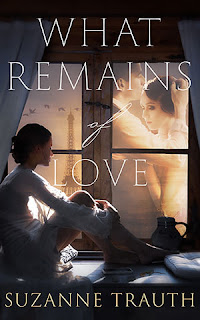 But the basic ending has remained pretty much the same: the collision of two worlds, France and the United States, and the meeting of past and present. The ending suggests how the events of the past play out in the present and future.

A: The book actually had a different title for many years. But as I worked on it during the pandemic, some feelings about the book shifted.

Though it was still a memory novel with two time periods, and still included the history of characters from the World War II era, I became more interested in how the actions and decisions of those characters from the past affected folks in the present. How the legacy of the past is handed down to future generations. And that legacy was the result of love on many levels.

So I asked myself what remained of that past relationship, what was left for characters in the present to struggle with? And I found my title.

A: There are several themes that run through the book—World War II, the legacy of parental decisions affecting children later in their lives, how children view their parents both when they are younger and when they become adults, the generosity and compassion required of children when viewing parents’ pasts, the notions of sacrifice and honor and passion. I see it as a book about redemption.

I would love for readers to see these themes and wrestle with some of the questions I asked myself as I wrote the book regarding parent-child relationships, sibling relationships, parental legacies, and family secrets.

A: I write both novels and plays so right now I have two projects nearing final drafts. A standalone domestic mystery that should be out in 2023 and a play that will receive a reading in the fall. They will keep me busy once What Remains of Love launches!

A: I so appreciate this opportunity to talk about my novel. It has been a 20-year labor of love and to witness it finally see the light of day is very gratifying. I’m so thankful for all of the support I’ve received along the way. Thank you for this interview.