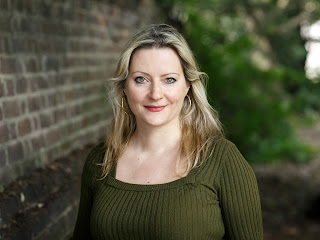 Q: What inspired you to write A History of Delusions (also the subject of your radio program), and how did you choose the cases to include?

A: I was working on something completely different when I stumbled on the subject, researching for a radio documentary about the history of the heart. In a book about early modern Europe I found a brief reference to the Charles VI of France, a 14th-into-15th-century monarch who had believed that he had turned into glass. Eh? What’s going on here?

The heart documentary would have to wait. Here was a king publicly embroiled in the Hundred Years War with England (a busy day job undoubtedly), but privately terrified that he would shatter if he sat down. He apparently wrapped blankets around him and had iron rods sewn into his trousers. It’s an absurd scenario.

On closer consideration I began to hear something more serious. To the glass king, the situation is no less than life and death. The courts of Europe are laughing at him. So what was the delusion offering him that was worth that ridicule and social exclusion? What kind of help or protection?

After all, it’s a considerable feat of imagination and stamina to challenge the generally accepted reality and then keep that challenge up in the face of others – everyone else – who don’t agree with you. I began to hear a whispered communiqué, its meaning encrypted and smuggled inside the absurdity, demanding an audience; attention and interpretation.

A moment or two reflecting on glass as a material was rewarding. Glass was a relatively new technology at the time, specifically “plate” glass developed in Rouen with its distinctive “bullseye” at the centre and thinner, clear glass at the edges which could be used in domestic windows.

Charles may have seen glass in Chartres Cathedral or held a hefty clouded-glass drinking vessel at court, but glass was new in homes and had an alchemical magic to it: Here was sand, heated to extreme temperatures which was transparent yet hard; breakable, beautiful, fragile.

It’s not hard to see how being “made of glass” might operate as an instruction to the world on how to treat you. Being glass is an effective distance regulator, “Stay back, or you’ll break me,” you announce, but also “I’m precious; a treasure.”

Glass isn’t new any more, of course, but it still presents unique qualities and elegantly embodies contradictions. Its magic lingers today in the fairy tale glass slippers we still grow up reading about.

I made a documentary about what become a more widespread early modern psychological phenomenon called “Glass Delusion,” seen as a symptom of “melancholy” (broadly speaking what we’d think of now as depression) and then I was hooked as a historical detective of delusions.

I went in search of traces of the real lives of other people from the past with delusions, their struggles and challenges, and I could see that the delusions, separated by hundreds of years, were operating in the same way.

I chose more subjects for a BBC Radio 4 series, each of them one of the principal “types” of delusion as established by the World Health Organisation. When I came to write a book I chose yet more subjects whose delusions were enduring “types” and also presented the most intriguing psychological mysteries from centuries past.

“Madame M” is a French housewife who walked into a Paris police station in 1918 demanding a divorce on the grounds that her husband had been murdered and substituted for a double. It’s like the opening of an Edgar Allan Poe short story. Her “delusion of doubles” incorporated a conspiracy that scores of children had been abducted and hidden under Paris.

It was in Paris just after the Revolution that psychiatry began to develop as a discipline in a number of pioneering asylums, and it was here that physicians were first asking questions of people with delusions and making detailed notes trying to create a taxonomy for delusions.

Many of the subjects I chose were the “poster girls” for new delusion types presented by doctors as cases studies under pseudonyms to their peers in the medical establishment. My endeavour as a historian was to find the real people behind the “marvels of the mind” as they were presented.

These people include James Tilly Matthews, an 18th-century conspiracy theorist, “Léa-Anna B.”, a case of “erotomania” who believed that George V of England was madly in love with her, and the 19th-century “Madame X” who believed that she was already dead. Can we understand?

Q: How did you research the topic, and what did you learn that particularly intrigued you?

A: My research involved many 19th and early-20th-century case notes from Paris asylums so I needed to up my game with formal French! These documents were my primary source material and I feel enormous gratitude to the physicians who conducted these interviews with individuals experiencing delusions, and took such detailed notes, sometimes over many decades.

Much of my research took place during the Covid-19 lockdowns of the past two years and so I was reliant on helpful archivists in France and the UK and occasionally their willingness to pop documents in the post. 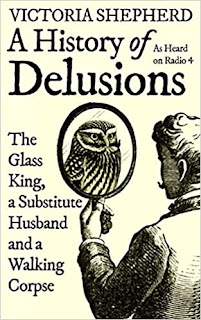 While remote archive research has its challenges, I benefitted hugely from seismic leaps in the digitisation and searchability of parish records in Britain, containing births, marriages, and deaths. Specifically I was able to search a person’s name and include variations in spelling in one single search.

For example, this allowed me to learn that James Tilly Matthews was recorded as “Tilley” in his birth record and therefore discover that he was born in Staffordshire, not in Wales as historians had previously assumed.

This meant that Matthews had grown up in the cradle of the industrial revolution and made more sense of the content of his delusional conspiracy theory – its centrepiece was a contraption he called an “Air Loom,” a sinister machine operated by villainous sympathisers of the French Revolution that emitted magnetic rays to influence the minds of politicians in Westminster.

Without that amazing search engine facility I would never have been able to find him in Staffordshire without trailing round all the parishes of England!

I also found Matthews’s marriage record in St. George’s Bloomsbury, London, which included his wonderful looping signature. He was a brilliant draftsman and illustrator and it was very exciting to see a sample of his handwriting.

Q: The Publishers Weekly review of the book says, in part, “Reminiscent of Oliver Sachs, Shepherd opts for empathy over prurience, highlighting the humanity of her subjects and lucidly drawing out the dream logic by which their delusions operate.” What do you think of that description?

A: Well, I couldn’t be more delighted! I’ve learned so much from Sachs about the neurology of delusions: the front right cortex and how delusions can be traced to disfunction in that region – a particularly intriguing part of the brain responsible for sense of self and other.

I’ve also been so inspired by the way Sachs champions the subjective, imaginative storytelling at work when patients talk to their doctors about delusions. He suggests we listen to the stories themselves as we might do a fable and might understand better what is really being communicated if we do.

Today science is wary of the anecdotal and prefers to look instead to large quantitative analysis and control studies for its data. Sachs’s plea is to “restore the human subject at the centre – the suffering, afflicted, fighting human subject,” in other words to look for the person and the particularities of their real life between the lines of the story they tell.

I’ve come to see the meaning of delusions as encoded. Delusions demand attention and interpretation and I’ve come to think that, truth be told, we all want a bit of this, and that there’s dignity in the request. Dignity is not something that has traditionally been afforded to people with delusions.

And in Sachs-ian spirit I’ve tried to listen to the delusion itself and interpret; to pull up a chair, metaphorically speaking, and try to understand what’s being communicated through these wildly imaginative creations.

I had an organising question in my mind as I set off on the trail of my subjects: yes, a delusion might be “mad,” but it means something real, what is it? Delusions do have a lot in common with dreams. They are not conscious, they are also encoded, but they do have an internal logic as the unconscious, buried feelings, hopes, fears and possibilities take shape.

I’ve tried to catch a glimpse of real people and real lives behind the “curios” and the pseudonyms, and having written the book, I’m full of admiration for my subjects’ ingenious imaginations, using delusions to help them navigate tough lives.

Q: What do you see looking ahead when it comes to the study of delusions?

A: Neurology and shiny new scanning technology will continue to teach us more about the part organic brain disease or brain damage plays in delusions. I’ve taken a certain poetic license in putting a psychological lens on people who were alive before such technology existed.

Organic brain disease has been the prevailing explanation for delusions for some time and I’ve tried to fill in other pieces of the puzzle - to see if I can understand these delusions better psychologically and understand the social context of the time.

“Madame M” with her “delusion of doubles” had experienced the death of several of her children in infancy and was living through the trauma of WWI with the trenches disappearing a generation of young men just a few miles from her door.

We can’t know if there was a neurological dimension to her false belief, or what the balance might have been. Minds aren’t neat and it’s necessarily an incomplete picture.

A: I’m lost in the archives again. It’s nonfiction - the story of an intriguing character from Edwardian London with a dark secret.

A: Someone should let my family know that I’m renewing my subscriptions to the online genealogy sites and may disappear down that rabbit hole for some time!