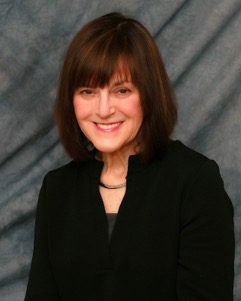 A: My memoir began in 2014 as a 10-page essay I wrote for a weekend workshop at the Iowa Summer Writing Festival: “Writing About Nowhere.”

As I worked on the assignment, describing my childhood home, Ivy Lodge, I realized how much I was uncovering, translating in the process: about that home: its appearance, events that took place, family members who also lived there.

Describing the home and its contents in detail acted as a catalyst to translate what I thought I’d known about my life. I discovered I had unwittingly accepted much of my parents’ and siblings’ version of events, and knew that I needed to re-examine everything through my own lens.

Soon, I had more than 200 pages. Prior to writing this initial essay — and, ultimately, my memoir — I had exclusively written essays and short stories. This was my first non-academic book.

Q: The author Allison Hong Merrill said of the book, “Using translation of languages to search for the meaning of family relationships, Murphy Marshall takes the readers on a journey of recollection to understand her parents.” How did your experiences as a translator serve you in writing Ivy Lodge?

A: In translation you are converting one reality to another, making sense of one body of information by converting it into another. That’s what I did.

Beneath the false façade of my parents’ home, behind closed doors, lay a different reality.

Beneath the often harsh and accusatory words, the prolonged silences, and even the gestures of my parents lay different and deeper meanings than those they claimed to be expressing: about me, about our home, about my relationship to my parents.

In translating all of it, I discovered a substrata of words, actions, previously inaccessible to me. What was foreign, confusing, to me, became less confusing as I deciphered it, realizing that perhaps what they said and did, didn’t say and did, bore little resemblance to my reality.

A: Writing this book resulted in a significant awakening for me. In keeping with my theme of translation, it’s as though, before writing it, I looked back at my childhood either as a hopelessly foreign language or as a language my parents foisted on me, one in which I was not fluent.

The process of writing the book and translating what happened in Ivy Lodge enabled me to better understand events, people, Ivy Lodge itself, and my role in all of it…perhaps for the first time. 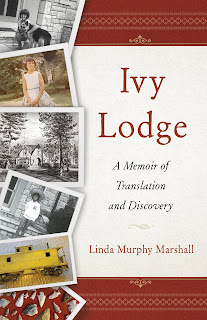 Q: How would you describe your relationship with your parents and siblings?

A: It’s difficult to have a close relationship with your parents and siblings when you have been raised in an atmosphere in which you are considered inferior to men and are treated in that way, including by the women in your family. That’s too wide a gap, particularly if you rebel against that philosophy.

Having said that, my father died in 1998 and my mother 1 1/2 years later, the beginning of 2000. Cleaning out their home of 40 years following their deaths is the backdrop for my memoir.

The year before my father’s death, my father and I had a much nicer relationship than any other time, and I can’t help but think it may have been due to the series of strokes he had, beginning in 1997, a year before his death. He became a much more demonstrative, kinder man, and far less prone to anger.

My mother died in 2000, but we were never close, although that was always my goal, to be close to her. I now believe that she felt threatened by me, once I reached adolescence: a threat to her self-esteem, to her relationship with my father, and that she tried to destroy me as a result.

My little sister died in 2012, young (56), a few years after my parents, from heart disease and diabetes, although I suspect that other things were a factor: the commercial real estate deals failing, our family falling apart.

We were estranged at the time of her death, possibly because I had been trying to separate myself from the commercial real estate deals which were set up by our father and controlled by my brother Steve after my father’s death in 1998, while she remained loyal to our brother Steve.

The legal actions I took to extricate myself antagonized my parents and my siblings.

My brother Steve and I do not have a relationship. He was raised to believe he could do no wrong, and that extended to our adult years when our father involved us in his commercial real estate  business, ultimately putting Steve at the helm.

I resented Steve’s controlling role and spent years trying to remove myself from the commercial real estate deals; doing so was an unforgivable sin in everyone’s minds, especially when I hired an attorney to help me.

My brother Sam and I don’t really have a relationship. He and my sister — I believe — bought into Steve’s superiority in our family, or at least went along with it.

A: I’m putting the finishing touches on a second memoir: Through The Windows of Words: A Memoir.

It is a continuation of my first memoir, and deals with my extensive travel (12 work trips to Africa alone, as well as numerous trips to Europe and Asia), how these trips enabled me to continue to carve out my own identity: through language, through travel, through my experiences.

A: Writing this book was an act of faith, and an act of courage. My goal was to faithfully describe my truth in the process, actually, to discover my truth.

I believe I did, and maybe, in doing so, I served as a link to others who either grew up in male-dominated families, or who were raised in an atmosphere where secrets prevailed, or where things weren’t nearly as bright and shiny as they looked from the outside.