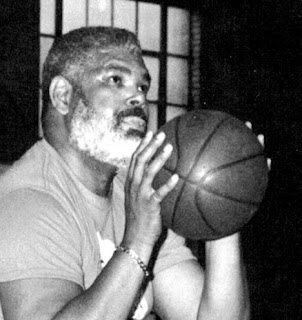 Ray Scott is the author, with Charley Rosen, of the new memoir The NBA in Black and White: The Memoir of a Trailblazing NBA Player and Coach. He played for the Detroit Pistons and other teams, and later became the Pistons' head coach. He lives in eastern Michigan.

A: This book is a compilation of my thoughts and influences over the years. Encouragement to share those thoughts came from my spouse who has wanted me to write a book for decades.

Further impetus came from my newfound relationship with my co-author, Charley Rosen. He reassured me that I had an extraordinary life story worthy of telling, which was confirmed by his publishing connection at Seven Stories.

A: Several years ago I spent some time documenting my story with a radio personality named Lori Lewis. The original title we came up with was Walking with Giants: The View from 6 Foot 9. We were unable to find a publisher.

Charley Rosen, a highly experienced author, became my friend on Facebook. He said if I was interested in writing a book, he would assist me to find a publisher. The publisher believed The NBA in Black and White would be a more fitting title. 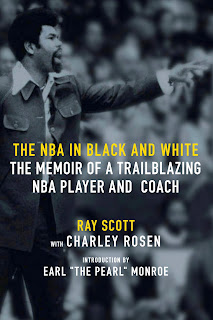 Q: What changes have you seen in the NBA over the years, and what do you see looking ahead?

A: There have been unbelievable changes in the NBA.

In the beginning, the NBA was segregated. Now it’s an anti-segregation league. I take pride in the league because, as a young NBA coach in 1972  at age 34, I was one of only three black coaches. Today in the NBA there are 30 teams with 15 black coaches.

A: I hope they see that there’s an opening for equality if we do the things that we are able to do as a nation. The takeaway is if you can emulate the things that the NBA has done by bringing all people to the table, then you can really make us, I think, a better nation.

A: Charley Rosen and I are working on a book that is a residual look at boxing. We both have a love of boxing. I did boxing promotion in Detroit in the off season while playing for the Pistons and became friends with Muhammad Ali. We are three chapters in and it’s going to be titled Boxing in Black and White.

A: The beginning of the story describes the effect of the horrendous torture and killing of 14-year-old Emmett Till in the South when I was 16 years old. I was brutally aware that the same fate could easily have been mine.

Throughout my career their influences generated deep inner thoughts about how divided we were and are in America.