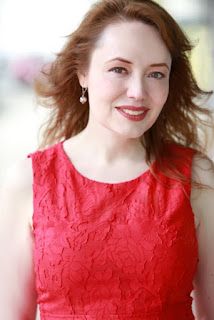 Hilary Davidson is the author of the new novel Her Last Breath. Her other novels include Don't Look Down. She lives in New York City.

Q: How did you come up with the idea for Her Last Breath, and for your character Deirdre?

A: A few years back, several friends of mine went through difficult breakups. Every single one of them had ugly stories about what was going on behind the scenes in their relationships: some of it was physical abuse, some of it was more coercive or emotional abuse.

At the time, I reacted by writing a series of stories about abusive people who came to terrible ends, but over the years, it made me start thinking about the scar tissue that abuse leaves in families—not only for the direct victim of the abuse, but for their children.

In Her Last Breath, the main character, Deirdre, gets a message from her sister after her sister’s death, telling her terrible things about her marriage.

It sets Deirdre on a path to get justice for her sister, but it also opens up a lot of old wounds, because they grew up in a physically abusive family and they were trained young to keep a lot of secrets. Deirdre is a person who has learned to be tough and self-reliant, but she’s also suspicious of everyone and lives a very lonely life.

Q: How did you decide on the point-of-view characters for this novel? 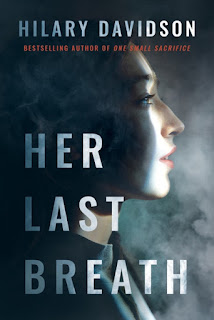 A: Writing from Deirdre’s point-of-view was intuitive—she’s grieving for her sister when she gets this message that turns her world upside-down. She’s at the emotional core of the book, and writing from her perspective felt natural.

It was the other perspective in the book that was a huge challenge—writing from the point of view of Theo, her brother-in-law, the man who killed his first wife and may have killed her sister.

I didn’t start off intending to write from his perspective, but I kept hearing his voice in my head. Initially it started off as a challenge, and I thought I’d try writing from his perspective, just to see how it would go. It felt like walking a tightrope—I was worried about giving too much away—but it also added so much to the story.

For all of their differences, Deirdre and Theo have survived a lot of trauma inflicted by their families.

Q: What inspired the creation of Theo's family, the Thraxtons?

A: We’re living in an age of incredible excess, and we’re seeing family enterprises commit crimes to rake in billions.

I’m sure there are certain families that will come to mind for anyone reading this, but one that looms large in my mind would be the Sacklers, who made billions from essentially creating the opioid addiction crisis. (There’s a great book about them called Empire of Pain by Patrick Radden Keefe.)

The Thraxton family has nothing to do with that particular crime, but the idea of a ruthless family that would do anything for money is something that’s all too real.

Q: The novel includes references to the pandemic. Had you already started writing the book when the pandemic started?

A: No, and that was a huge challenge! I started writing Her Last Breath in the fall of 2019, and I turned it in to my editor in June 2020. Midway through, the whole world changed, and I thought hard about what I wanted to include about the pandemic.

It was tough in 2020 to imagine what 2021 would be like. It required a fair bit of guesswork on my part, but there were a few things I was sure about — for example, that the effects of the pandemic would be felt unevenly around New York City, with poorer neighborhoods and people still dealing with the fallout.

Thematically, the isolation of the pandemic fit with the loneliness that Deirdre and Theo already live with.

A: I’m working on a standalone novel about a woman trying to make amends for her past crimes. Spoiler alert: It isn’t going well for her.

A: In the pandemic, I finally found the time to bring my first four novels back into print! I’m excited to say that the Lily Moore series — which includes The Damage Done, The Next One to Fall, and Evil in All Its Disguises — and the standalone Blood Always Tells are back as paperbacks and eBooks.