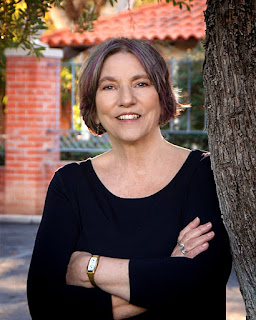 Dianne Ebertt Beeaff is the author of the book A Grand Madness: U2 Twenty Years After. It describes her experiences as a fan of the rock band U2. Her other books include A Grand Madness: Ten Years on the Road with U2. She lives in Tucson, Arizona.

Q: Why did you decide to return to the subject of U2, 20 years after your first book about the band?

A: As time went on, and I continued to advance my writing career, I found that U2 were still informing my view of life and living. It felt personally right to continue to honor them by continuing my own U2 story with a sequel to the first book.

Though the books present only one fan’s perspective, as a set I feel they comment on a still vibrant and productive part of contemporary culture, marking the influence, contribution, and historical significance of this remarkable band, from an outsider’s point of view rather than from an industry one.

There’s something here that every fan will recognize, the simple prerequisites of admiration and enthusiasm making almost everyone a fan of something or someone.

Q: What is it about U2 that captured your attention initially, and have your feelings about the band changed over the years?

A: U2 first captured my attention with their participation in Amnesty International’s Conspiracy of Hope tour in Giants’ Stadium, East Rutherford, New Jersey, in June of 1986. I loved everything about them: the vision, the voice, the passion, the power, the lyrics, the music.

Even though my “involvement” is far less intense these days, the band remains an inspirational part of my life. Their work is honest and inventive, often courageous, enigmatic, and unpredictable. Those same attributes—the vision, the voice, the passion, the power, the lyrics, the music—still dominate their work. 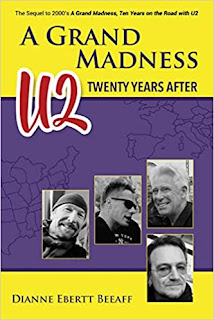 Q: Do you have a particular favorite U2 song or album?

A: I think that after all the music U2 has given the world over the years, my favorite song remains "Bad," from their fourth studio album, The Unforgettable Fire.

As I wrote in the preface to my first U2 memoir, A Grand Madness, Ten Years on the Road with U2 (Hawkmoon Publications 2000; reprint 2019), “Bad came to me at a time when I was overpowered on many fronts by circumstances out of my control. ‘Let it go’ was a command I could use.”

The song itself addresses drug addiction, but the lyrics have so readily applied to every stage of my life and often still do. The song also exemplifies all those attributes about U2 that first captured my attention.

My favorite album remains The Joshua Tree. With this album, the band grew from innocence through idealism to realism. Again, all the attributes of this remarkable band apply to that extraordinary album.

In addition, there is a spontaneity to the songs, an unselfconsciousness which became less apparent once they’d discovered “the song” with all its formality, verse and bridge.

Q: You write, “To many of us, great music is some kind of sacrament.” Can you say more about the role you see music playing in today’s world?

A: I think Henry Wadsworth Longfellow originally proclaimed music “the universal language of mankind.” Music can heal, level barriers, and educate. Often cross-culturally. Music can connect people to themselves and to others.

Emotional reactions may be influenced by specific cultural background, but music remains a powerful form of communication, conveying empathy and a sense of community, giving joy to an audience beyond sheer entertainment.

I think anyone who participated in or just looked in on—electronically—all the concerts marking 2021’s 4th of July celebrations in the wake of Covid vaccinations felt something of music’s great power to communicate and connect.